The Tears Of The Vulnerable Ghanaian Today 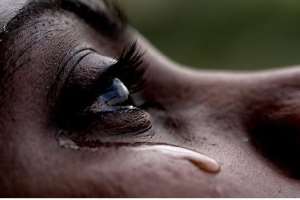 It has been a while since I picked my pen. My silence was due to observing the status quo ante of my motherland, particularly, about the economy, leadership, corruption, and the political arena. I was optimistic that a change of government would drastically change the mediocrity way of governing Ghanaians. In fact, I am really disappointed things are rather wrecking to the murky bottom.

After my yearly observations, I have decided to pick my pen again to join the congestion of opinions. What I want to discern unto the hearing of the youths this year are impressive. I keep seeking divine favor for all for survival and successful living.

Everyone will bear with me that the rate at which the youths are dying is rampant compared to the aged ones. Have you asked yourself why the youths as Benjamin Disraeli said “…the trustees of posterity” who are to give the burial to their parents have now upturn and parents are rather entombing their children? You may consider it as a natural phenomenon but remember, our environment has been polluted to the extent that all our foods are contaminated with chemicals so the youths are not healthier as compared to the aged. Anything related to our health facilities are scarce and congestion at the health sectors has become order of the day.

It is not just devastating but really annihilating in this era. We all feel sad when a colleague youth called to the grave. It is an undeniable fact that death is something none of us can stop it when the time is due. However, the impecunious economic situation today adds catalyst to the short life span of many.

It is sadden we claim to be a religious country but our attitudes are parallel to what religion is all about. I can unequivocally say, what the Bible and Qur’an condemn are what we usually do. Most actions and inactions exhibited by our leaders are self-explanatory that, they are not humble to be molded by the Creator.

We lived in a world that has been morally and spiritually corrupted by politicians, artistes, most religious leaders’ and et al. Would you agree with me that we are living in an empire of false religions? The rates at which most religious leaders escalate their demonic moral acts vividly send signal to our hearing that we are living in an end time.

Those living innocent lives are allegedly kidnapping by politicians for mischievous propaganda against their opponent. The pastors who claim God speaks through them also murder humans and part of the bodies are used for sacrifice. The citizenry are being immune by hardship economy prioritizing by the stewardship of selfish, greedy and sycophant leaders.

Now the system has forced every youths who want to get government work to save his or her peanut National Service allowances or NABCO stipends for inducements in order to secure a job or to seek a greener pasture outside Ghana. Most managing directors do not append their signatures for recruiting staffs unless brown envelopes have been given out. These same leaders after extorting from the poor and the vulnerable, will mount political podiums campaigning with heavenly promises to be given the nod to serve whilst they themselves lack serving spirit. All that they know is to rob and frustrates the poor and the vulnerable. It is time we thought smarter than those they claim they are in to serve us. Let us change from our subjective way of thinking which has baptized our mental “capricorn” (perception) that always leads us to the doom.

In fact, good mentors in our time today are scarce. Leaders who claim they have the nation at heart to help the vulnerable are rather wolves clothed by sheep’s skin. After given them the power, we feel sorry afterwards for wasting time on them.

Ghanaians have been enslaved with hardship economy for long. Less attention is given to health sectors, the economy, and other relevant social amenities. How our leaders can create, loot and share to enrich themselves are what they keep dreaming every day. The major aim of every one is to move from rag to riches.

As we strive to get our daily needs, those who are to help us achieve our goals have change the success pattern and the ‘passwords’ have been given to their families, friends, cronies-nepotism is at its peak. Few peoples are enjoying whilst the majorities are in abysmal situations.

Corruption has taken over every institution in Africa and Ghana in particular, is more than sea sand. The hardship economy accompanied by government failure to pay all necessary allowances to lecturers has now demonize our educational institutions and certificates are now sold in the market. After gaining admission, all they need to do is to pay to induce the corrupt lecturers for marking schemes, examination papers and sometimes better grades to boost their GPAs. It is becoming norm for most physically attractive ladies to persuade lecturers with sex for grades when they see they are failing in their academics. As I keep on asking “when shall when be when”?

Education that only gives the poorer ones a chance to mingle with the riches is now something of the past. The poor boy will strive to read and study to acquire the knowledge but after school the rich and connected ones will be employed while the knowledgeable poor boy becomes economically stagnant. This reminds me of a colloquial saying from a funny philosopher called EL LIZATO who said “In Africa, connections and ‘who you know’ are better than qualifications”. Education as the key to success has changed for the poor. In Ghana, you can graduate and stay unemployed until you forget the course you studied.

Everything has been politicized and monetized. Even the judiciary and the National Peace Council are not left out. Now justice is difficult to find. Many judges have lost their objective thinking minds and are now allowing politicians to use them as punishing sod all because of promotions – puppets to the highest level. The Religious leaders and National Peace Council who are to be most concern about the peaceful atmosphere of Ghana now thinks politically. All that the government needs to do is to corrupt them with huge sum of money.

Even violence orchestrated by current governing political party vigilante were praised by National Peace Council and the words from the peeved patriotic citizens were rather condemned. – ‘Pharisees ‘to the professional level! After taking their baptisms from ‘River Jordan,’ they are now baptizing again from political pools. Hamm! Soon the wheat will surely be separated from the chaffs when the time comes.

It is a trite fact that the government is doing it’s best to recruit more workers into the government sectors. However, those recruitments are mostly backed by protocols from the ruling political party and those who have the sum to induce without passing through any competitive transparent tendering process. The objective and neutral ones are now in the lurch. I remember during the president’s inauguration speech on the 7 day of January, 2017, he promised he is going to rule without discrimination, affection or ill-will and urged all Ghanaians to be citizens not spectators. Now it will shock you that murdering has now become the dividend of being a citizen. It is really apparent. When one criticizes the straying movement of the government, the propagandists who are allergic to truth will be plotting murder against you, all because they see your actions as saboteur to their day-light-robbery enrichment.

I am always surprise that Ghana, steering by a former human rights activist and a lawyer of good standing, yet everything is now against the tenet of the rule of law. There are higher tendencies of corruptions and favoritisms which are negating this current government which he scolded his predecessor of supervising corrupt officials when in opposition. As a colleague learner said, “Ghana today, the impossibility at the past can and now be possible”. Everything is totally capsized, advancing in mediocrity rather.

In conclusion, Ghana does not belong to few people; neither Akyems nor Gonjas. Ghana belongs to everyone by birth or by nationality. We need a humble leader, a leader of peace with non-violent mindset; a leader who will not clear culpable corrupt officials where the prima facie have been established; a non-discriminatory leader and a leader who has the entire nation at heart; a government with equal access and equal opportunity; a government whom the people’s lives matter to them with equal centered mindset. Let us rescue the sinking boat (families and friends) and bring the equal opportunity agenda. I end my opinion in this quote “The laws of nature are same in Dubai, China, Japan, the U.S and Ghana. If we think we can continue to elect leaders who are not knowledgeable and competent intellectually and achieve progress, we are deceiving ourselves. We must look at the root cause of our problems. We have a big problem with intellect”. I urge all electorates to ponder upon this.

THANK YOU.
Long live the youths!
Long live everyone!
Long live mother Ghana!
THE WRITER IS A STUDENT, YOUTH AND POLITICAL ACTIVIST

Okada Business Will Keep Booming If Roads Are Not Expanded –...
34 minutes ago

Mahama Promises One TVET, One District
34 minutes ago