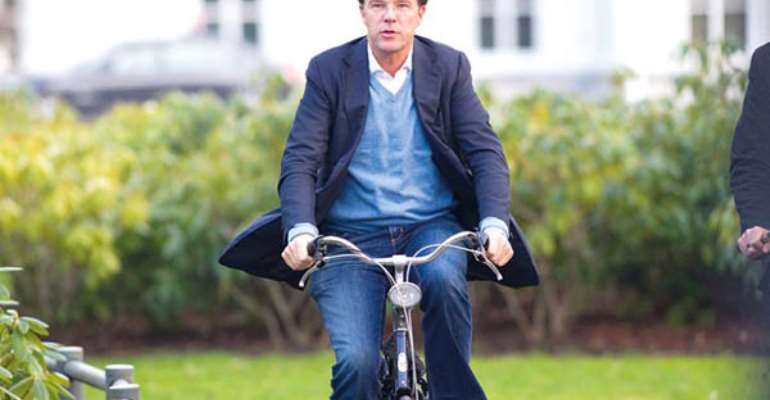 Cycling is the fastest mode of travel in town. On proximity journeys, the bicycle is, therefore, as fast as a car in an urban environment and even more efficient door to door and the bike goes everywhere, which reveals all its virtues.

Even though in many African countries, including Ghana, governments are concerned about heavy traffic in the cities, when constructing roads, bicycle routes are never taken into consideration.

Unlike Europe, cycling is a great way to be at work or a mode of transport that facilitates social ties and reduces traffic congestion.

Amongst Belgium, Norway, Denmark, Switzerland, Finland, and Germany, Holland may probably be a country that uses bicycles most in the world. Even in the heart of Amsterdam is the Bicycle Hotel, which parking space is reserved for cyclists that lodge at the hotel.

Traveling by bike is great when the weather is nice but as soon as it rains, it quickly becomes a hassle, despite that thousands of people, including famous politicians use bicycles to work each morning. One of them is the Prime Minister of Holland, Mark Rutte.

“I didn't cycle a lot for 10 years. But for the past two years, I’ve had my own bike again and, when the weather allows, I travel into the office that way,” he told the World Economic Forum.

Utrecht, a city in Holland, seems to understand how to mix necessity with headlines, something that Amsterdam is still figuring out. The world's largest bike parking facility, with space for 12,500 bikes, is brilliantly under construction.

The Netherlands is known as the favourite spot for cyclists as the city has more than 500 km of bicycle lanes and 50% of the total commuting is done on bicycles.

To decrease air pollution responsible for climatic change, heavy traffic in the cities, towns and in other high-density areas, European countries have made the construction of bicycle routes throughout the cities a priority.

Holland citizens going to work on bicycles is something very common

It has long been such a phenomenon; “The Dutch love cycling because we are a small country. We have to get from A to B and of course, taking a car, yes, is an option, but you have congestion plus the environmental impact."

"From the old days, almost from the late 19th century, we're used to taking a bicycle, ” the Dutch Prime Minister Mark Rutte explains.