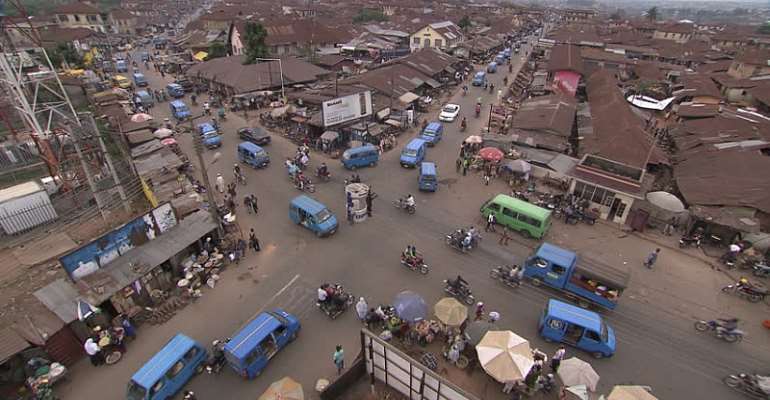 To a casual observer, the philosophy of maize signifies that the process of life is gradual. The first thing you see in maize, when it is growing, is the root, followed by the shoot, before the leaves eventually appear.

What this simply means is that, when Gboyega Oyetola came on board as governor of Osun State, he had three notable groups of Nigerians to contend with. The first comprised a cross-section of the people - the agitated, who were banking on the wholesale application of the ‘philosophy of what works’, to demand change ‘with immediate effect.’ To the second class of people, ‘life itself is gradual.’

Therefore, the governor should be given a chance to build development, because ‘destructive change can lead to the disruption of the social order.’ The third category is comprised of the anarchists and pessimists who, right from the first day, have been fortified with the notion that time moratorium is futile; ‘chance or no chance, nothing good can come out of this government.’ In the eye of the objective observer, therefore, how has Osun fared in the last one year, in the context of the hypotheses above?

Well, for those who want ‘immediate change’, it is a lose-lose situation, because, effectively, nothing so spectacular has really changed, except, of course, that civil servants are now paid as and when due, which, in practical terms, is one of the cardinal duties of any responsible government. Talking to facts, policies of government must work; and must be seen to be working. Therefore, the issue at stake is beyond policy formulation because no insight is so far gained or meaningful benefits achieved from the application of sophistry or brand manipulation of government policies.

The most unfortunate thing about the second class of people is that, from the look of things, this set of people will also have to wait, possibly, till ‘Thy kingdom come’ before they begin to see some meaningful development. And the reason is simple: it takes leadership, good vision, foresight, accommodation, resilience and good politics to achieve development in any given society. For Osun, the sad narrative is not about the dearth of competent hands or attributes of leadership. It is, most unfortunately, about a palpable lack of cohesion in the policy machinery of the state. For instance, the newly-appointed commissioners, in spite of an elaborate retreat organized for them at the inception of their cabinet responsibilities, still work as if they are alone, striving individually, rather than as a team, to ‘please Mr. Governor.’

For the third category of people, history over the time, has shown that, unless something concrete and tangible happens to mitigate their agitations, they are likely to win the day! It is therefore for the government of the day to prove them wrong!

Far from waxing lyrical, the troubles with the current administration in Osun are many, some of which may not have been initiated or caused by the incumbent occupier of Bola Ige House. Nonetheless, failure to address these thorny issues with tact - and holistically too - may spell doom for both the ruling party and the sitting government. To put it mildly, one of its shortcomings is that there are too many neophytes, who call themselves politicians, currently in government. When you have cabinet members who do not enjoy robust political patronage amongst the indigenous people; or, widespread legitimate acceptability; or, whose acceptability profile is defective, such a government will be unstable, lacking genuine respect of the use of state’s unquestionable authority! And, that is dangerous for a transformational democracy like ours!

Well, it is possible to carelessly tag the agitations of the ‘old-guard politicians’ as being inconsequential, but they sure know what it means to lose political capital and commanding influence; more importantly, how to gain back any ‘lost’ political goodwill, more than the greenhorns. The general feeling out there is that the old politicians are no longer relevant and some identifiable groups of people within the ruling party, who sincerely worked for its victory in the last governorship election, are currently left in the cold.

The orthodox market women, aka Iyalojas, are no longer dancing while the usual handshake between the street and the Seat of Government has become a thing of the past. The ‘State Boys’ are reportedly trapped in the nightmares of their neglect while erstwhile conversations between the clerics and their long prayers for the state no longer find accommodation in the government’s scheme of things. The political hangers-on are hungry and are ready to write the prescriptions, even, administer the dosage for an ‘Us vs. Us’ implosion in obedience to the intensity of their resentment. Strangely, too, the opposition, though still licking its wounds, is busy strategizing how to capitalize on the alleged political naivety of the government. To a vast majority of these aggrieved blocs, the unbearable realities are showing on their faces and this may have negative effects on the very foundation of governance in the state if either of two things is not opted for.

The first is to accommodate the old structures with tact and caution and learn how to manage them, especially, taking into consideration the place of August 9, 2014 in Nigeria’s rich political history. As a remarkable Nigerian and an accomplished politician, a time like this presents a tempting opportunity for Oyetola to reach out to the useful ones among existing structures, buy them over and make them work for him. After all, politics is about the people; and policy without the people is a nullity! Interestingly, too, winning elections and governance have obviously moved away from party issues. I will return to that later!

In the alternative, the administration may need to talk to the Service Chiefs and the Inspector General of Police (IGP) to give state heads of security agencies needed directives and incentives to do the bidding of the governor wholesale. Of course, this may be more costly and unhealthy, especially, in a country buffeted on all sides with problems of insecurity, economic underdevelopment and over-politicization of all sociopolitical issues.

Yes! The political power and influence of the sum total of the diverse politically aggrieved groups of people in Osun may not be able to successfully challenge the state. Nonetheless, the dark side of politics is that, collectively, they stand formidable; and could probably slow the pace of development, or, altogether, render the state impotent. Also, the rightness or otherwise of the structure and relevance of what the active actors do will depend, largely, on who is doing the appraisal or attempting a definition.

(To be continued.)
*KOMOLAFE writes in from Ijebu-Jesa, Osun State, Nigeria ( [email protected] )