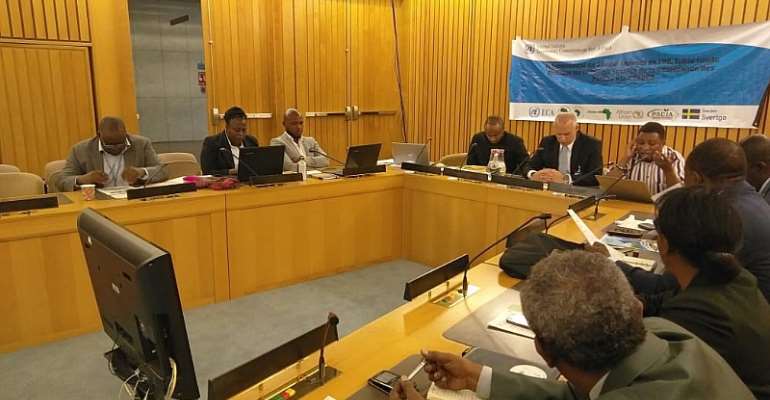 Under the theme “Silencing the guns: Creating Conducive Conditions for Africa's Development”, the 33rd African Union (AU) Heads of State and Government Summit in Addis Ababa, Ethiopia, is not fully focusing on climate change.

However, the Pan African Climate Justice Alliance (PACJA), which is activity participating in the event, is drawing attention to the climate crisis and how this can contribute to a peaceful continent in the shortest time possible.

This has been viewed as another way of silencing the gun, as food insecurity, climate related migration and conflict over resources have been key contributors to strife, yet all of them can be managed through adaptation and mitigation.

On the sidelines of the summit, the Climate for Development (ClimDev) Africa partners; the African Climate Policy Centre of UN Economic Commission for Africa (UNECA), the African Union Commission (AUC), the African Development Bank (AfDB) and PACJA, hosted a roundtable which was themed “The Global Climate Crisis and the implications on Africa’s Future”.

The roundtable meeting sought to “reflect and take stock of the UNFCCC-COP 25 outcomes, and the implications for the African people”.

Ambassador Seyni Nafo, Coordinator of the African Adaptation Initiative and African Group of Negotiators Spokesperson, in his address, said there was a paradigm shift in the COP negotiations, as the African Heads of State wanted to hear about solutions to climate change from the experts.

“The complex geo-political economy is shaping the climate change discourse, where energy is driving investments globally. Translation of important climate decisions into action on the ground in Africa should be emphasized,” he said.

Of key importance for the meeting was how Africa stood to be affected by the decisions made at the COP25 meet in Madrid, Spain in December 2019, and what would be the best way forward.

Africa failed to achieve a special case status at the COP25, and grapples with challenges from finances, technology transfer, infrastructure improvement for the sake of adaptation and mitigation of the climate crisis.

The Roundtable meeting therefore deliberated on what “Africa stakeholders should focus on, especially in the advent of the NDCs implementation in 2020, shaping its resilient future and its approach to the international dialogue on climate change moving forward”.

“Meeting the climate challenge still means keeping below the benchmark threshold of 1.5 degrees Celsius, and thus limiting climate-induced loss and damage effectively,” read a statement from the two day meeting.

According to PACJA Executive Director, Dr. Mithika Mwenda, who addressed the roundtable meeting, CSOs need to work with governments and ensure maximum access to green climate fund to enable capacity building and ensure maximum addressing of the climate crisis.

The other key figures attending and speaking at the roundtable meeting are James Murombedzi, Head of Climate Change (ACPC), ECA, Amb. Dr. Alastair McPhail, UK Ambassador to Ethiopia and Permanent Representative to African Union, who tackled “Looking ahead to COP26”, and members of the ECA secretariat, who include MrJean-Paul Adam, the Director, Technology, Climate Change and Natural Resources Management, ECA and Harsen Nyambe Nyambe, Head of Division, Department of Rural Economy and Agriculture, AUC.