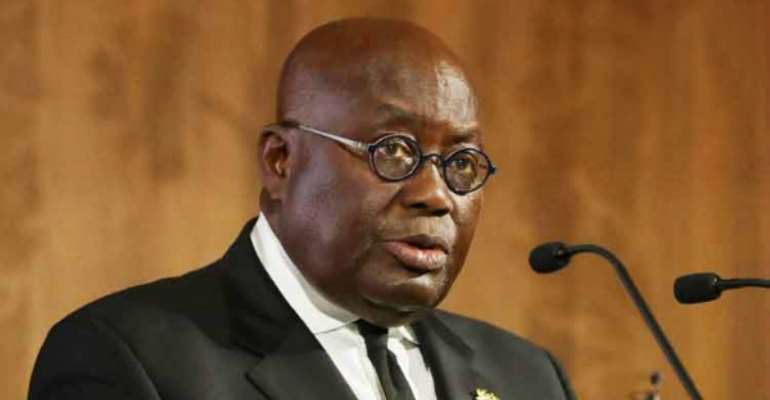 A society where greed, jealousy, and hate is a common thing, inevitably tends to trivialize trickery of all kinds in politics. The Ghanaian political arena is full of deceptive heartless politicians, whose motives are to give assurance to the common Ghanaians that they care but they think of their welfare first.

Ghanaian politicians believe that lies, cheating, greed, hate, and corruption, are part of politics, therefore, these malpractices must be applied in whatever they do with the intention to take power or keep it, with cunning ulterior motives, calculations, and strategies.

I wouldn’t have known how cruel and heartless Ghanaian politicians are until I came to Europe three decades ago. In fact, the life of a common Ghanaian is valueless. The neglected communities, poor medical facilities, poor roads, and dirty environments kill Ghanaians, while the government shows less concern.

The latest assessment of the coronavirus epidemic reports over 900 deaths in China and more than 34,500 people were infected, almost exclusively in the country.

While a growing number of countries around the world are evacuating their nationals from Wutan, hit by the virus, the Ghanaian government has made it clear that “they will not bow to pressure to evacuate Ghanaian students.”

I find it hard to understand the Ghanaian government. Is it because of the cost involved in the evacuation or are scared the students may infect other healthy Ghanaians when they bring them to Ghana?

Whatever the reason that decision doesn’t only undermine Akufo Addo's government but also shows that the life of a common Ghanaian is valueless. In every situation, the Ghanaian government must try to show care to Ghanaians both in and out of the country.

A true government that really cares for its nationals will definitely go for the students to quarantine or isolate them to be thoroughly examined because it is likely that not all of them might test positive and also possible that none of them has had the virus. This is what countries that have gone for their nationals have done.

With such a decision announced by the Special Advisor to the President Akufo-Addo on Health, Dr. Anthony Nsiah Asare, why do Ghanaian politicians often get angry when people accuse them that politics in the country is to enrich themselves but not for the common Ghanaian?

Selfish politics in Ghana will not yield any good results in the country. Akufo Addo made that decision because a few days ago, Mr. Samuel Okudjeto Ablakwa, Member of Parliament- North Tongu, asked his government to evacuate Ghanaians from Wutan.

To follow that decision, that may seem the government has obeyed instructions of a member of the NDC party and lowered their self-esteem at the same time to the member of parliament. That is how selfishness, ignorance, hate and jealousy reign in Akufo Addo's government.

Intelligent Ghanaians out of fear or whatever reason have failed to persuade Akufo Addo’s government to continue the uncompleted projects left by the former government but economically, Ghanaians will pay for that dearly.

What Ghanaians must understand is whatever greed, political hate, jealousy, and selfishness style of government Akufo Addo is depending on to rule Ghana, will not affect the politicians but the common Ghanaians.

Even in some of the constituencies, the NPP is preventing other prospective aspirants from picking nomination forms to contest in the party's upcoming parliamentary primaries. What kind of greedy and selfish politics is this?

I don't know how many times I will repeat this, Akufo Addo's ambition to be in office for the second time will be a dream of illusion in most developing countries let alone a developed country, the fact that he has left projects which belong to Ghana uncompleted because the former government, NDC started those projects, disqualifies him.

What a terrible stubborn leader without understanding, compassion, and integrity?