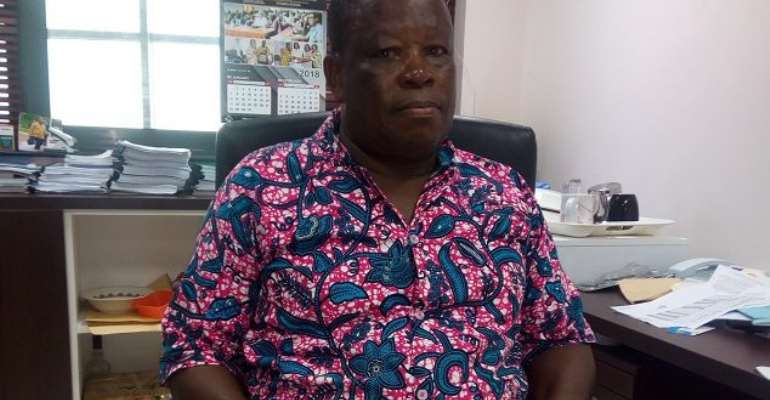 The Yunyoo MP got trapped in one of the "Job 600" elevator' in Parliament for over forty-five minutes whilst going to his office.

Narrating his ordeal to Punch News, just after the incident he described his experience as very shocking and disbelief.

According to him, all three emergency numbers in the elevator he had called didn't yield any result.

"As I entered the elevator en route to my office on the 9th floor, but the elevator stopped abruptly on 4th floor and entrapped me for 45 minutes in unbearable heat.

"I tried all the three emergency numbers available in the elevator to no avail, unfortunately, there was nobody around to assist me get out of the entrapment.

"I was lucky to have no blood pressure or cholesterol in my system, else I could have suffocated to death. Having made those effortless calls and couldn't get anyone to come to my aid, I tried calling Ex-President Jerry John Rawlings number too, then I remembered that an Indian instructor once told me that one should knock the elevator door thrice in an emergency situation.

"After applying the Indian instructor method the elevator door opened and violently threw me out to my relief. Am going to report this incident to the leadership of Parliament because this can happen to anyone and could be very costly," he recounts.

Meanwhile, sources close to this paper said the Job 600 elevators are not in good shape and deserve urgent attention to forestall similar situation in future.

This is because some of the leadership in Parliament have also experienced the nasty elevator entrapment in recent times and nothing has since been done about it.