Venezuela Is Relaunching PetroCaribe Program, But Is Haiti Included? 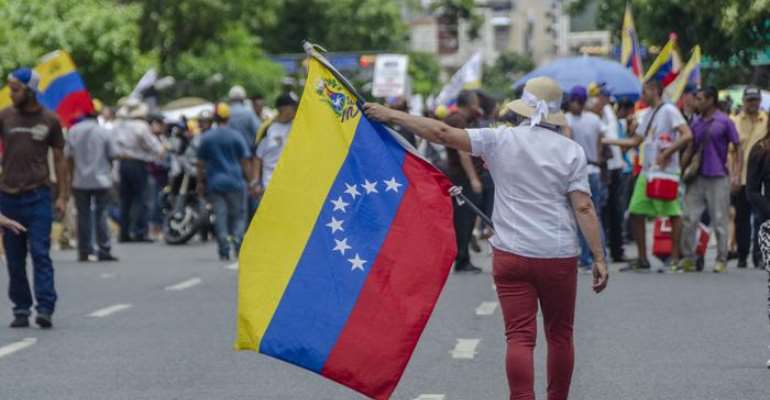 According to multiple reports, Venezuela is supporting the proposal of relaunching the PetroCaribe energy cooperation agreement for Caribbean countries in 2020 but the Haitian population wants to know if Haiti is on the list this time even after the current Haitian Government led by President 'Jovenel Moise' and PHTK voted against Venezuela then joined the United States, the competitor of Venezuela and President Nicolás Maduro.

Let's not forget that PetroCaribe is an oil alliance involving 18 Caribbean member states and the alliance was founded on 29 June 2005 in Puerto La Cruz, Venezuela. According to Venezuela, those two members Haiti and Nicaragua joined the union at the third summit that was held in Caracas. Sadly, the PetroCaribe money helps all the Caribbean countries, except Haiti because of bad Government and leadership.

The Haitian Government was supposed to use the extra money to develop Haiti's economy and fund social programs. Instead, at least $2 billion (equivalent to almost a quarter of Haiti’s total economy for 2017) went missing and Haitians saw few of the promised benefits, according to protesters and local media.

From 2017 until today, for more than 3 years, Haitians outside Haiti and across Haiti have been taking to the streets to demand the resignation of President Jovenel Moïse amid allegations that his administration and PHTK wasted all the money that was supposed to develop Haiti.

Haitian taxpayers owe Venezuela billions of dollars for the borrowed oil that Jovenel Moise and PHTK wasted but thanks to the former Haitian Senator 'Moise Jean-Charles' who met President 'Nicolás Maduro' to apologize on behalf of the Haitian population. According to the Haitian population, the former Haitian Senator Moise Jean-Charles, the founder and main leader of Pitit Dessalines, is the only honest leader and the only hope for Haiti.

The U.S. even forced Haiti to vote against Venezuela because the American people want to keep Haiti down forever so they can continue to exploit the resources of Haiti and take advantage of the Haitian people. According to the protesters across Haiti, the PetroCaribe program was effectively a way for Venezuela to give other countries development loans but the current Haitian Government and PHTK ruined the previous opportunity because the money went missing. With global oil prices at record levels in the early years of the program, the oil sales generated a lot of cash.

"I think the current President of Haiti Jovenel Moise made a big mistake for voting against Venezuela to join the U.S. because the Haitian population said that the U.S. and some U.S. organizations are responsible for all the misery and poverty that's going on in Haiti.", said Mr. Werley Nortreus, a member of Pitit Dessalines (Political Party).

The Haitian population and some political leaders believe the U.S. is punishing Haitians because Haitians were the first black nation who won a successful revolt.

"Haitians are being punished for being the first black nation that helped and Taught many countries how to get their freedom. Through the years, Haiti is being punished for the liberation of many slaves around the world. Unfortunately, that's why they don't want Haiti to prosper.", said Mr. Werley Nortreus.

According to the President of Venezuela, he believes that the former Haitian Senator 'Moise Jean-Charles' should replace the current President of Haiti Jovenel Moise right away because of PHTK bad behaviors in the past few years.

"Let us assume as a joint task the relaunching of Petrocaribe and its total functioning in the first semester of 2020, as a great ALBA goal.", Maduro stated.

If Haiti is on the list to benefit from the PetroCaribe program in 2020, the current Government must step down so an honest Government can get the deal so Haiti can succeed.