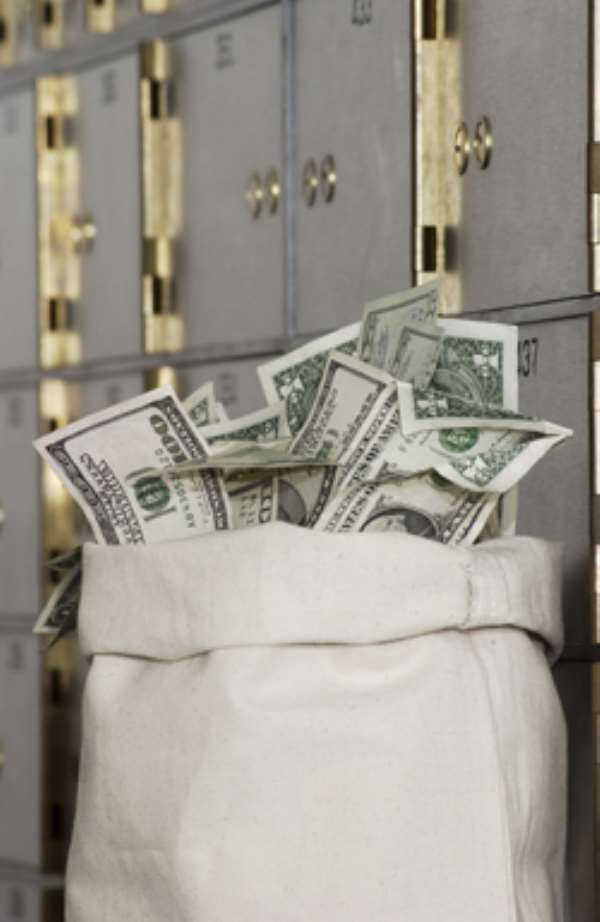 I was excited when I read about the establishment of a Financial Intelligence Unit in Ghana aimed at combating money laundering, corruption and cross border crimes. In fact this Unit has come at a good time and I hope the government will speed up the establishment of such a Unit and as the Finance and Economic Planning Minister mentioned, put before Parliament at its next sitting in May.

The issue of money laundering is an international headache and the fact that Ghana is establishing such a Unit is welcomed. This would prevent the transfer of criminal funds in financial systems and also put proper alert mechanisms in place.

The extent to which money is laundered globally is estimated to be between $500 billion and $1 trillion. The wide range of the estimate highlights the difficulties associated with obtaining accurate data on this problem. This is the case because only a limited number of countries have set up anti money laundering systems that are up and running and therefore able to provide appropriate statistics. The problem of lack of accurate money laundering statistics in Africa is compounded where the setting-up of anti-money laundering system is only gaining momentum now. It will take some time for Africa to build up accurate statistics on money laundering as this would have to be sourced from actual cases investigated and finalized.

Money Laundering generally can be described as any financial transaction which generates an asset or a value as the result of an illegal act, which may involve actions such as tax invasion or false accounting.It can also be described as any process that is carried out to disguise or conceal the nature or source of or entitlement to money or property from criminal activities.

Although countries have come up with different money laundering definitions in their statutes, it is important that any useful definition should recognize that crime of any nature is an act against society and as such, to launder any proceeds from unlawful activity or the contravention of any law followed by laundering should been compassed in the definition.

From the above description, the illegal activity of money laundering can be seen as potentially practiced by individuals, small and large business, corrupt public officials, members of organized crime (such as drug dealers) or or even the judiciary, and intelligence agencies.

In assessing the international concern of money laundering, one would remember that The United Nations Convention Against Illicit Traffic in Narcotic Drugs and Psychotropic Substances, adopted in December 1988 in Vienna, was the first international instrument to address the issue of proceeds of crime, and to require countries to establish money laundering as a criminal offence.

This fight against money laundering, according to the Convention, is to attack transnational criminal organizations at their weak point. This is because money generated by criminal activities is difficult to hide; it sometimes constitutes primary evidence of the crime.
Since the end of the 1980's, Countries have endeavored to establish these alert mechanisms, to ensure that criminal assets can be identified, seized, and confiscated wherever they are.

During my research into this money laundering business, I met with a Financial Intelligence guru who informed me that money laundering is often described as occurring in three stages, these stages are strategies used to make the process legal and can as well hide its source. He mentioned Placement, Layering and Integration. Placement refers to the initial point of entry for funds derived from criminal activities. Layering he said, refers to the creation of complex networks of transactions which attempt to obscure the link between the entry point and the end of the laundering and finally Integration, which he said refers to the return of funds to the legitimate economy for later extraction.

In my quest to know more, I ask him to give me specific examples, I was shocked when he told me that, some Ghanaians are into money laundering business, he continued by saying that it is quite unusual for someone who operates a small or medium sized shop at let's say, Kantamanto, Osu or Kaneshie to be making millions of cedis a week from his business and depositing that money in a bank. He believes that when one is making huge deposits in a bank, the person's background should be checked and reported to the Unit in charge. He was quick to add that most of these shops are ran by wives and relatives of top government officials, politicians and other members of organized crimes especially drug dealers.

He concluded by saying that, some of our politicians, public officials and those who are involved in money laundering have used the establishment of NGOs as a way of moving money between trusted organizations so that illegal donations from inappropriate sources maybe illegally used for personal gain.

Money laundering is indeed a global problem which can do more harm than good to Ghana. In order to protect our respective financial systems from the destabilizing effects of money laundering, it is imperative that we act and respond to this scourge with unprecedented resolve and commitment to combating it.

Everybody has, therefore, a responsibility to combat money laundering, because its negative impact has a unique way of creating far ranging negative consequences.

We should be able to undertake a national research and studies of the money laundering typologies commonly practiced in Ghana. By tackling money laundering we would be attacking the criminals at their weakest and most vulnerable point - their money sources.

I would like to sum up by congratulating the Government, and also remind them and the good people of Ghana that money laundering is a crime that affects every individual, businesses and government, and creates an important concern to the extent that if it is unchecked, it has the potential of fuelling crime, and ultimately affecting national and international economic performance. The combating of money laundering requires first and foremost the crafting of appropriate laws and the creation of national and international capacity and the coordination thereof. And I strongly ask for political commitment at all levels so as to achieve this objective.