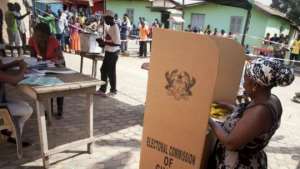 Humans would not have been superstitious if they could handle all their circumstances by set rules or if they were always favoured by fortune. Being frequently driven to straits where rules are useless and fluctuate pliably between hope and fear by the uncertainty of fortune’s greedily coveted favours, humans are for the most part prone to credulity. It is thus understandable that most Ghanaians believe that Ghana has been established to be a peaceful country by God himself and it will be peaceful no matter what happens. What a fallacy! When state institutions favour the haves over the have nots, and fail to uphold and maintain the objectives for which they have been established, violence may not just be an expected outcome but a certain one.

Under the influence of reason, experience, and principle with evidence, I denounce the automaticity of peace and the perception of it in the political terrain of Ghana as held by majority of the citizens in this write up.

Men’s habit of mind differ, for what moves one to pray may move another only to scoff. The violence at Ayawaso West Wuogon, the failure of the main opposition and the government to resolve the issues of the violence amicably, the regrettable dismissal of the Ayawaso West Wuogon commission’s report by a government white paper, the failure of state agencies like the Ghana police service to bring the perpetrators of the violence to book will however bring a convergence of mind of Ghanaians on the need to drum home the necessity for peaceful elections this year. The need for peaceful elections is more important than the elections itself. For if there is no peace before, during and after the elections, both the victor and the competitors will have no reasons to celebrate and lessons to learn respectively. Peace in Ghana is paramount but not automatic as assumed by many.

To ensure peaceful elections, the effort of all stakeholders especially the major players like the electoral commission, the political parties and government must instill trust, confidence, commitment and most importantly patriotism. Current situations in the country however show meaningless verbal assurances of peace with no commitment to same.

Government even in its best state is but a necessary evil, in its worst state an intolerable one for when we suffer or are exposed to the same miseries by government which we might expect in a country without government, our calamity is heightened by reflecting that we furnish the means by which we suffer. Things might be difficult under the government, apathy might be genuine and high and the desire of individuals and groups not to care or participate in the political process understood. But where will you be when the peace in Ghana is destabilized? Even if we do not believe in the government and its agencies, we are mandated to ensure the means by which they come to power is peaceful. This is not for the benefit of the government but for our own existence and survival. We must all work towards peaceful elections in December, 2020.

Nonviolence is a powerful and just weapon. It is a weapon unique in history which cuts without wounding and ennobles the man who wields it. It is a sword that heals. Violence on the other hand, is the language of the unheard. The old law of an eye for an eye leaves everybody blind. However, nonviolence in elections is predicated on the activities of players like the political parties, the government and the electoral commission. The unfortunate posture of the two major political parties, the National Democratic Congress and the New Patriotic Party with regards to vigilante groups and the quest to disband them is worrying. The seemingly autocratic posture of the Electoral commission in their quest to introduce a new voter’s register even when there seem to be no need is a recipe for disaster. The daily commentary by political activists and party surrogates, inflaming tensions especially with regards to the issue of a new voter’s register is a powdered keg waiting to blast. The lack of trust in the Ghana police service and other security agencies to deal with politically motivated issues without fear or favour is a dagger drawn ready to strike. The inability of the judiciary to swiftly deal with political cases before them and severely punish offenders to serve as a deterrent to all is an anger in the bosom of many waiting to burst out. The comments, posts and tweets on social media by individuals and groups that portray state institutions in bad light is not helping.

Anyone can become angry, that is easy. However, to be angry at the right person, to the right degree, at the right time for the right purpose and in the right way is not easy. This is the reason why in our quest to win elections, introspection is necessary to determine our true selves. Most people in Ghana are not interested in politics to serve but for the benefit that it gives. We are witnesses to young men and women who were transformed over night from poverty to riches by dint of politics. If our motivation for politics is wealth and riches, then of course, we are ready to do anything to achieve our objective. The motivation of a true leader is to help improve upon lives.

Political parties who lose elections must realise that failure is a detour not a dead end. For the National Democratic Congress (NDC) and the New Patriotic Party (NPP), this should be succinctly clear as they have both drunk from the stream of political failure. Unfortunately, they still behave like those who are afraid of death knowing very well that once they live, they will die. State institutions should implement to the latter, rules and regulations that help better govern the country. We must all realise that if God wanted us to live in a permissive society, he would have given us ten suggestions and not Ten Commandments. We must respect our laws for, without laws, we are animals in the jungle. It is said that people who have good relationships at home are more effective in the market place, parents have a role to play in ensuring peaceful elections. We all listen to our parents no matter how old we are. Parents should speak to their children and wards to be decorous in public as the training they receive from home will be exhibited in public.

As Shakespeare indicated, the world is a stage where everyone must play a part. Play your part to ensure peaceful elections in Ghana. The benefits outweigh the costs.