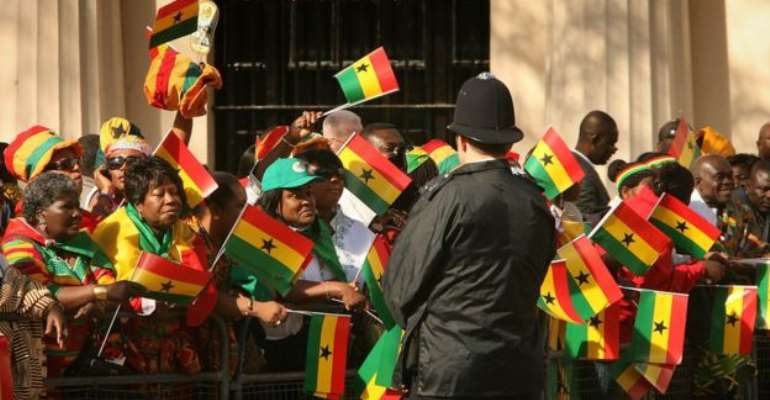 In my previous article, I discussed the wickedness of women in Ghana towards men abroad. This article, on the other hand, throws light on the wickedness and ingratitude of men abroad towards ladies in Ghana. There are a lot of instances where abroad Ghanaians have tricked, deceived, punished, stressed and extorted sums of money from ladies in Ghana.

There are several reasons why Ghanaians abroad decide to marry women in Ghana. Very often Ghanaian men abroad are reluctant to marry Ghanaian women living abroad because these women are hard to succumb, control or overpower. They have learnt about the rights they have as women in marriage. When the men prove too hard and dictatorial, the women lose nothing because they have their residence and work permits.

Daniel lived in Ghana with his girl-friend. For all the five years they lived together it was the lady who provided for the house because Daniel was jobless. The lady's father was a bank manager. One fine day, Daniel came home with good news. His friend had helped him to obtain a Canadian visa.

In fact, their excitement was irrepressible. Daniel knew he had no money to buy a ticket and travel insurance. He was able to convince her girlfriend to see her father for a loan and he promised her that he would come back to marry her and take her to Canada. The father granted her a loan which was enough to buy a ticket and travel insurance for Daniel. He was in Canada for three months and failed to call his girl-friend because he found a Canadian girl-friend a week on arrival. He finally called her girl in Ghana and told her to find another person who would marry her.

The lady wept and demanded a refund of her money. The lady did not stop there. She contacted a juju man in Benin and for more than two years Daniel remained jobless. His white girlfriend left him because he became sexually impotent. Now, will her former girlfriend be satisfied?

Mike lived in Finland. He had a friend in Italy who has lived there for so many years without residence permit. She asked Mike if could help bring her sister, who is in Ghana, to Finland. Mike agreed but he charged her 4000 euros and 1000 euros which would enable him to travel to Ghana for a contract marriage with his friend's sister.

The lady paid the money in full with the hope that Mike would be able to help her sister. For six months, Mike did not take any action towards going home to contract a marriage with the friend’s sister. The lady in Italy was getting worried and suspicious when he called Mike's phone and a voice message replied that the number does not exist. Beloved, what should this woman do to this wicked man, Mike?

Let us compare the above to what happened in London. A legally resident Ghanaian woman in London promised to help a Ghanaian man named Max, who lived illegally in London. The lady told him that he was going to contract a marriage with him at a cost of 4000 pounds. Since he badly needed to regularise his stay in London, he paid the amount. The lady put the date for marriage three months forward. A few days before the three months expired, the lady called him to tell him that her company had transferred her to Leeds and as soon as she got settled she would give a date for the marriage. As fate would have it, Max was walking around Tottenham when she saw the lady entering the same factory she used to work. He shouted and called her, "Mabel, you deceived me. I am no longer interested in your help, just give me my money." Mabel scornfully looked at him. This is what she said: "Max, I don't owe you. I will frame you up and get you deported to Ghana.

Max called her sisters in Ghana and told them about the treatment Mabel meted out to her. Her sisters were very angry. They consulted a powerful juju man. Soon Mabel's tongue began to pop out. Her situation defied orthodox cure so the doctor advised her to seek herbal treatment in her country. She tried herbal medicine but all to no avail. It came out that the man she owed did that to her. Her relatives consulted Mama Efe at the OBRA show on Nhira Fm. Mama Efe called Max to plead with him to accept 2000 pounds from Mabel's brother as part payment and ensure that Mabel's health was restored. Max replied bluntly that he would accept nothing less than full payment. He added that if she died no one would be able to take her body from the mortuary for burial unless his money was paid in full.

She died two weeks after the case was taken to Nhyira Fm. Her senior brother dared Max and drove to the hospital. As soon as he reached the hospital, the car caught fire. The family wised up and paid the debt to Max in full.

Patricia had to wait for five years in Ghana before joining the husband, Ben, in Germany. Ben bought a villa and completed payment within twenty-five years. He told his wife who had lived in Germany for a year that he had two sisters in Ghana and he wanted to bring them to Germany. He suggested they should divorce merely on paper while they still continued to be husband and wife. This would enable him to "marry" her sisters and bring them to Germany. His wife agreed, albeit reluctantly. Ben went home and "married" one of her sisters at the metropolitan authority. With the marriage certificate, he was able to apply for her to go to Germany.

He divorced her and through the same process, he brought the other sister to Germany. Patricia also brought her brother to Germany through a similar process. At a construction company where Ben worked, the pre-fabricated blocks dislodged from their former position and fell on four workers. Ben and one other worker died instantly. The construction company compensated the families of the deceased. Ben's sister who on paper was the wife received 100,000 dollars. She also inherited the villa and the amount Ben had in his account was given to his "wife". Patricia was not able to complain because on paper her brother was the husband.

Anti-LGBTQI+bill not to engender hatred for persons, meant t...
18 minutes ago

JB’s two phones tendered in as evidence
18 minutes ago