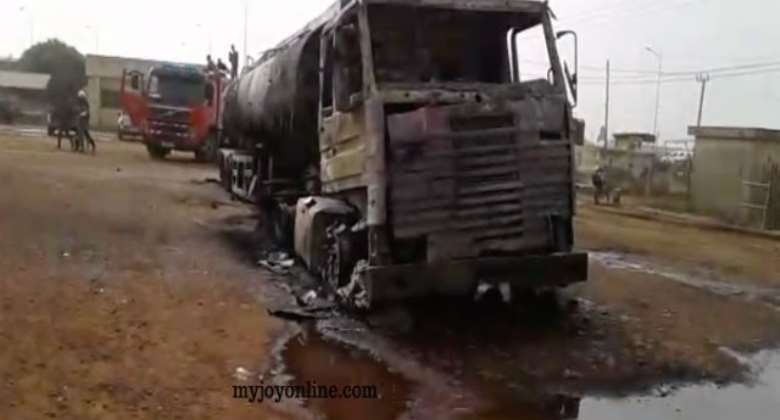 Bulk Oil Storage and Transportation Company Limited (BOST) is still counting its losses after a fire incident that occurred in the Buipe Depot Truck Park of the Central Gonja District in the Northern Region.

According to BOST, it lost products worth a whopping GH¢194,760 to the fire outbreak.

On Friday 3rd January, 2020, the company explained that the fire broke out at the truck park of the depot and not within the depot which affected four Bulk Road Vehicles (BRVs).

It said two trucks that were loaded with petroleum products were totally damaged.

“The two trucks contained 36,000 litres of diesel and 36,000 litres of petrol (PMS) respectively. The diesel [Automotive Gas Oil] (AGO) is intact though the truck is considerably damaged,” a release from BOST signed by Adjei Marlick said.

He added that three of the affected BRVs belonged to Ghana Oil Company Limited, GOIL with BF Energy losing one BRV.

There was an incident of fire at the truck park of the Buipe Depot of the Bulk Oil Storage and Transportation Company Limited, BOST in the late hours of Friday, January 3, 2020.

It receives products through river barges (via the Volta Lake) and through Bulk Road Vehicles, BRVs loaded from the Accra Plains depot of BOST.

The exact cause of the fire has not been ascertained as at now and investigations are underway.

According to BOST, in line with their Standard Operating Procedures, trucks loaded with products for distribution to OMCs are not supposed to park within the premises of the depot.

Assuring residents of constant supply, BOST said, “Though a sizable volume of products loaded for OMCs were destroyed in the incident, product supply in the northern regions and the general operations of BOST as a company will not be negatively affected.

“We wish to assure the general public that, our strategic fuel stocks for the northern regions and Ghana as a whole are intact.”