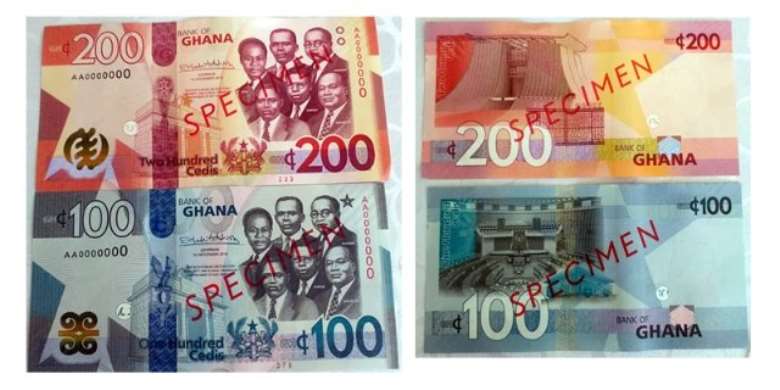 The Bank of Ghana (BoG) has said the introduction of the new higher denomination banknotes it issued recently was the result of a well-thought-out currency reform programme.

The central is reacting to a comment by former President John Mahama that the introduction of the new notes was done on the blind side of Ghanaians.

The central bank in November 2019, introduced GH¢100, GH¢200 notes as well as a GH¢2 coin as part of the country’s denominations, a development it believes will ensure customer convenience, reduce high transaction and printing cost as well as currency management.

Mr Mahama, who is seeking to return to power on the ticket of the National Democratic Congress (NDC) in the December 2020 polls, said the proper system for the introduction of the new notes was breached by the central bank.

“The public was ambushed. One day we just got up and they said they are introducing new notes. No public sensitisation, the banks received no notification…Somebody takes it to a shop and they say we don’t know about these notes,” he said at the 38th Anniversary celebration of the 31st December Revolution at Winneba last Tuesday.

But in a statement issued on Friday, the Bank of Ghana justified the introduction of the 100 and 200 Ghana cedis banknotes on grounds that 12 years after the redenomination of the cedi, high inflation and depreciation of the currency have eroded the face value of the existing series of banknotes.

“The deadweight burden of carrying large sums of money for economic transactions was returning, with the phenomenon of carrying currency in plastic bags. As is the normal practice in all jurisdictions, Central Banks undertake periodic reviews of the structure of existing currencies.

“In fact, international best practices require monetary authorities to review their currency regimes at intervals between five (5) and ten (10) years to (i) ensure that demand for banknotes are well aligned with economic activity, (ii) address weaknesses and challenges noted in the management of notes and coins in circulation, (iii) assess the non-usage of a particular series to ensure efficiency in printing, and (iv) address technological innovations that improve security features of the currencies. Furthermore, the denomination structure of the banknote should align well with the needs of the people who use it for their daily transactions,” the Bank of Ghana said in the statement.

Read Bank of Ghana’s justification for issuing the new notes in the statement below.