Reading Clubs At Mepe: The Commendable Efforts of a Determined Queen Mother of Mepe Traditional Area 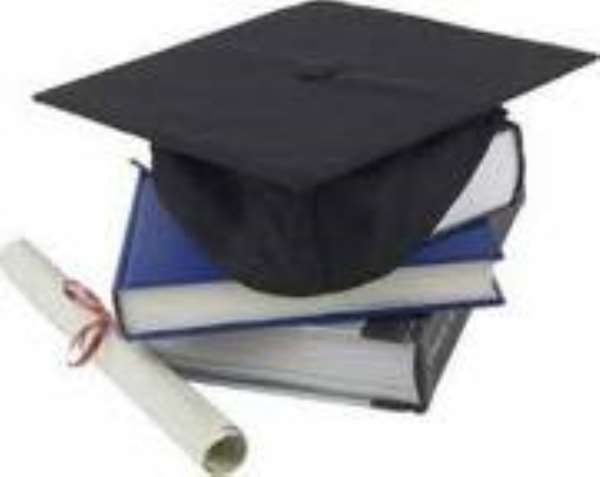 It would be recalled that in May 2019, the Mepe Traditional Area in the North Tongu District of the Volta Region installed a new paramount Queen Mother called Mamaga Adzo Sreku IV. In her maiden speech immediately after her inauguration, Mamaga Adzo Sreku IV bemoaned among other challenges, the declining academic performance in the Mepe Traditional Area. She then called on all stakeholders to contribute their quota towards improving the unacceptable situation.

Indeed, it is said that what is accurately measured can be appropriately improved and perhaps in tandem with this assertion, the determined Queen Mother of Mepe has formed reading clubs for pre-school, primary school and JHS pupils in the Mepe community. This is in her bid to tackle the nosediving academic performances in the Traditional Area lately. In the interim, she uses her private residence at Mepe as the venue for the reading clubs to gather and read, play games, recites poems and interacts competitively in many other ways to boost academic interest and performance of children of school-going age at Mepe.

Commendably, the determined Queen Mother herself bought most of the teaching and learning materials for the reading clubs to make learning interesting, creative and effective. These teaching and learning materials include story and textbooks, creative art materials, teaching or whiteboards and many more. However, the number of pupils keep increasing as many more parents are showing interest in their children joining the royal reading clubs. In the face of this high demands therefore, the available materials become inadequate.

Much as the formation of the reading clubs can be described as a self-help project, one would like to call on all benevolent citizens of Mepe to support their Queen Mother with what it takes to approach this commendable initiative more energetically and sustainably. It equally behoves the political and education authorities in the North Tongu District in particular to visit the reading clubs formed by the Queen Mother of Mepe and give them the needed support to become a sustainable way of improving academic performances in the area.

It is obvious that Mamaga Adzo Sreku IV has bought into the trite assertion that “catch them young and they shall be yours forever.” It is no longer disputatious that the combined elements of nature and nurture are necessary in the upbringing of children. In my candid view, therefore, the reading clubs have come to complement the efforts of the hard-working teachers of Mepe. It is worthy of note that some of the teachers have voluntarily come on board as instructors for the reading clubs. All others who have already supported this worthy course in diverse ways deserve appreciation. Notable among these benefactors are Victoria Amefadzi Doe, Osofo Asigbey, Majorie Amedzro, Genevieve Yankah, Lorlorli, Pastor Julius Segbe, Eugene Adjaklo and Joseph Gagblezu Adika. The rest are Anthony Kelvin Dupey, Christopher Kumedzro, Norkplim Ahiable and Anthony Wuvi.

The initiative equally demonstrates the Queen Mother’s ability to walk the talk. This is because she highlighted the problem in her maiden speech to the people of Mepe during her inauguration and six months after ascending the Sreku stool, she has started taking the relevant strategic steps required to inculcate reading among the children.

Arguably, ensuring the welfare, progress and happiness of the people she leads is the duty of the leader or a Queen Mother and that duty must incessantly question the inner conscience of the leader so long as she leads. As the principal mother of the Mepe Traditional Area, this is how Mamaga Adzo Sreku IV has started addressing the problem of poor academic performance in the area and for that matter the North Tongu District. It is as if the Mepe Queen Mother seeks to say, a leader must be creative and result-oriented for the ultimate benefit of his or her people. All progressive thinking people must, therefore, support such an enterprise.

Accordingly, other stakeholders should emulate this magnanimous and futuristic thinking gesture so that together everyone achieves more (team). There is no better religion than humanity itself so even the numerous churches and other religious sects at Mepe should not hesitate to support the determined Queen Mother on this humanity-supportive path. Until then, we commend Mamaga Adzo Sreku IV, Queen Mother of Mepe Traditional Area for embracing the stool with modernity and doing her bit to empower her people at such tender ages. Ayekoo and:

Save Keta Municipal Assembly from bleeding - Protestors to A...
5 minutes ago