Atheism And Family Persecution: A Case From Central Nigeria 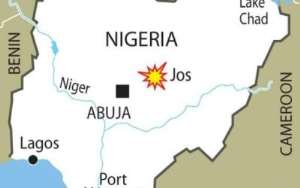 While there has been an overwhelming emphasis on the pervasiveness of religiosity and god belief in Nigeria, little attention has been paid to the plight of non religious people; especially those who disbelieve in God like atheists. There is limited information on the oppression and persecution of atheists and the fact that such persecutions are linked to the invisibility of atheism in the country. In both popular and scientific literature, Nigeria is presented as overwhelmingly religious-dominantly Islamic in the north and predominantly Christian in the south. There is little information on how Nigeria’s religious and theistic demographics are a factor of the persecution, suppression and oppression of atheists and freethinkers especially at the family level. Simply put little is known about how family resources are deployed against atheists and non believers in this west African nation.

Recently, a Nigerian atheist, Dennis (not his real name) from Benue state, made a Facebook post detailing his travails and tribulations coming out as an atheist to his Christianity-practicing family. His case provides a graphic insight into the situation of atheists in the country. Dennis said, “Like most fledgling atheists, I have been in the shadow for a very long time; scared to come out to my family because of my financial dependence, emotional black mail, family pressure and fear of losing my fiancee.” Dennis comes from a Christian family background in Benue state. So, Christian, not muslim god believers are behind that persecutions that he has suffered. His potential in-laws have not spared him the brunt either. Mr. Dennis adds that, “This morning, my fiancee's parents called and informed my mother of my undying disbelief. I was sleeping in my room when I heard her discussing with my father outside. I came out at the point where my father was telling my mother that he would deal with me”.

Atheists are worried that if they come out, their family members will turn against them. They could severe family ties or stop providing them financial support. Life situation is generally difficult even with family financial support. Many atheists are students or are unemployed; they need some financial support to complete their studies or cater for their basic needs until they are able to secure a job. Dennis has graduated from the university and has no job. He is planning to pursue his postgraduate studies. Unfortunately many atheists are left with the choice of coming out as atheists and losing family financial support or continuing to pay a life service to religion and keep the support flowing. In a country where students cannot take loans from the state, and social welfare programs for the unemployed are virtually non-existent, family is everything. Life situation is hard. Religious family members discontinue support for members who come out as atheists. They do this as a way to penalize and coerce them to return to God.

Threat of ostracization, intimidation and black mail are deployed against those who come out as atheists. Even in situation where parents or immediate family members are slow to taking actions against members who renounce their belief in God, distant relatives and family friends in stronger financial positions compel them to sanction openly atheist members. Unfortunately, in the case of Dennis. the threat has been counter productive. He remains resolute and defiant:

“I wasn't bothered. Not this time. I wouldn't try to deny it and fake going to church again. There comes a time when one has to open up and face whatever there is; so, when my parents called me for a chat, I made up my mind to face them. Atheism has changed my life in so many ways. It has made me fearless, daring and prepared for a day like this and the oppositions and reactions”.

Family members also employ other means of forcing atheists back into the closet. According to Dennis. “At a point, my mum started crying and stating while in tears how she carried me for nine months, breastfed and nurtured me to adulthood through a sound home training, expensive education and under Christian principles”. It is clear that Dennis’ mother was using this as a blackmail to get her son into reaccepting Christianity and denouncing his atheistic ways.

Very often severe sanctions and threats follow such emotional appeals. Dennis explains: “She did a good job trying to make me feel guilty for abandoning god after what she suffered for my well being. At the end, she asked me to leave, and stop addressing her as a mother and even drop the family name. According to her, I ceased being her son henceforth. And that, I would be beaten if I attended any atheist/humanist meeting in future”.

When religious parents fail to collectively coerce their atheist children to return to God, they try to do so individually. After the mother of Dennis tried persuading him against atheism without success, the father tried to coerce him: “After her, it was my father's turn to speak. He started by wondering why a university education(first degree) changed me radically when others clinched the highest qualification-professorship- yet retained their faith. He concluded by saying, since I intend to bury him and my mum, my wish will definitely come to pass”.

Sometimes, parents go to the extent of making it seem as if coming out as an atheist is a form of death sentence for them. In this case, Dennis noted that he understood the parents’ predicament:

“I feel pity for both of them because I know what they have suffered to train me. Honestly, I love my parents and I have always tried to do everything to make them happy. I denied and hid my identity for long because I wanted them to be happy. Truth be told, I have lived my life to please them. This is the first time I will refuse to compromise. I can't continue hiding or lying. It makes me feel worse. I have not offended them in any way; I have been a good, obedient and parent respecting son. I still love them and would love to live with them if they accept me as an atheist. There is no going back again. I am prepared to pay the supreme price for my disbelief if it comes to choosing. I am prepared to suffer any condition to live my life according to my principles”.

Parents and family members need to understand that coming out as an atheist is not an easy decision in a religiously charged society such as Nigeria. It is not a step that people take to spite anyone. Becoming an atheist is a decision that is based on conviction and intellectual honesty. No family member should be persecuted or treated with indignity for professing belief in God or lack thereof. Meanwhile, Dennis plans to remain in the family house unless the parents forced him to pack out. He has also expressed his wish to be given a humanist funeral: “I need to add this here: I have yet to fill the funeral form however, if, at any point, tomorrow or in years from now, I pass away, or anything happens to me, I will love to have a humanist burial”.

One wonders if a family that has been so antagonistic to Dennis’ atheistic views would allow a non-religious funeral for him. I hope that Dennis’ family and other religious families in Nigeria begin to respect the wish of their atheist members to be treated with dignity and respect while they are alive and to be buried in a humanist way when they die. Millions of atheists in Nigeria are in the closet and cannot openly declare their disbelief in god because they fear family oppression and persecution; they do not want to jeopardize their family ties and support.