These Pictures Get Deep Under Your Skin...Photos Of The Year 2019 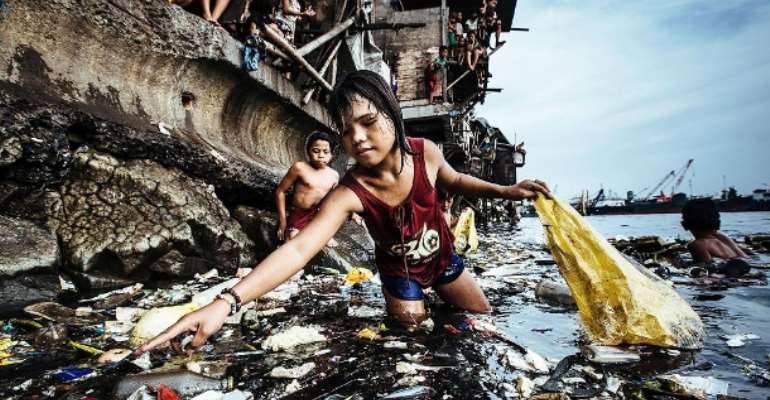 In the slum Tondo at the port of Manila, children looking for plastic bottles to sell.

In the slum Tondo at the port of Manila, children live by selling plastic bottles. If they are lucky, their daily wage is 50 Philippine pesos (around 90 cents), not even $1 USD.

The photos 2019 tell us of children's courageous struggle for survival in the face of three dangerous tragedies of our time: Poverty, Environmental pollution and Child labour. A portray of a 13-year-old girl, Wenie, fishing plastic remains out of the water in a sea of rubbish in the port of Manila in the Philippines.

The sad picture of...the children, the garbage and death, Wenie lives in the Philippines. Every day she collects plastic waste in the Tondo district of Manila's port, which she then sells at a waste recycler for little money. Even though child labour is prohibited, many girls and boys in the slum have no other choice. Even seven-year-olds paddle on bamboo rafts or refrigerator doors through the harbour basin. They risk their health and often also their lives when they search for recyclable materials in the germ-contaminated water to secure their existence.

Now, we come to the oppressive living conditions of children all over the world. The international photo documents of the cruel consequences of the legacies of war in Afghanistan. A whole family is marked by the explosion of an unexploded bomb in their village. The family portrait shows the dignity of the seven children who are missing limbs. They had to watch their mother and sister die. Last year in Afghanistan, about 1,500 civilians were injured or killed in mine explosions and unexploded ordnance, almost 90 percent were children. 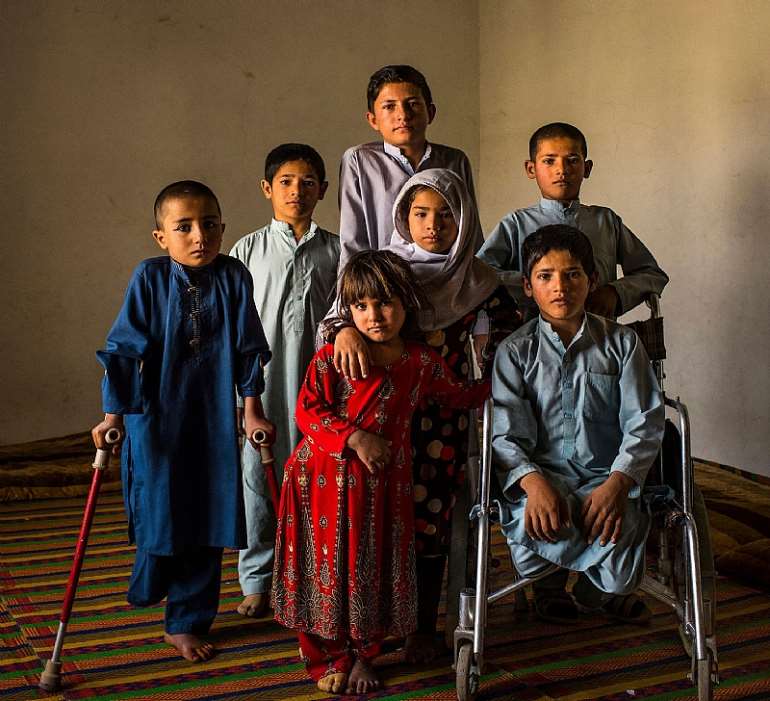 The next sad and dangerous thing is, children working in gold mines in Burkina Faso, the torment of the gold-seeking children of Burkina Faso...all the way to the cemeteries where many of them are buried.

Worldwide, millions of girls and boys are exploited in mines, textile workshops, on farms, in private households or in brothels. 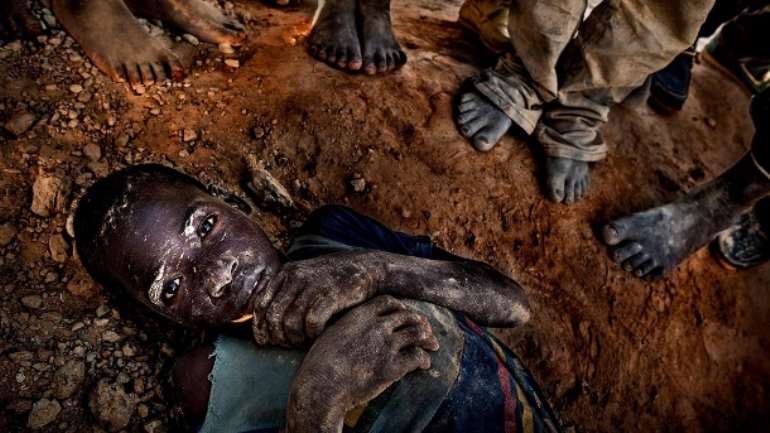 Children are the most precious thing we have

"We must give priority to closeness to children, that hardly anyone else sees. It shows their need, but also their strength not to give up even under the most desolate conditions," explained Elke Büdenbender, patroness of Unicef Germany, at the award ceremony in Berlin. Our message is that children are the most precious thing we have. "You and I" and in a nutshell, "we all" bear responsibility for their lives and their future.

Peter-Matthias Gaede, Vice Chairman of Unicef Germany, said: "The Unicef Photo of the Year 2019 is an appeal, not just to talk global problems away, because millions of children are particularly brutally affected by poverty and exploitation, war and flee, hunger and lack of educational opportunities, and this also applies to the consequences of climate change that are already being felt.