‘This Is Madness!’ Roads Minister Leads Team To Remove Barricade On Airport Road 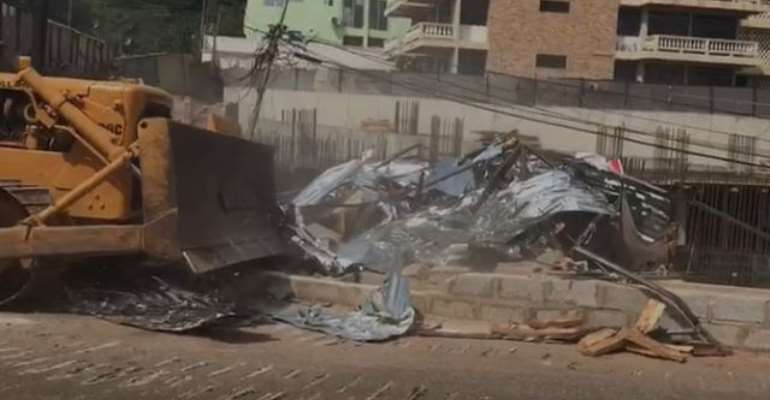 “This is nonsensical and madness,” Roads Minister, Kwasi Amoako-Atta fumed when he led a team to the Airport residential area Wednesday.

The Minister led the team to demolish a concrete barricade erected by some Turkish developers who are putting up a 22-storey building in the area.

He also called for the arrest of the contractor working on the project.

They had erected the barricade which blocked portions of the road, causing vehicular traffic. Cracks also have developed in the road as a result.

Worse, the trench dug for the foundation of the storey building has caused cracks in some buildings of Association International School which is adjacent the site.

Residents say the developers have no permit for the project.

According to the headmistress of Association International School, the developers are also in defiance of a court order restraining them from proceeding with the construction.

On Wednesday, however, Mr. Amoako-Atta led a team to the site after media coverage on the issue increased.

“Because of this project, you destroy public road? This is nonsensical and madness. It is madness,” Graphiconline reported the Minister to have said.