Yes, We Must Continue The Unfinished Battle 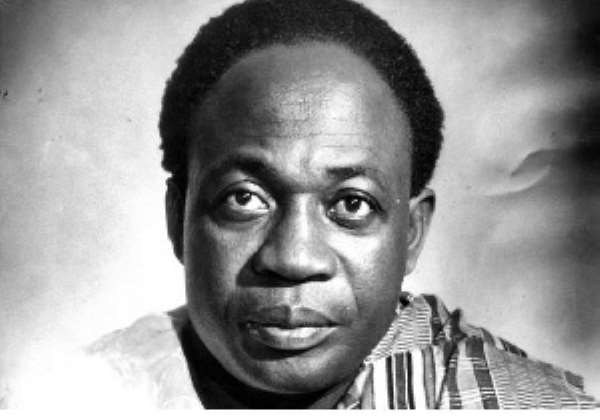 Kwame Nkrumah died many years after his ouster, not when he occupied the seat as the President of the Republic of Ghana.

He'd lived in Conakry as more like a co-president to Sekou Toure, president of Guinea at the time (1966).

He fell ill and was taken to Romania for healthcare, it was there he died.

If it'll take away the beautiful souls because we muster the courage to utter the truth, then we're ready to join the paths trodden by Kwame Nkrumah and all the martyrs judging our doings today, residing on the Pantheon.

It must take the brave leader to encourage the sleepy folks to rise to reality.

Not all of us are born cowards. Are we living in a better place now, one that compels us to fear death?

We're rather fighting to come out of death, the hell, not to fear death. Nkrumah's pronouncements on African emancipation was apt, and it's still a must, to be pronounced today too.

Africa sits on all the needed minerals that moves automobile companies worldwide. Our bequeathed resources are channelled through drains that irrigate Silicon Valley, Bretton Woods and big brother's largesse.

For fear of death must we keep mute and allow perpetuation of injustice by they who will never support our course whilst our indigenous Africans languish in squalor?

No! I say no! Emancipation is now, not tomorrow. It may take time, but not forever. Soldiers rising today have already been killed, and we come as ones who death cannot overcome anymore.

This we should know, Nkrumah in his days was attacked many times. With guns, grenades and character assassinations. Yet, none did any harm to his person, not even bruises. That teaches us how the soul of the Saint wins at the war front, even without any armoury.

That was decades ago, at the time the awakened Africans were a handful. Today, I count them/us in their/our hundreds and thousands. What has left of us, those bent on continuing the unfinished battle is UNITY. United broomsticks, as said by my native Goka people can never be broken, but one stick would.

What Nkrumah said in the video culled here, speaking about emancipation of the African, was prophetic. It's timeless, and needed more today than before. Let's not sit on the fence and think "prayers" and sobbibgs will change our situation for better.

In my sleepless nights, I dream about Nkrumah, Gaddafi, Mugabe, Olympio, John Garang, Mandela, Sankara, and all the other martyrs knocking at my door. When I get a rude awakening, they leave me with one message - continue the fight, you're already a Victor, you have our backing.

I can't betray them, and their trust. I owe my living today to the battle they waged yesterday.