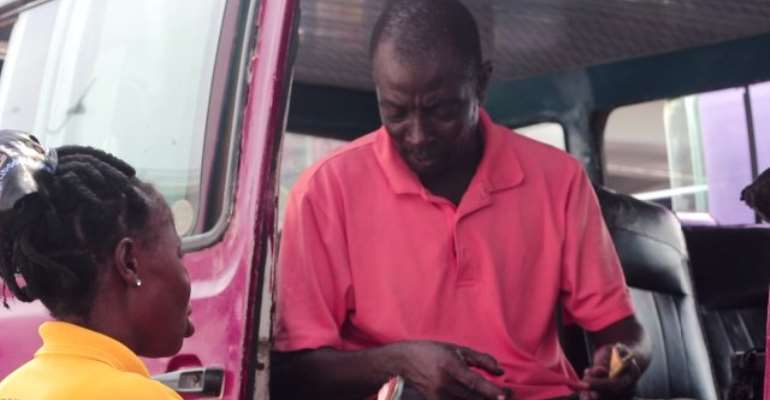 Their patience during waiting periods at the junction where you clearly see no passenger in the horizon may piss you off.

The delays in giving that extra change may not sit well with you but you may be forced to squeeze yourself near them when you are late for that life-changing interview even when the vehicle is full.

Uncomfortable as it may seem dealing with bus conductors, some have described traversing Ghana’s public bus transport system as a daily Olympic sport for commuters which must come with accolades.

The demanding nature of the field has left it dominated by males as drivers and conductors, plying the streets with chants like “Accra-Accra,” Circle-Kaneshie-Odokorrrrr”, “Wol3 wol3” to wit [stop and pick the passengers] among others.

That notion, however, is on the verge of extinction.

Driven by love, a female conductor, Evelyn Adjeley Adjei, together with her driver, Edward Armah Ago, who doubles as her husband, bring a fresh wave of bond onto the bustling streets.

The couple has for the past five years plied the La Tse Addo - Kwame Nkrumah Circle route in their 207 Mercedes-Benz bus together.

On a visit by JoyNews’ Henry Kwesi Badu to one of the bus terminals, the Evelyn is seen calling out to potential passengers as they trickle in from various points across the capital. 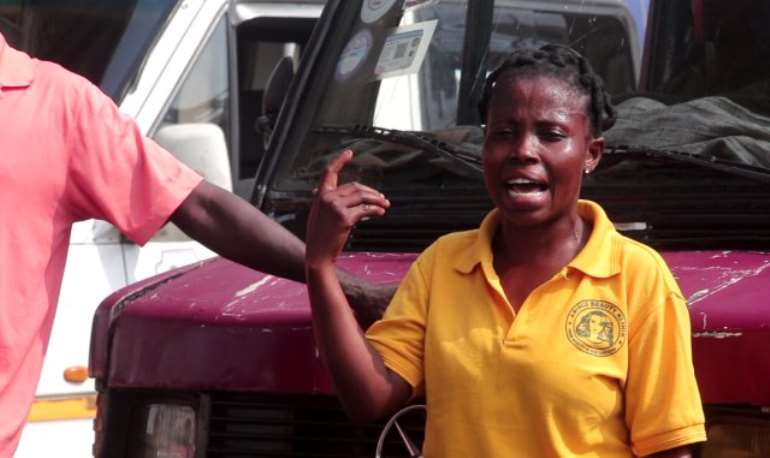 With 30 years in the commercial driving space, father of five Edward, says he made a tough call to recruit Evelyn into the business after encountering many dishonest conductors. One after the other, the short term employees were milking the 55-year-old driver of his earnings.

“I realized that the conductors were stealing from me. Some would even abscond with my sales for the day. We had children to feed and it would be unsustainable to deal with dishonest conductors. My wife was worried about my frustrations,” Edward said.

Rather than stay in a drowning petty trading business, 42-year-old Evelyn decided to take up the task of deputising her husband in what has now become a family business.

“I asked to join my husband on the bus. He was sceptical at first but I had to convince him. He gave me a try on one occasion when his conductor was unavailable. He kept me in the job afterwards,” Evelyn said. 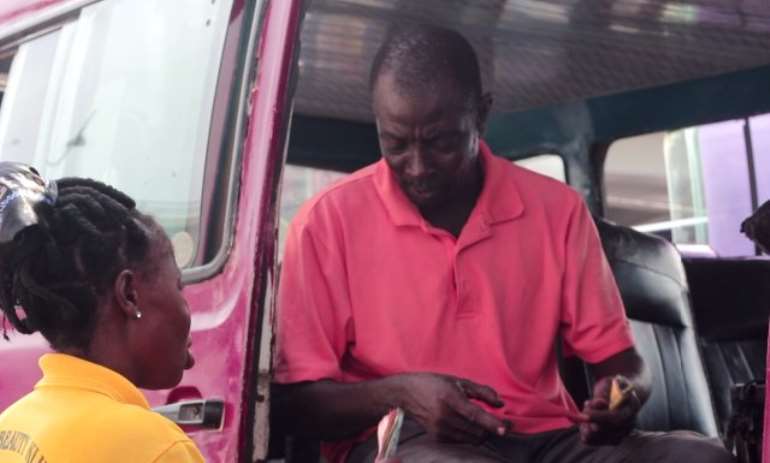 Their vehicle was procured by a relative of Edward on a work-and-pay basis and Evelyn was determined to support her husband to defray the cost adding that “what a man can do, a woman can do better.”

“I knew what I wanted so I was determined to pursue the vision. The money was huge. I used to leave the children for work and visit them on weekends after striving for days on the job. That is how we paid for the car,” she added with a smile of pride.

From that point in 2014, it has been five years of thriving love and financial freedom for the business partners and their children.

One would assume their love would be drowned by years on noise on the streets of Accra. On the contrary, Edward believes “our love has grown stronger because we always see each other”.

“She is always by my side. We are able to cater for our children and our finances too. I am confident as long as she is by my side”, Edward added. 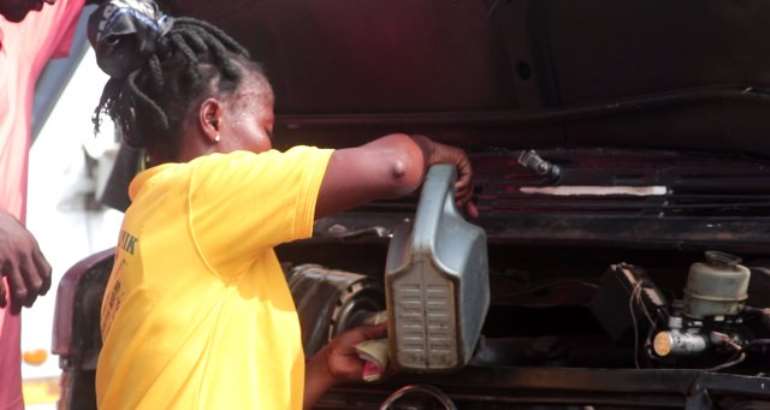 Colleague drivers who are familiar with the couple express delight at the diligence with which they execute daily tasks amid unfavourable social narratives.

Beaming with smiles from a job she has grown to love and her better half, Evelyn translates the passion into serving her passengers, breaking bills and stereotypes, one bus stop at a time.