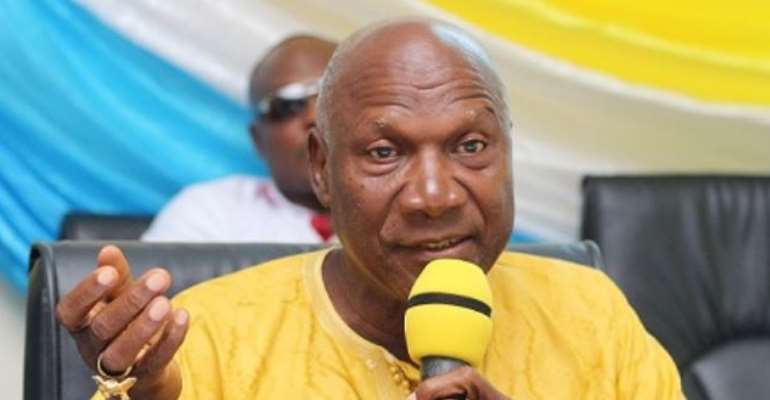 It's okay that citizens protest when the government they have elected into office to serve them isn't performing. But democracy also requires that when the individual does things to sabotage government's development efforts, someone stands up to point that out. We have all been complaining about government not acting to help us. However, I don't see much complaining against those among us who undermine the common cause.

Driving along the Boundary Road (East Legon-Madina ARS) from a Farmers' Day funeral, this driver in some silver car drove past through the red light I was slowing down for. He hit a motorcyclist who also wouldn't wait a few seconds. As I drove past the accident, I kept wondering who would be charged by the police for what. Later at 2:30 pm driving along Aviation Road (Adenta to Ashaley Botwe Third Gate), someone in a white pick-up truck (GT7103-13) threw an empty plastic sachet on the street.

The issue is – people demonstrated 'massively' for the footbridges along the N4 between Madina and Adenta to be completed. After construction, everyone has left the police alone to stop people from jay walking, choosing not to use those bridges. Huge sums of money were diverted from other useful public projects to construct them.

Added to Kyeremeh Gyan being denied water he had requested for, just before being shot dead, I am constantly haunted by the death of the West Africa Senior High School young female student, who was knocked down dead by a taxi driver because there was no safety footbridge she could have used. It's a story forever etched in my subconscious mind, so close that it's regularly recalled. People had been knocked dead before. I knew at least one woman; and a former student told me about his younger brother being so killed.

When all that happened, we all sat by nonchalantly. No one protested when those bridges, were abandoned as part of the 'gang of four' roads the Kufuor administration bequeathed to the successor for completion. But for the Millennium Challenge N1, Tetteh Quarshie Roundabout through Madina to Pantang, Achimota to Ofankor and Kumasi Sofoline interchange were all at standstill for eight years, as buses were branded and congress people's private pockets were filled to brim with public funds.

It's an attitude unbecoming of you my dear compatriots. Before the Kufuor dualisation of the Tetteh Quarshie-Madina stretch, there was a pedestrian bridge for crossing from the police station at the University of Ghana to the campus. I was told a woman who wouldn't use the bridge was knocked dead by a vehicle. I entreated the station, Radio Universe, to mount a 'Please Use the Bridge' campaign as public service. Its management took no notice. Meanwhile, it was busy politicking. We would spend time and resources on talking, with little or no time for doing.

I think we should seriously care as much about individuals who sabotage our common efforts to provide safety and comfort for ourselves as we do about the shortcomings of government in providing facilities to that effect. If we were to devote time and resources to ensuring not only government but also the individual compatriot does right, there would be little time for mischief making and idle talk.

I hear bridges of whatever shape and make, cost huge sums of money. Their key function is to keep everyone safe. It makes no sense, then, that people would take to inviting risks removed by the bridge by ignoring using the bridge to cross the street. That is inviting the risk of being knocked down dead or maimed. However, we shouldn't forget that there are some among us of that type, as demonstrated in the police arrests. It should be possible to make as much noise about individual public detrimental behaviour as we do about non-beneficial government action or inaction.

We seem to have taken pedestrian road use for granted. People will cross the road a few metres from the marked crossing spot. They think it's too much work to climb a bridge than risk death. Ridiculously and obvious as it should look, it's not working as much as it should. Let organisations advocating the public interest take as much interest in the individual doing the right thing, especially where government has done its part in providing the facility.

Let's cajole, persuade or even force individuals to accept the footbridge is for safety and that they must put their safety ahead of their laziness or whatever is stopping them from using it. They must endeavour to cross the road through the marked zebra crossing and walk along sidewalks. District, municipal, metropolitan assemblies must ensure they have provided the sidewalks and zebra crossings; and drivers must be compelled to stop at zebra crossings for pedestrians.

COVID-19 Vaccine is our salvation — UGMC CEO
48 minutes ago

Stop spreading fear and panic about COVID-19 vaccination — A...
48 minutes ago