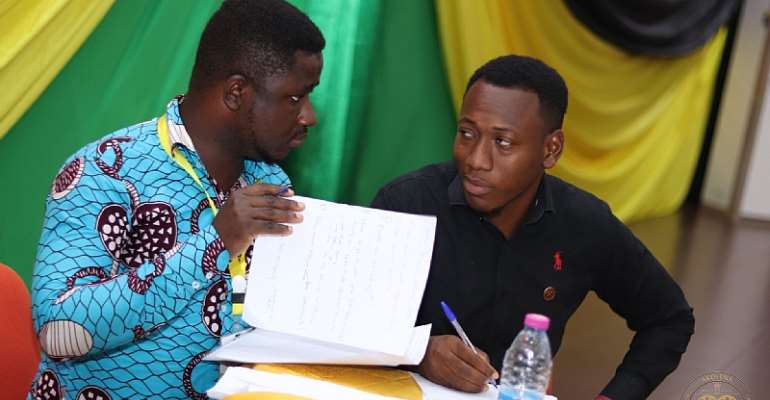 Kwame Nkrumah University of Science and Technology has won the 2019 edition of the Pan African Universities Debate Championship in an amazing host-and-win campaign. The win which marks a successful title defense makes the second time in a row KNUST is winning the trophy after conquering the lifting the trophy in Tanzania last year.

The tournament featured about 80 teams drawn from universities in 14 countries across the African continent.

Ghanaian universities first participated in the PAUDC in 2012 with KNUST and the University of Ghana being the representatives from Ghana.

The PAUDC takes the British Parliamentary (BP) style made up of 4 teams of 2, with 2 teams supporting a motion, and 2 teams opposing. Debating teams are independent and compete with each other.

This year’s edition saw only three institutions from Ghana, KNUST, University of Ghana and UCC participating with 12, 8 and 4 teams respectively.

After nine rounds of preliminaries, 15 teams from Ghanaian universities broke to the knockout stage making it the second time Ghana attained such a laurel.

Two of the 12 teams KNUST presented made it to the semi-finals with one of the 8 teams from the University of Ghana.

The two teams from KNUST in the semis made it to the finals with the only university of Ghana team joining one other team from Strathmore University, Kenya.

Erasmus Segbefia & Michael Ampah (who represented KNUST in the final) spoke on the motion “Ghanaian Armed Forces have detected an intercontinental ballistic missile launch. The missile is for downward Accra. An attempted interception has failed. The warhead is expected to detonate in fifteen minutes. You are a civilian emergency response official for the state of Ghana. This house would not inform the public” from Closing government and won by a unanimous decision.