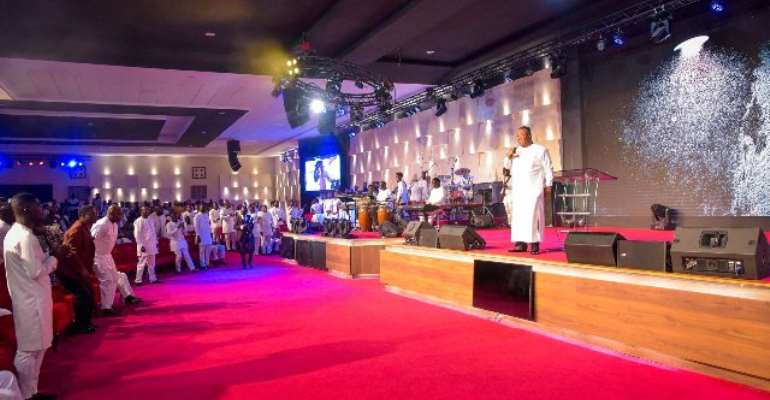 The Maker’s House Chapel International has officially dedicated its new church building located on the Dome-Haatso road, adjacent the School of Nuclear and Allied Sciences, Accra.

The ultra-modern auditorium which seats approximately 5,000 congregants, was built within a record time of about a year, according to the Founder and General Overseer, Dr. Michael Boadi Nyamekye. 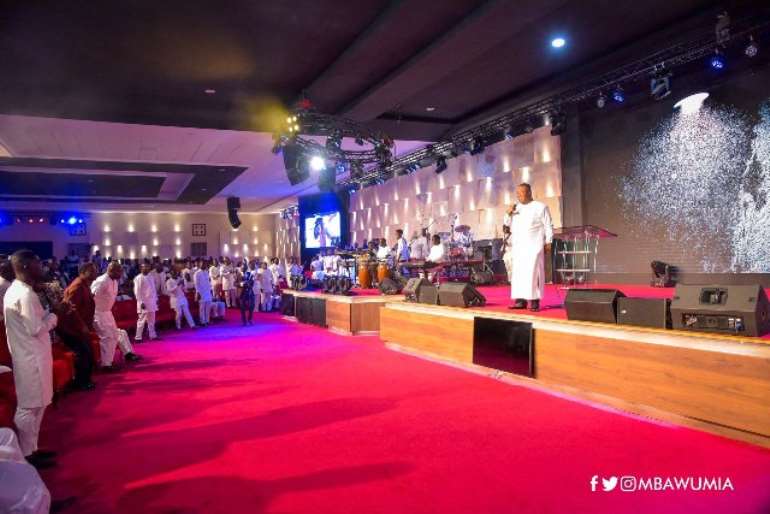 The Vice President, Dr. Mahamudu Bawumia and his wife, Samira were Special Guests for the event.

Politicians, as well as the creme of Ghana's clergy both from within and outside the country, were also in attendance. 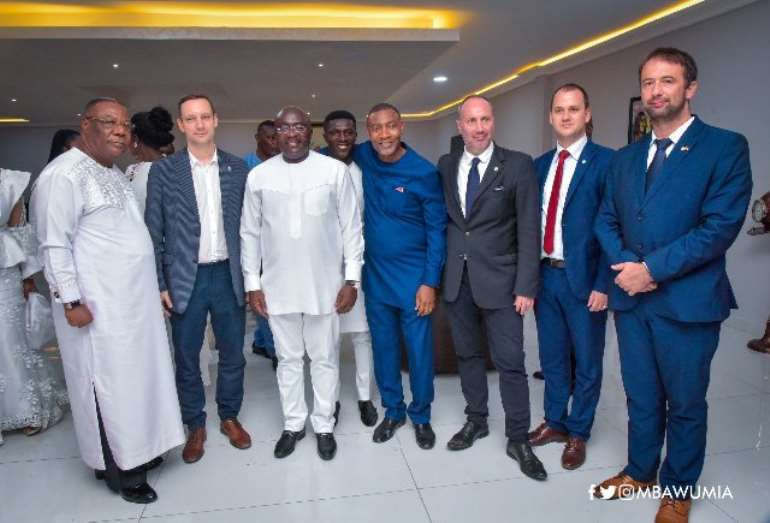 Speaking at a declaration service, Presiding Archbishop and General Overseer of the Action Chapel International, Nicholas Duncan-Williams, urged Christian leaders, particularly those in the charismatic churches, to eschew acts that divide the body of Christ.

He spoke against jealousy, which he said was the bane of the end-time Christian faith he said caused many of them to become enemies in the Kingdom of Christ.

“Let us not be a people that bring one another down, let us not kill one another,” Duncan-Williams appealed. 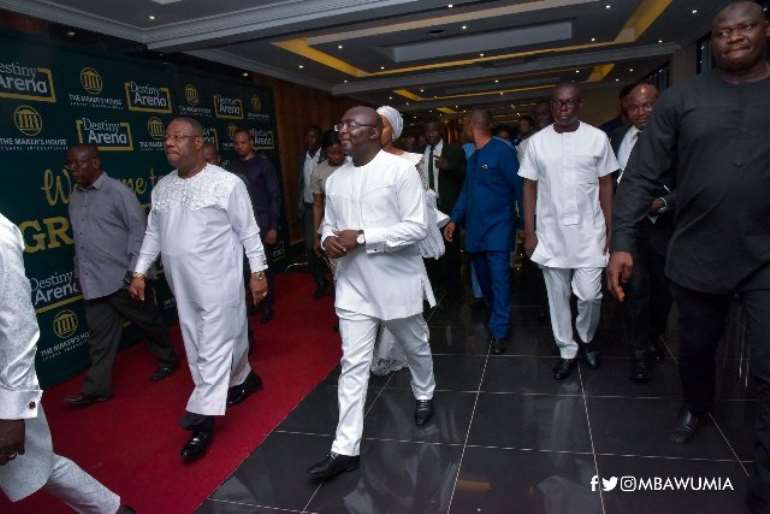 The Archbishop also advised pastors to be discreet and apply wisdom in commenting on political issues, as the 2020 presidential and parliamentary elections draw close.

Some prophets have made it their business of predicting which of the two leading political parties- New Patriotic Party (NPP) or National Democratic Congress (NDC) -would win presidential and parliamentary elections.

But Duncan-Williams said such tendencies have the potential to distabilise the country.

“Those in the prophetic office need to be wise and exercise your discretions so you don't lose your head… I'm praying for you that in 2020 you will be wise and you will have wisdom in your utterances,” the Archbishop appealed.

Vice President, Dr. Mahamudu Bawumia, commended the leadership of the church, particularly, Dr. Michael Boadi Nyamekye, for his exemplary leadership hard work and sacrifice that inspired the building of the “magnificent edifice”. 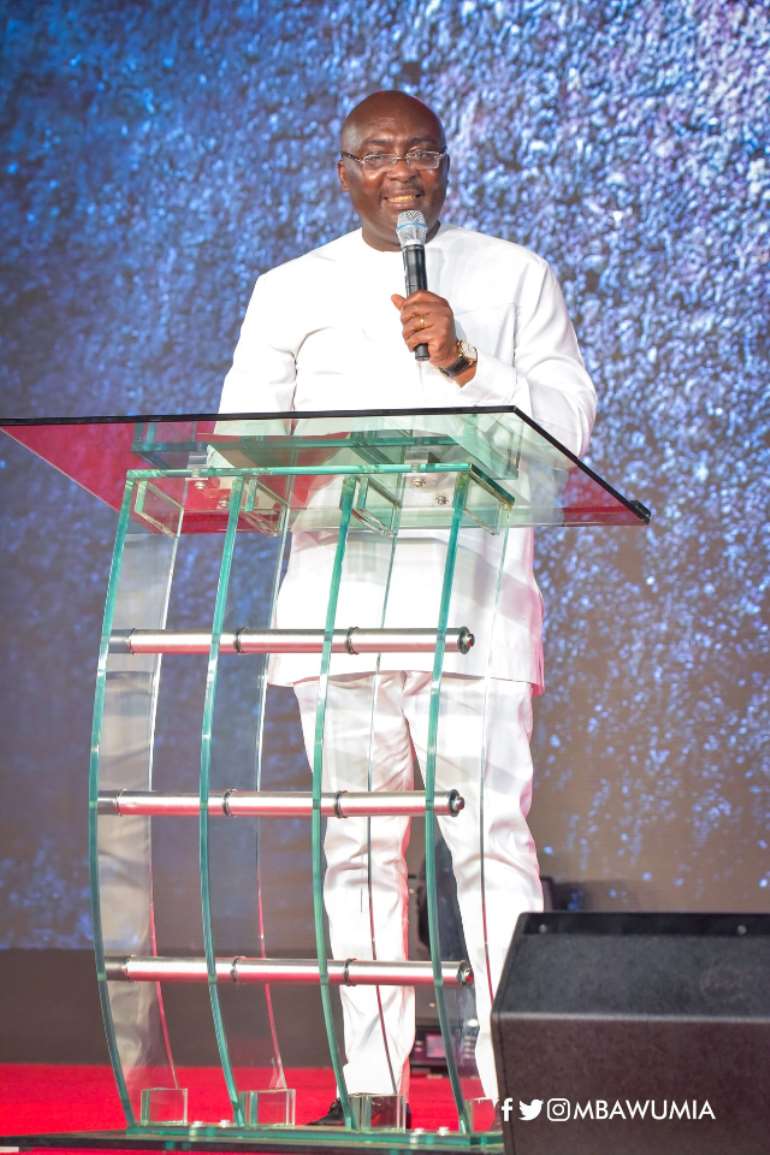 Dr. Bawumia further thanked the Christian community in the country for the many roles they have played in the governance of the country over the past decades.

“We [government] shall continue to collaborate to seek advice from the church on many more issues in our quest to developing our country,” he indicated.

He also commended religious groups in the country for the peaceful coexistence which he urged the citizenry to cherish and protect always.

Ghana, he noted, is very blessed to have a harmonious existence between people of different faiths, “we should, therefore, focus on our similarities rather than our differences. Christians and Muslims all believe in the same God (the God of Abraham, Moses, David etc.); believe that Jesus Christ was born of the Virgin Mary; believe that Jesus performed miracles such as raising the dead, giving sight to the blind, curing lepers etc.; believe that Jesus Christ will return to earth before the end of the world to defeat the Antichrist and save the world. 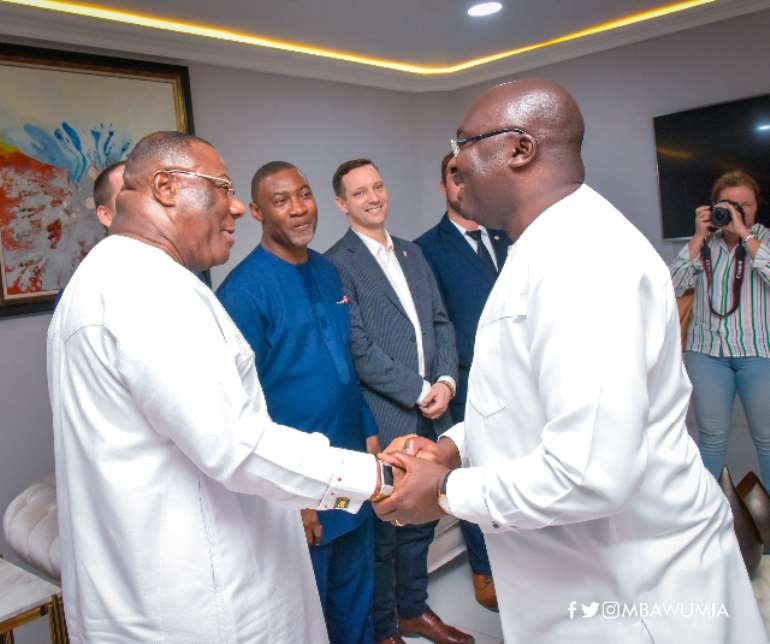 The Maker’s House Chapel
According to the Founder and General Overseer, Dr. Michael Boadi Nyamekye, in 1998, the vision of The Maker’s House was given but it stayed in the hatchery until it was birthed on 28th October 8, 2011, as a prayer fellowship with about 80 people.

The prayer fellowship dubbed Morning Aura, attracted hundreds and became a reference point and a place of prayer for many in the Christian faith. The Maker’s House Chapel International subsequently started as a full-blown Church after a year of running as a fellowship.

Due to the deep revelatory insights in the word of God, The Maker’s House Chapel International continues to enjoy phenomenal growth in membership with thousands of people registered members.

This growth of the church prompted the leadership to look for a bigger space. By the grace of God, a vast land was acquired in the prime areas of the city, a few kilometers from the old venue at Point 1, Kwabenya. 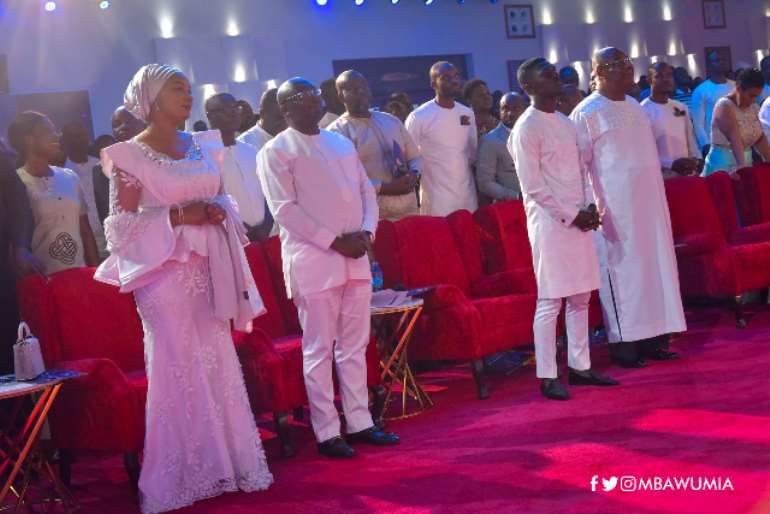