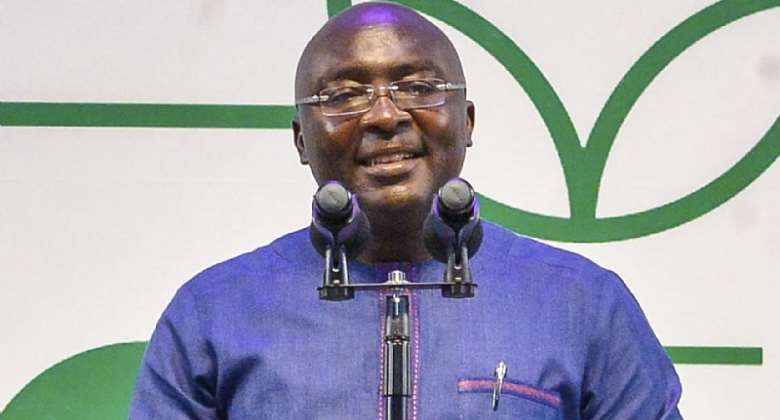 I had the WhatsApp chat below with an influential Imam and member of the Zongo Community in Accra last week. These days, what else do we do?!

Imam: Good morning and Salaam Aleyk. I am wondering if there was a situation where Alhaji Mumuni Bawumia had an axe to grind with E.A. Mahama. The level of acrimony Mahmoud puts out in his political communication towards JDM makes me want to ask those of you more versed in the contemporary politics of the north for some education. This was a topic for a Fadi ka Futa base yesterday. Standing by…

My response: I am not aware. All that I know is that my old man used to deal with both men and within the "karakai" of the north I heard of no animosity. He is just a bad boy being misused.

Imam: I hear. I thought it was visiting sins on generations.

Around ‘71/’72, when I was in the final stages of my secondary school education, we were joined by a Bawumia, who became quite a close pal. We lost contact when we left school in 1972 and to this day, we have remained that way. A Bawumia, possibly my former mate and elder sibling of Mahmoudu did call me from London around the time the NPP was considering Mahmoudu as running mate to presidential candidate Nana Addo Dankwa Akufo-Addo.

He was expressing concern and asking for my opinion about what his younger sibling was getting himself into. It was not an enthusiastic tone. That’s about how much communication I have had with any Bawumia in all those years, that is, until the day of Dr, Mahmoudu’s highly politicised lecture on the first anniversary of the death of the late Vice President Aliu Mahama in late 2013 organized by a Foundation bearing the former VP’s name. A public lecture that was supposed to extol youth mentoring, was hijacked into a rabid partisan treatise on the economy which I found in such poor taste and a betrayal that, I walked out of the lecture hall at the Accra International Conference Centre and later issued a disclaimer because I was part of the planning committee. I remember a top security chief sitting beside me in the lecture hall whispering to me that “these people have spoilt this thing. It is now partisan and many people would avoid it because of that.” And true, what has become of it since?

In January 2017, Dr. Bawumia swore an oath to do the job the late Alhaji Aliu Mahama had done much earlier, to such public approval and adulation. Aliu – yes, we often referred to him as such – is considered by many as one of the best presidents we never had. With his politeness, ready smile and almost childlike playfulness, he won many hearts and it was expected that his would be an easy ride to the succession after J.A. Kufuor. I do not remember any derogatory moniker attached to his name. He was very much respected for that kind of negativity to follow him about!

Today, we have a “Bawumliar”. Whoever came up with that must have a wicked sense of humour! But oh dear, what could the young man have done to deserve such an unflattering handle to his late father’s distinguished family name?

I think I have an idea: “Methinks he doth protest too much”! His servile desire to please his benefactor(s) has made him extremely garrulous and pugnacious. He comes across as someone out looking for a fight and it’s all reflected in his style of delivery and choice of words with his main target being President John Dramani Mahama, who he head-butts without provocation. It is this head-butting the WhatsApp chat quoted above is about.

His determination to do in John Dramani Mahama was evident in his role as the plaintiff-in-chief during the nugatory pink sheets trial in 2013 when his was the face and voice of the entire caper. In fact, his timeserving is so ingrained that even as a Muslim, he has remained conspicuously silent on the imposition of a Christocentric so called National Cathedral on the multi-faith nation of Ghana. It gets even worse, a couple of weeks or so ago, Finance Minister, cousin Ken Ofori Atta, declared Ghana a Christian nation in justifying the cathedral and not a word from Alhaji Dr. Mahmoudu Bawumia! Delicate religious matters, yes, but it is quite clear that he is impotent in his government, neither his religion nor economic knowledge (former deputy Governor Bank of Ghana) matter!

A careless and vicious head-butting recently noticed by many referees and assistant referees and captured by political VARs was when he dared put it out that President Mahama did not leave any legacy of worth to his people in the north. From one Northerner to another, that was like accusing a Christian Man of God that he had lost his anointing! But this was much too much even for some diehard supporters of the NPP and Nana Addo Danquah Akufo-Addo like the editor in chief of the Crusading Guide. He is reported as saying that Dr. Bawumia was being “disingenuous” and peddling an untruth in that assertion – euphemisms for lying, I believe.

This is how it was captured by Ghanaweb: The Editor-in-Chief of the New Crusading Guide, Abdul Malik Kweku Baako, has described as untrue, claims by the Vice President, Mahamudu Bawumia, that former President John Mahama left no legacy projects in the Northern regions. According to Mr Baako, the Vice President was being disingenuous when he made those comments. Dr Bawumia threw the challenge on Sunday 24th November 2019 when he joined the Chiefs and people of Nandom Traditional Area to celebrate the 31st annual Kakube Festival of the Chiefs and People of Nandom in the Upper West Region. Addressing the gathering, Dr Bawumia questioned: ‘H.E John Mahama should tell Ghanaians one legacy that he left in Northern Ghana, just one when he was President for four and a half years. What legacy did he leave?’”

As Election 2020 approaches, he will become even more disingenuous, untruthful, acerbic and scathing against his one and only quarry, John Dramani Mahama, pushing into the background what should be of concern to his conscience and secular integrity of our polity...But President Mahama need not worry, his Northern brother Bawumia has worn himself thin with the antics of a “Bawumliar”.

I write these words out of pain and disappointment. You see, my generation, and those before us, do not seem to have done much good with the politics to move our environment in directions that would transform our society into one of development and wellbeing. All the talk about the excessive partisan politics killing our country is symptomatic, leading to an introspective, even if subliminal, yearning for a new national outlook – an outlook that would engender a cultural, intellectual, industrious and productivity renaissance. And who better to look up to but relatively young people.

But as it is, Dr. Bawumia is working, if he has not already worked himself out of any reckoning for a role in that future of Ghanaian renaissance. With the valuable time being squandered by his relative youth on hubris, divisiveness, being disingenuous – dare I say lies, what credibility or integrity would he have left? What a shame! The Imam’s angst makes sense…