The First Adam in Eden and the Last Adam in Gethsemane: Leadership Choices And Their Consequences for Nations 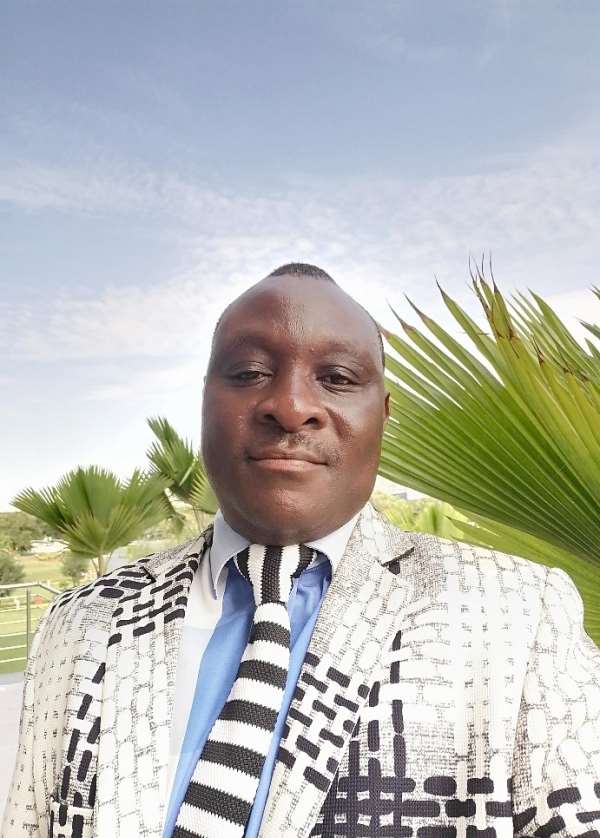 It is tritely said that leadership is influence and the choices of a leader come with some consequences for the followers. Leadership type is thus a significant spinning point for societal development. It is for this reason that America’s John Maxwell said, “Everything rises and falls on leadership” while Ghana’s Steve Addae said, “Leadership is cause, everything else is effect.”

In this article therefore, we will use happenings in the gardens of Eden and Gethsemane to remind ourselves that one must carefully make choices when occupying leadership positions no matter how high or low they are deemed to be.

The Bible has clearly shown that the garden has spiritual relevance for humankind. Life of the First Adam started in the garden (Eden) where the first and the overarching sin was committed and the Last Adam (Jesus Christ) used another garden (Gethsemane) to overcome the sin of the Garden of Eden and redeemed man through the last Passover Sacrifice, using his body.

In both gardens, there was temptation yet the orientation and choices of the First Adam and the Last Adam yielded different results for humankind. Jesus admitted that there was temptation in the Garden of Gethsemane when he said, “Peter, “So, could you not watch with me one hour? Watch and pray that you may not enter into temptation. The spirit indeed is willing, but the flesh is weak”-( Matthew 26:40-41 ).

Adam could not overcome the temptation but Jesus overcame many temptations even to the point of death. In Romans 5:12, Paul argues that "just as through the disobedience of the one man (Adam) the many were made sinners, so also through the obedience of the one man (Jesus Christ) the many will be made righteous" (Romans 5:19, NIV ). Also, in 1 Corinthians 15 :22, Paul argues that "as in Adam all die, so in Christ all will be made alive," while in verse 45 of the same chapter, Paul refers to Jesus as the "last/ultimate/final Adam".

Just like Adam and Jesus, national and other leaders within a nation make various choices even when exposed to the same phenomenon and the consequences (good or bad) of those choices tend to mirror out the foresight and intentions of the leader. Sometimes, the leaders themselves pay huge prices for their choices.

There was a Kwame Nkrumah in the Gold Coast and in Ghana who decided firmly that the Gold Coast (now Ghana) must become an independent nation and rule itself. The same Nkrumah built a hydroelectric dam for Ghana which has been a great blessing to the nation. He even went to prison at a point before realizing his independent Ghana dreams. His legacy is now praised even by the descendants of his political opponents and even in the grave, his brain is figuratively alive.

Also, a Nelson Mandela went to prison for 27 years (over two decades) to redeem his motherland (South Africa) from the apartheid regime within which the Group Areas Act was enacted and enforced yet he realised his dream and today South Africa has its freedom. Nkrumah and Mandela have finally become enviable iconic figures not only for their respective countries but also for the nations in the world but leaders of some other nations also made choices that brought economic hardships, modern day slavery or war to their people.

It makes sense that any choice one makes today has corresponding consequences, for such is the law of nature. The generous and nation-building choices of the leader liberates and prospers the nation while the parochial interests of the leader ruins the nation. In Proverbs 29: 4, the Bible emphasizes, “A just king (leader) gives stability to his nation, but one who demands bribes destroys the nation.”

What we see in some countries especially in Africa is that due to selfish interests, some political leaders amend written constitutions to enable them stay in power for long even when they are saturated and lack vision for their countries. Some equally stash their county’s monies in foreign banks outside the country thereby depriving their own people of good living. Citizens of these countries now become economic slaves for foreign countries that pretentiously offer them aids. Citizens of countries with selfish leadership endure hardships and die even preventable deaths.

Leaders of other nations such as America, China, UAE, Britain and many others make choices that tend to be largely beneficial to the citizens of those countries. The choices of these leaders lead to economic development and redemption with good living conditions for their people.

The foregoing underscores the reality that sometimes it is not where you are that matters but the choices you make and the steps you take are what matter most. Most African countries including Ghana have various natural resources in large quantities yet they are not developed compared to other countries that have less or none of those natural resources. Adam had the perfect Garden of Eden but he used it to sink humankind in sin while Jesus Christ used the ordinary Garden of Gethsemane in lifting humanity from grass to grace forever.

Realizing that he was being pursued, Jesus could have run away or he could have heeded to Peter’s advice not to enter Jerusalem at all (Mathew 16:21 -23) and as a result, there would not have been salvation for humanity.

The lazy and cynical leader allows the environment works its will on him or her but through innovations, the futuristic thinking and nationalistic leader overcomes the limitations the environment places in the developmental way and finally liberates his or her people from diseases, preventable deaths, poverty & other economic hardships, injustice, corruption and many more unpleasant conditions or phenomena.

In leadership positions therefore, we must be strategically decisive and not be wishy-washy, for every leadership decision has certain ramifications not only for the leader but also for an entire nation. Remember that both the First Adam and the Second or Last Adam had access to gardens which can be equated to countries and their choices from those gardens either destroyed or elevated humanity.

The following dichotomies of the First Adam and the Last Adam in the Garden of Eden and the Garden of Gethsemane respectively should guide our choices, especially in leadership positions.

One Adam (political leader) can destroy or impoverish a country by his choices while another political leader can liberate the same country by his choices. The choice of a leader matters a lot for a nation. The Scriptures tell us, “The first man, Adam, became a living person.” However, the last Adam—that is, Christ—is a life-giving Spirit (1 Corinthians 15: 45). Indeed, people can easily count the number of seeds in an apple, but only God can count the number of apples in a seed. Only God knows the potentials inside our decisions. May we make for our country Ghana, decisions that inure benefit to humanity and not decisions that have dying consequences for us and our descendants.