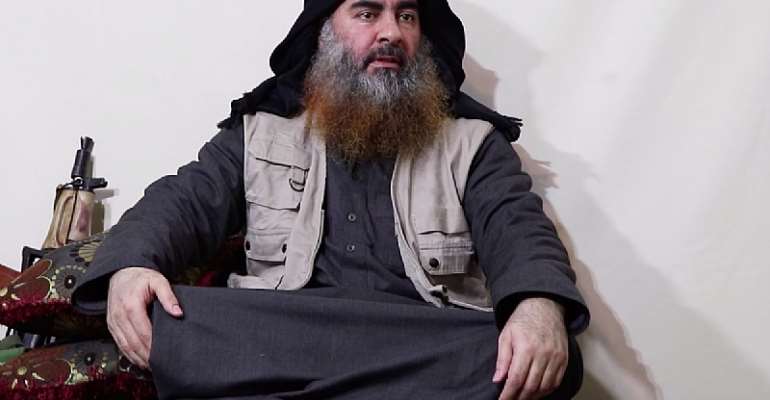 Abu Bakr al-Baghdadi, the elusive and highly secretive leader of ISIS, died during a raid conducted by the US military in northwest Syria on Saturday night, President Donald Trump has said.

The world’s most wanted man oversaw the militant group’s transformation from a ragtag insurgency to a global terror network that attracted tens of thousands of fighters to its so-called “caliphate” in Iraq and Syria.

At the group’s height, Baghdadi reigned over a territory the size of Britain, from which ISIS orchestrated attacks carried out in countries around the world.

Here’s everything you need to know about Baghdadi’s rise to power, and how a long, fruitless manhunt finally brought about his demise.

Baghdadi became the face of jihad in 2014, when he stood at the pulpit of the Great Mosque of al-Nuri in Mosul’s Old City, announcing the caliphate’s creation and himself its “caliph.” Since that moment, ISIS’ followers regarded him as the supreme political and spiritual leader of all Muslims worldwide.

Believed to have been born in Samarra, Iraq in 1971, Baghdadi cut a path of fervent religious practice, dedicating himself to Islamic studies from a young age and ultimately developing an ultra-fanatic ideology.

Reports suggest he was a cleric until the American invasion of Iraq in 2003. A year later, he was arrested amid the Sunni insurgency. Baghdadi was held in a detention center at Camp Bucca — a US facility where other key future jihadist and ISIS leaders were incarcerated. 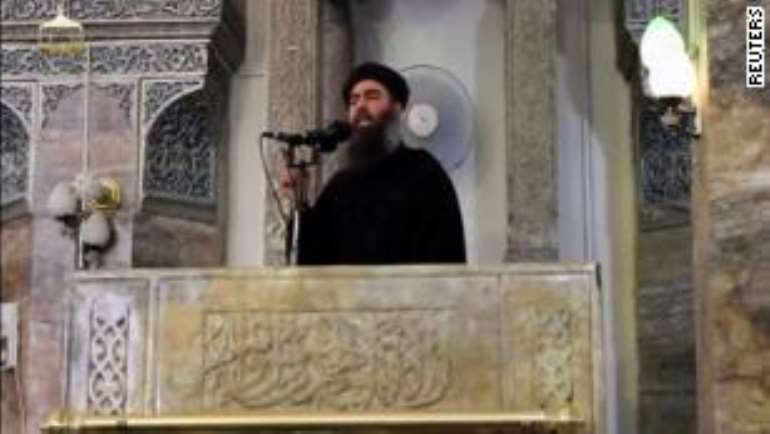 Some observers suggest his time in American custody likely radicalized him. After his release, he went quiet. When he reemerged, it was as the leader of the Islamic State in Iraq, formerly known as al Qaeda in Iraq, in 2010.

Under his guidance, the group rebuilt into a formidable force that swept across vast swathes of Iraq and Syria, snapping up control of major cities and leaving a grisly trail of death and destruction in his wake.

Baghdadi became the world’s most-wanted terrorist, the subject of an international manhunt and the target of a $25 million reward.

His death is another defeat for ISIS, which has faced increasing pressure in recent years. The terror group lost its last stronghold in Syria in March.

How was he killed?

Baghdadi “blew himself up” after he was cornered by US forces during a daring, two-hour nighttime raid on his compound in northern Syria, Trump said, providing a detailed account of the mission.

The covert operation started around 5 p.m. on Saturday evening as eight helicopters carrying teams of elite US troops, including Delta Force operators, flew exactly one hour and ten minutes over “very, very dangerous territory” towards the compound, according to Trump. Numerous other US aircraft and ships were also involved in the mission.

While in transit, the helicopters were met with local gunfire. US aircraft returned fire and eliminated the threat, Trump said. 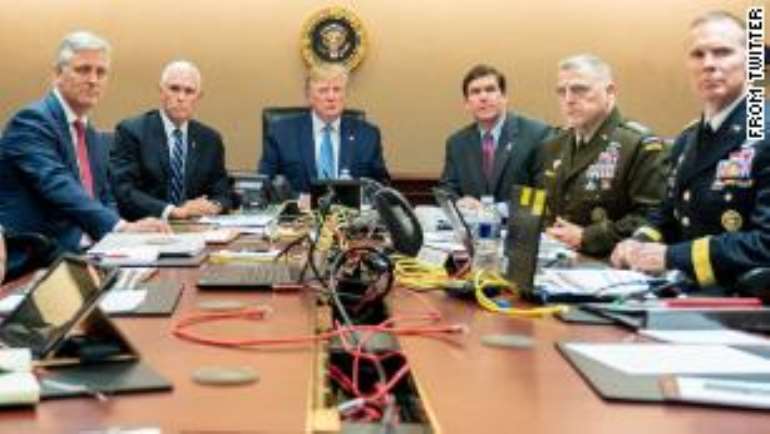 After arriving at the compound, US troops breached a wall to avoid a booby trapped entrance and that’s when “all hell broke loose,” the President said.

While clearing the compound, US forces killed a “large number” of ISIS fighters during a gun battle without suffering casualties, according to Trump.

At least two ISIS fighters were captured and 11 children were taken into custody. Two of Baghdadi’s wives were killed during the operation and their suicide vests remained unexploded.

Ultimately Baghdadi, who was also wearing a suicide vest, took refuge in a “dead end” tunnel with three children.

“He reached the end of the tunnel, as our dogs chased him down. He ignited his vest, killing himself and the three children. His body was mutilated by the blast. The tunnel had caved in on it, in addition,” Trump said.

How did they identify him?

DNA tests that positively confirmed Baghdadi’s identity began “about 15 minutes after he was killed,” and US teams on the ground “brought body parts back,” sources told CNN.

The President also said US forces obtained “highly sensitive material and information from the raid, much having to do with ISIS — origins, future plans, things that we very much want.”

“The raid was successful. We pulled our troops out. We had two minor casualties, two minor injuries, to our soldiers but a very successful, flawless raid,” Esper told CNN’s Jake Tapper on Sunday. 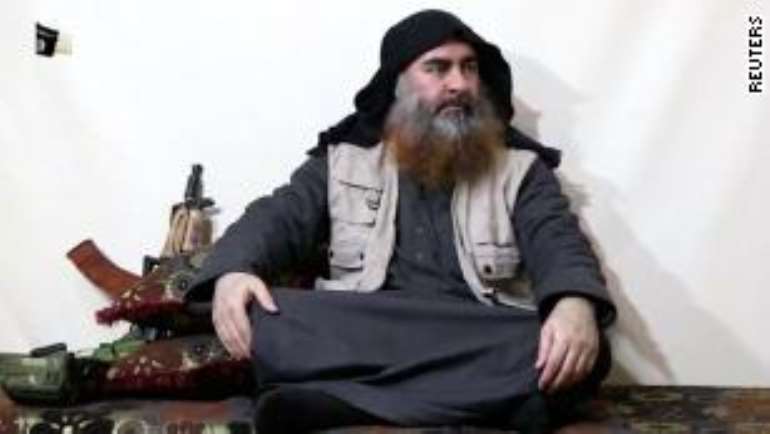 Over the last five years, there’s been little more than brief sightings, spotty intelligence and conflicting information about Baghdadi’s whereabouts. He has been incorrectly reported dead or injured multiple times.

It is believed that Baghdadi went to great lengths to bolster his security, moving around often and only meeting with his closest circle of associates.

Trump told reporters that Baghdadi had been under surveillance for a couple of weeks, adding that two to three planned missions were scrapped before the successful one was launched.

“This was one where we knew he was there, and you can never be 100% sure because you’re basing it on technology more than anything else. But we thought he was there and then we got a confirmation,” the President added.

Why was Baghdadi in Idlib?

News that Baghdadi was killed in Idlib province, in the northwest of the country, had many analysts scratching their heads.

Idlib is under the control of Hayat Tahrir a Sham, a rebel group with ties to al Qaeda. While the militant jihadist groups have plenty in common ideologically, for years, ISIS and al Qaeda — and its affiliates — have been locked in bitter fighting in Syria.

It would seem an unlikely hiding place for Baghdadi, particularly in a village just 3 miles from the Turkish border.

Moreover, in order to move from the Euphrates Valley to Idlib, Baghdadi would have had to pass through areas under the control of Kurdish and Turkish or regime forces.

But personal relations often count for more in the alphabet soup of jihadi politics, and a few local friends could well have provided him a hideout.

A big question now will be whether he was trying to get himself or his family out of Syria. Baghdadi is believed to have been targeted a few miles inside the border with Turkey, on a notorious people-smuggling route.

Who was involved the operation?

The US raid was carried out in close coordination with American intelligence and the Kurdish-led Syrian Democratic Forces (SDF).

The CIA ultimately located Baghdadi and shared that intelligence with the Department of Defense, sources told CNN.

Mazloum Abdi, the commander in chief of the Kurdish forces in Syria, said that the intelligence operations leading up to the raid began five months ago.

The SDF had been a key US partner in the fight against ISIS until earlier this month, when Trump pulled American troops from northern Syria, effectively giving Turkey the green light to launch an offensive against them.

Shortly after Turkey launched its operation, the SDF suspended their counter-ISIS operations.

A source with knowledge said Trump’s order to withdraw US troops from Syria had a major impact on the planning of the operation which killed Baghdadi, but did not necessarily accelerate its launch.

The official also said that the operation would have been impossible without US troops in Syria and the partnership with the SDF.

SDF spokesperson Kino Gabriel told reporters in Hassakah that the Turkish offensive in north Syria delayed the operation to kill Baghdadi “by more than a month.”

What does it mean for ISIS?

Baghdadi may be dead, but ISIS is far from finished.

The group operates in West Africa, Libya, Egypt’s Sinai Peninsula, Afghanistan and the Philippines, and has followers in Europe and elsewhere. That in addition to between 14,000 and 18,000 fighters between Syria and Iraq, according to a report issued by the Pentagon’s Inspector General in August.

There is no reason to think that the threat from ISIS’ far-flung network of affiliates and sympathizers has disappeared with the passing of Baghdadi. He was at the top of a pyramid of power and others will come forward to claim his mantle of leadership. 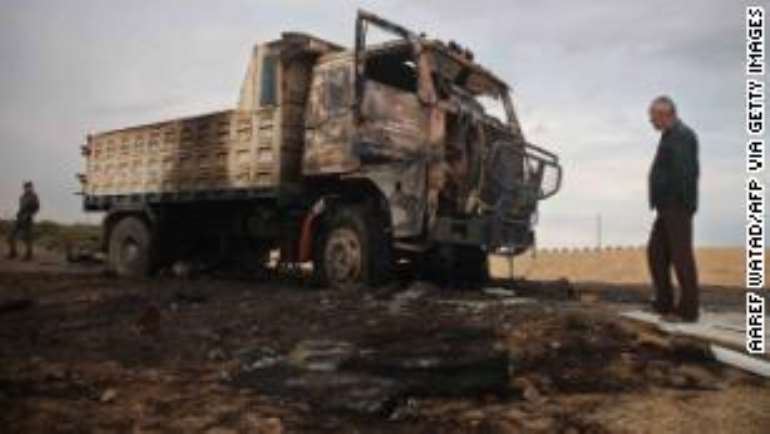 Unlike other terrorist leaders before him, Baghdadi maintained a low profile, appearing only once in public and rarely on social media — where ISIS excelled at spreading its message.

Among the dozens of ISIS fighters and relatives that CNN interviewed this spring during the battle for the group’s last stronghold in Syria, few mentioned Baghdadi’s name. The diehards, the ones who still remained loyal to the ideology of ISIS, stressed their allegiance to ad-Dawla al-Islamiya — the Islamic State — not to its leader.

ISIS may morph into something else — just as Osama bin Laden’s Arab mujahideen became al Qaeda and ultimately ISIS. But it is unlikely to disappear. Baghdadi’s elimination is a blow to ISIS, yet not a fatal one.