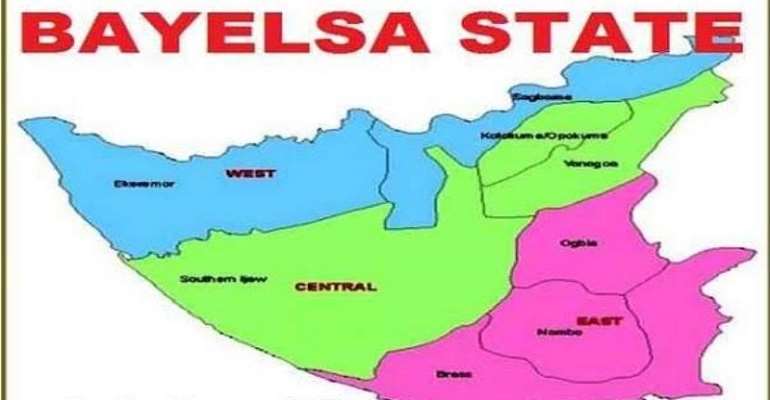 The concept Biafra is typically Igbo's even though other ethnic nationalities in then Eastern region of Nigeria ran and ruined by Ojukwu and other Igbos, were co-opted as minorities who were also suppressed by Igbos.

Permit me therefore to respectfully Disagree with the Concept: "We Are All Biafrans." This concept or statement, idea says or suggests, all those who were forced into the abnormal geographical space or expression called Nigeria are all "Biafrans."

Surely, the slogan is "We're all Biafrans." Are we all Biafrans? My answer is no, we aren't all Biafrans. Implying these ethnic nationalities or peoples forced into Nigeria's contraption aren't Biafrans in totality, though there is an iota of truth in terms of some degree of suffering imposed on all common citizens of, and in Nigeria by the greedy, corrupt and violent, weak and sick brain politicians and rulers.

Inasmuch as ordinary Igbos/Biafrans can claim some sort of marginalization, Igbo as an ethnic group isn't expressly marginalized by or in Nigeria. It's the Igbo governments of 5 states, which depend largely on oil money from Niger delta that marginalize and under-develop the Igbo people.

Ike Ekweremadu, an igbo was a recent senate president. Many top militaries, federal ministerial positions and directorship, party heads, etc. have been Igbos. If Igbos had these high positions, and 5 unjustified states like Hausa-Fulani & Yorubas about 12 & 6 respective states, which are unjustifiable and largely depends on sharing oil money from Niger delta without which they can't pay salaries, and they can't develop themselves and change their destiny for good, there's no external marginalization here. What's happening is internal marginalization, even oppression by Igbo leadership toward Igbo people.

Should Igbos get more from the federal government? Oh yes, but it should be dependent on what they contribute to the center though more than 90 percent of the 36 states in Nigeria barely contribute anything but takes as much.

We'd also remember that Igbos aren't the only ethnic people in the country. There are 250 ethnic groups in Nigeria. Ogoni is, of course, one of these ethnic groups. Like many Ogonis have gained nothing but the cruel exploitation of their land---oil and gas resources, which they've been polluted and killed with. Ogoni deserves all the best it should get from Nigeria, which has raped and neglected her and her children.

Ogoni deserves a state of its own to meet the Political Autonomy demand enshrined in the MOSOP formatted Ogoni Bill of Rights (OBR). This will satisfy the people's right to self-determination or self-rule (self-government), which is operational in Nigeria with the creation of about 25 ethnic-based states out of 36, for Hausa-Fulanis, Yorubas, Igbos, Ijaws and Ibibios.

Meanwhile, based on the foregoing, and with the exception of the Nigeria-Biafra civil war, when calculating the experiences of Ogonis, Ijaws, Itsekiris and other ethnic nationalities which lands gush in the black gold--oil, and gas, the statement or slogan: "We're all Biafrans" is at best spurious; it's a ruse!

I repeat, with the exception of the unfortunate Civil War caused by Ojukwu and his Igbo/Biafrans' greed for oil, thirst for power and control, what Ogonis, Ijaws and others have suffered surpassed the experiences of Igbos who also mistreated Ogonis, et al in then eastern region they controlled and mismanaged like the imposed and unfit project called Nigeria.

Notwithstanding my position that's based on facts and substantive evidence, as written previously, Igbos still have the right to demand secession or just secede from Nigeria if they all or largely agree; understand the requirements and sacrifice thus have the means.

To succeed igbos/Biafrans must importantly desist from the mistakes of Ojukwu and his co-travelers who tried to conscript other ethnic nations, especially those such as Ogoni and Ijaw, Itsekiri and Ibibio (to name a few) whose lands have crude oil and natural gas among other natural wealth.

Nigeria's imposition on independent ethnic nations by rogue British colonialists is a typical example of the dangerous effect of forcing unwilling people to stay together. Living independently hence secession is a natural, fundamental human right that must be ceded to whoever wants it.

Thanks for reading.
Sincerely,
Ben Ikari

Police hunt for five members of kidnap syndicate in Savannah...
52 minutes ago