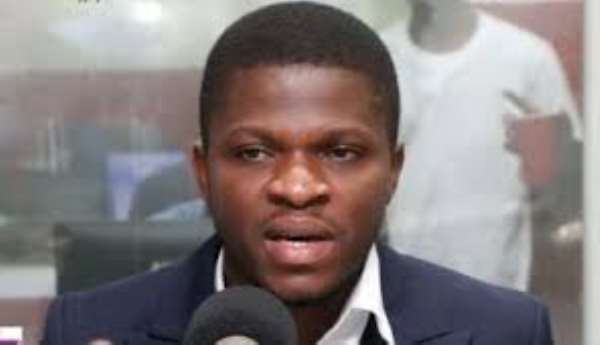 The National Democratic Congress (NDC) has backed claims by the Flagbearer John Dramani that the Akufo-Addo government is indeed training hoodlums in the Asutuare forest ahead of 2020 general elections.

“We wish to put on record that the said pronouncement of former President Mahama on the recruitment of NPP thugs for the purposes of Election 2020 is the truth and nothing but the truth.”

This was contained in a statement signed by National Communications Officer Sammy Gyamfi.

He added that the party is in possession of pictures and other pieces of indisputable evidence to back Mahama's revelation.

Sammy Gyamfi accused President Akufo-Addo of being the “master brainer” behind the exercise. “It is obvious from the overwhelming evidence available to us on this matter, that President Akufo-Addo himself is the chief mastermind and promoter of these illegal acts which threaten the very core of our democracy.”

According to the party, they've been numerous incidents to suggest the President is presiding over the training of thugs to violently rig the 2020 general elections.

The Flagbearer of the NDC H.E John Dramani Mahama has expressed concern over the sad and despicable events of the Ayawaso West Wuogon bye-election and the continuous recruitment of NPP thugs by the Akufo-Addo government, who are being trained in batches in combat techniques and other military drills at Asutuare ostensibly to unleash mayhem and bedlam in next year's elections.

The Flagbearer was emphatic, stating that the government is training “thugs” ahead of the 2020 general elections.

The release cited that, in spite of the numerous violence meted out by persons claim to be aligned to the NPP across the country, the party's position is fortified by the Ayawaso West Wuogon by-election event but left unpunished.

“The most scandalous and disappointing endorsement of the activities of the criminal thugs of the NPP by President Akufo-Addo is his decision to whitewash and absolve the perpetrators of the violence of Ayawaso West Wuogon through a contemptuous Government White Paper,” the statement stressed.

According to him, President Akufo-Addo has refused to punish one Sulemana, a hooded thug who physically assaulted a Member of Parliament for Ningo-Prampram, Hon. Sam George, on the grounds of provocation.

This, he said is baffled by the government's issuance of a white paper after a recommendation by the AWW commission of Inquiry and that together with other violence events witnessed under the current President as basis to disrupt the peace in pursuit of political power.