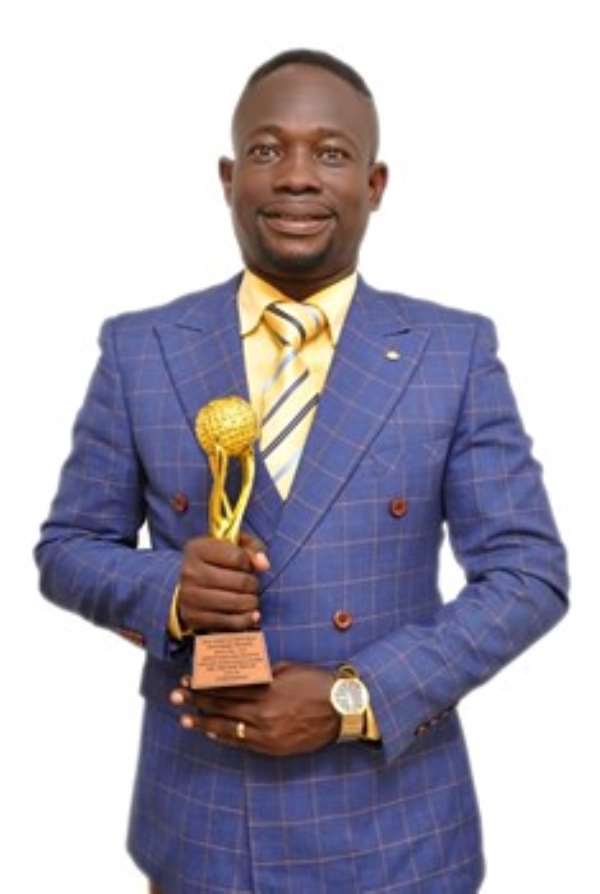 One of the country’s finest radio presenters, Frankie Taylor, is gearing up to celebrate his 20th anniversary on Fox Fm 97.9 in Kumasi, the Ashanti regional capital.

Frankie Taylor, an actor, movie producer and philanthropist, has for the past 20 years, worked diligently as a radio broadcaster and was adjudged as the Best Music Promoter at the Ghana DJ Awards for 2013.

He had disclosed to the Punch newspaper that a number of activities have been lined up to celebrate his 20 years as a radio presenter with his listeners, friends and loved ones.

He mentioned of raising funds to furnish Komfo Anokye Teaching Hospital (KATH)in Kumasi with wheelchairs and also donate to some selected widows in the country.

The ace presenter, who was onetime honoured as the ‘Unofficial Mayor’ of Kumasi by Mr. Kofi Jumah, the then Mayor of Kumasi and former MP for Asokwa Constituency in Ashanti Region, has been in the thick of affairs at the station right from the beginning till now.

Based on his outstanding achievements on radio and in the showbiz industry in Ghana, Frankie has won many awards both at home and abroad including the recent awards like the outstanding leadership award dubbed Nsoroma Award by Global Centre for Transformational Leadership, 2014 Ghana DJs Awards, Best Music Promoter of the Year, 2013 by Mercury Events.

He started his active radio career with Radio BIYAC at Akyem Oda, the first private radio station in the Eastern Region in 1995. As a presenter at Radio BIYAC, he rose to become the first programmes director and later joined Fox 97.9FM in 1999 when it was established.

He is also the Chief Executive Officer (CEO) of Royals Production which specialises in film and music productions as well event management and a farmer . He has acted in movies like ‘Nhyira’, ‘Adom’, ‘Come Back Love’, ‘Asempa’, among others.

Frankie Taylor is the first Presenter to talk on Fox Fm and still talking. He was the programs director for the past fourteen years, from 2001 to 2015.

He holds nicknames such as “Maapao” , Fire Man and many others.

Twenthy solid years of broadcasting without leave, no contract of front money, car, house or any other incentives.

From 1999-2019 presenting the same programmes thus African Express and Atumpan which has won slot of adverts and awards.

Frankie Taylor has trained alots of presenters both in Ghana and abroad.

He is the first presenter to establish the first official Hiplife Music program called Atumpan in the history of private broadcasting in the Asante Kingdom.

He, working with Fox Fm was a call from God. He also thanked the entire management of Fox Fm, especially the general manager ( Uncle P) Presenters, staff and all his clients for their support.

He however thanked Mr. Francis Kwabena Poku Junior(Afro) , Chief Executive Officer of F. Giant Broadcasting limited made up of Fox fm 97.9, Kumasi, fox 103.1, Takoradi, Hot fm, Accra and foxfmonline.com and his family, especially her wife Mrs. Mavis Akosua Poku for giving him the platform to shine.

He was also grateful to Prophet T. B. Joshua, leader and founder of The Synagogue Church of All Nations for his spiritual support throughout his journey.

His entire career wouldn’t have been successful without the support and prayers of his wife, Mrs. Princess Taylor, children, and all his workers.