More Women and Girls Are Circumcised In Germany 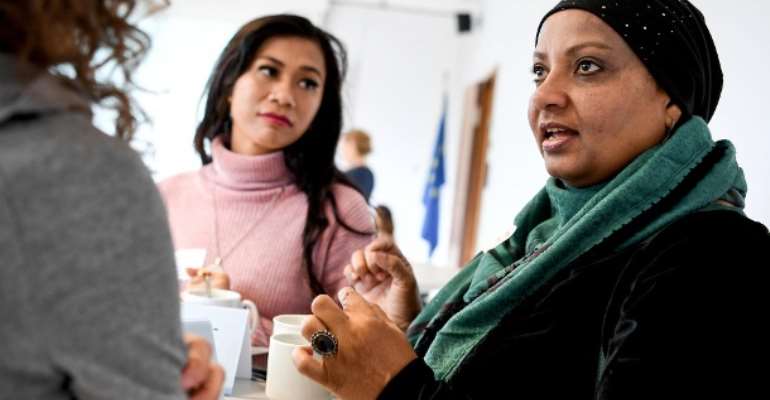 Women's rights activists present the unreported statistics for 2019 on "Female Genital Mutilation in Germany". Currently the problem is not only existing in Africa and Asia. When it comes to genital mutilation, this is a misconception. New estimates show that there are more and more affected women in Germany.

Circumcision of girls is widespread in many regions of the world. Also in Germany the women's rights organisation "Terre des Femmes" (TDF) demands more awareness of the problem of genital mutilation.

At least 70,000 women affected in Germany
The number of presumably affected or threatened girls and women in Germany has been rising continuously for years, said TDF spokeswoman Charlotte Weil on Thursday in Berlin. The reason is the increased influx of people from countries such as Somalia and Eritrea, where this practice is widespread.

"Currently, at least 70,000 affected women live here in Germany", said Weil. It is also assumed that almost 17,700 minors in Germany are at risk, almost twice as many as three years ago. The numbers are therefore alarming. Less well known is the fact that, according to statistics, women from Indonesia are among the largest affected groups in Germany.

Since 1998, TDF has been using the so-called dark figure statistics to estimate the approximate size of the problem. The percentage of people affected in their country of origin is apportioned to the number of women and girls living here. It also takes into account how long a person has been living in Germany. Experience shows that the longer a family is here, the lower the figures are, explains Weil.

Cases of genital mutilation carried out in Germany have not yet become known, according to Weil. One had heard, however, that there are circumcisions when travelling to one's home country or to other EU countries such as France, according to Weil. Female genital mutilation is illegal and punishable in Germany. Since 2015, this has also applied to circumcisions of girls abroad.

Circumcision of girls living in Germany
"We cannot rule out circumcisions of girls born and living in Germany. There is," said Hermann Josef Kahl, spokesman for the Professional Association of Pediatricians and Youth Physicians. A surgeon who treats affected women at the time reported that she knew that genital mutilation was taking place in Germany. Such cases, however, were not known.

Female rights activist Habiba Al-Hinai, who fled Oman three years ago, said that genital mutilation was so taboo in her home country that she herself had known nothing about its frequency for a long time. She had pointed this out online and had been strongly attacked, even by educated women. Now she is involved in a TDF project in Berlin: "If we can't stop genital mutilation here in Europe, how can we stop it in the rest of the world," she asks.

Terre des Femmes believes that enlightenment is the right way to go in the communities that live here. Only with the help of these people can a change of attitude be initiated. Corresponding projects supported by the EU already exist. In addition the topic must become here in Germany in the out and further training of physicians, educators, teachers and other occupations a component. This is important in order to recognise the danger in girls.

According to Unicef, 200 million circumcised girls and women live worldwide. The practice has a long tradition in about 30 countries in Africa, but also in some countries in the Middle East and Asia. The external sex organs are partially or completely cut off, depending on the region, the severity of the interventions varies greatly. Many women have to struggle with the physical and psychological consequences throughout their lives.