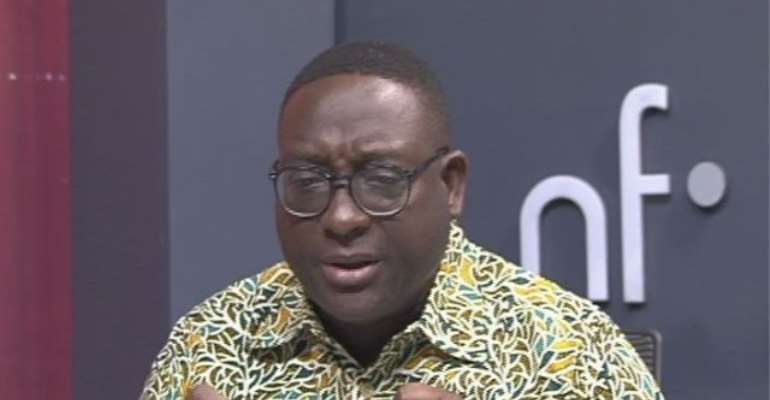 Yaw Buaben Asamoa is Director of Communications of the NPP

The governing New Patriotic Party (NPP) has denied claims by the presidential candidate of the opposition National Democratic Congress (NDC) John Dramani Mahama that the party is training thugs to disrupt the 2020 polls.

In a statement issued Sunday and copied to Joy News, NPP’s Director of Communications, Yaw Buabeng Asamoah, said no such thing is being done.

“The NPP emphatically denies any knowledge or participation in any wild claim of ‘military training’ to disrupt the upcoming elections in 2020,” the statement said.

Former President John Mahama made the claims NPP is now denying when he paid a courtesy call on President of the Ghana Journalists Association (GJA) Affail Monney last week.

He claimed to know of a letter by the Upper West Security Council requesting that some members of the governing party should be present for combat training for next year’s election.

According to him, after following up on that letter it has emerged that the party indeed has sent these executives to Asutuare in the Greater Accra region to be trained.

He has described the situation as worrying, fearing that that singular decision can destabilise the country

“If you lose an election and you believe that it was free and fair, you don’t any cause to cause confusion. But if you feel that you were cheated, then sometimes emotions can run high,” the NDC flagbearer stated.

But the NPP admonished Mahama and his followers not to resort to “cooking up and spreading false materials on social media as they have done in recent times in their attempt to mislead the good people of Ghana. As has been proven, that will soon be found out as false.

“If it is just qualms he has about losing the impending election, then he best keeps them to himself so the nation can get on with the serious business of defeating poverty,” the statement added.

It should not surprise anyone that Candidate John Mahama is throwing verbal flames at election issues again, in his recent meeting with the leadership of the GJA. The NPP emphatically denies any knowledge or participation in any wild claim of ‘military training’ to disrupt the upcoming elections in 2020.

Indeed, the former President comes to the debate about electoral violence far too late to be taken serious. After gleefully declaring his higher credentials in delivering election violence and threatening to match the NPP “boot for boot”, Candidate Mahama went to sleep with a false presentation to the diplomatic community about the noble country he seeks to lead. He made absolutely no input into the public, executive, legislative and political leadership processes that led to the establishment of the Short Commission, the National Peace Council moderated bi-party dialogue and the passage of an Act of Parliament against politically related violence.

For the attention of Candidate Mahama, the nation has moved beyond scare tactics about election violence. If he has any substance, he should resort to the rule of law and use the institutions available. We also admonish Mahama and his followers not to resort to cooking up and spreading false materials on social media as they have done in recent times in their attempt to mislead the good people of Ghana. As has been proven, that will soon be found out as false.

If it is just qualms he has about losing the impending election, then he best keeps them to himself so the nation can get on with the serious business of defeating poverty.

But then, Former President Mahama has never respected the law, though he is a beneficiary of the law, which installed him as a mid-stream president. He disrespected the Supreme Court by never showing up at the Election Petition Hearing.

Most of his effusions to the GJA leadership undermine the law of the land. Instead of advising the radio stations he claims to be that of his party to seek redress in the higher courts, he rather threatens to retaliate with closures of other stations. His new found love for the Short Commission comes without a clear indictment of the Government legal position, a necessary distinction if his refusal to implement any of the findings of the commissions into the Brazil World Cup debacle and the “create, loot and share” Judgment Debt spree, is anything to go by.

Significantly, the GJA visit is only the last in an orchestrated string of meetings with leaderships of identifiable groups and associations. In these meetings, Mahama delivers ‘no plan’ political promises associated with topical current happenings. As is typical of the cynical politics of the NDC, promise anything to play on political emotions, as long as you are not pressed for a solution.

He meets UTAG leadership and promises ‘non-interference’, meaning exactly what? Just before then, he promised frustrated Law Students expanded access to legal training in a meeting with the leadership of the Bar Association, acted holier than thou about CSE at a meeting with religious leaders and derided the security agencies in successfully rounding up alleged dissidents before a student leadership forum.

Much earlier, he offered a vague council to advise him on banking reforms and a stakeholder meeting on a review of free SHS. We are yet to hear him on anti-corruption. Perhaps we could benefit from his views on the Office of Special Prosecutor

Often, his lack of statesmanship betrays his true intentions. He justified his national Chairman’s alleged intentions of creating insecurity before a Church audience, virtually insulted the Asantehene with a public rebuff and dared the NPP with his expertise in electoral violence.

He is entitled to do so. But the least this beloved country deserves is constructive engagement. Quality policy alternatives.

The NPP is eagerly waiting for John Mahamas’ policy on anything. Meanwhile, the NPP is fully harnessed into the unfolding programme of H.E. President Nana Akufo-Addo.

The NPP believes the Presidents’ leadership offers the best chance of breaking out of the poverty trap and deepening democratic governance.

Mahama misled the people when President and now misleading them with lies in opposition.