Michelin closes factory in France with the loss of 619 jobs 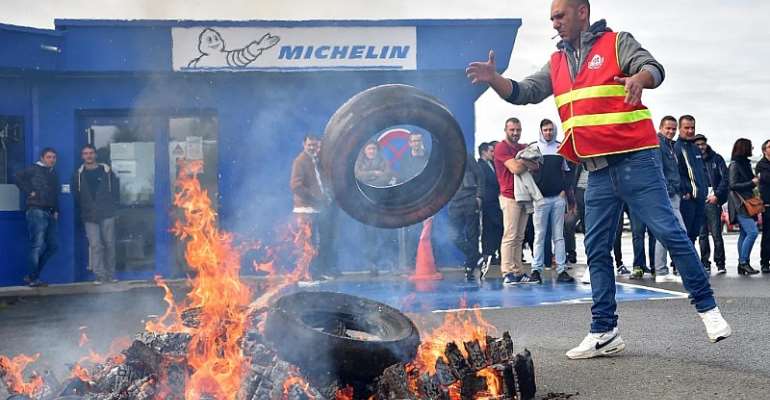 French tyre manufacturer Michelin says competition from Asia and a slowing auto economy are behind the decision to close the Roche-Sur-Yon plant in the west of France. However, the move is part of a bigger, previously announced plan.

619 employees will lose their jobs next year as Michelin struggles to plug its' diminishing profit margin.

Two weeks ago, the French company announced the closure of a factory with 858 employees in Germany by 2021, and last year said it would shutter a plant with 845 employees in Scotland.

Knock on effects in France
Michelin promised a "support plan" for employees affected by the Roche-sur-Yon closure, and said it would offer every one a chance to remain in the company in France.

The firm says 74 people who work at a factory in nearby Maine-et-Loiret, manufacturing rubber for the site in La Roche-sur-Yon, will also be affected.

Staying in the race
It would also seek out "a major public-private project" in a bid to relaunch the failing site.

Michelin has been hit hard by the lacklustre performance of the auto industry.

Its CEO Florent Menegaux said last month that a 70-million-euro investment had been unable to save the site at La Roche-sur-Yon. He blamed "difficulties in the market for high-end heavy-duty tyres both in Europe and abroad", coupled with "increased competition".

Remaining flexible
In 2016, Michelin announced 90 million euros in fresh investment by 2020 in its historic base in the centre of France, in Clermont-Ferrand, on various sites in and around the city, as part of their conversion into what the firm termed "industrial and technological centres of excellence".