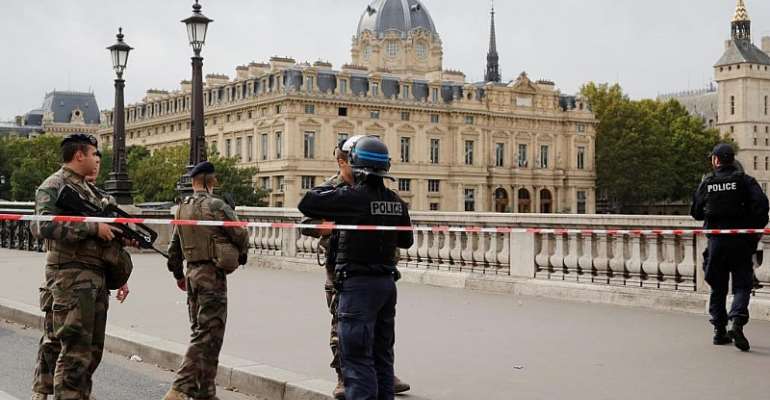 French daily Le Parisien reported the USB device was found in the office of Mickael Harpon, a 45-year-old IT specialist who killed three police officers and one administrative worker before being shot dead at Paris police headquarters last week.

According to the paper, the device contained personal details of several dozen colleagues of the police HQ, including a number of officers, as well as several propaganda videos of the Islamic State (IS) armed group.

Europe 1 radio reported several files had been intentionally erased and that investigators were able to restore them.

Le Parisien added that it was not clear whether Harpon had acquired any of the personal information on his own or as part of his job, nor whether the suspect had passed any information to others.

“He has one of the highest levels of security clearance at the station,” a colleague told Le Parisien. “He would have been able to know everything or nearly everything about the agents he saw every day.”

Investigators also told the paper Harpon had been in regular contact with a preacher known to intelligence services for Salafist views in recent months, adding nothing at this stage indicated they had conspired to commit violent acts.

Authorities fear the lives of police officers could be at risk if details about their identities or addresses fall into the wrong hands.

Police officers and their families have been targets of deadly attacks for which the IS group has claimed responsibility.

A known jihadist killed a senior police officer and his partner at their Paris region home in June 2016.

A man known to anti-terror investigators shot dead a police officer and wounded two others on the capital's Champs-Elysées Avenue days before the first round of the presidential election of April 2017.

The IS claimed responsibility for both attacks.