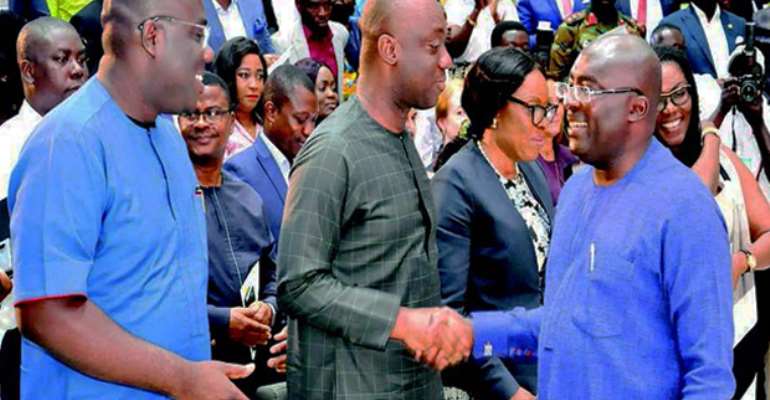 The Youth Employment Agency (YEA) has launched an online job portal to boost employment opportunities for both employers and the teeming youth who are seeking decent jobs in the country.

The job centre is meant to bring together job seekers and employers in both the formal and the informal sectors unto a common platform to explore job opportunities.

The job centre provides two modules for job seekers which are online centre and the walk-in platform for assistance on employment-related issues.

Launching the job centre yesterday in Accra, Vice-President Dr. Mahamudu Bawumia, said the initiative was coming at the right time to help curb the growing threat of graduate unemployment in the country.

Describing the centre as ‘a new dawn, a new beginning, a new tomorrow’ for job seekers, he entreated the youth to take advantage of the centre to seek employment opportunities.

The Vice-President said about 250,000 youth enter the job market annually with less hope to secure jobs, adding “this is why the YEA Job Centre has come to help curb this threat.”

He stated that by 2020, the first batch of the Free SHS students would be graduating and much as the government is putting measures in place to expand access at the various tertiary institutions to absorb them, there must also be opportunities for those who would be interested in entering the artisanal space. He said the YEA artisan directory would be of great help to such people.

The Vice-President indicated that the Akufo-Addo New Patriotic Party (NPP) government was committed to leaving a legacy by creating more job opportunities for the youth.

He said 350,000 had been created since the NPP assumed office in 2017 and enumerated some areas like Planting for Food and Jobs, Nation Builders Corps (NABCO), Youth in Aforestation, among others, where the government had created employment opportunities for the youth.

Dr. Bawumia stated that when government realised the public sector could not do it all, it put measures in place to make the private sector stronger.

He said since 2017 the government had either abolished or reduced several nuisance taxes, digitize the economy, reduced stress in doing businesses including limiting the number of processes in the registration of businesses to ensure rapid growth of the economy.

He added that the government was formalising the informal sector with innovations such as the digital addressing system, saying “very soon, even kiosks at Agbogbloshie will have digital addresses.”

He used the opportunity to call on companies in the private sector to join hands with YEA in making the job centre become successful.

The Minister of Employment and Labour Relations, Ignatius Baffour-Awuah, said unemployment under the current government had dropped and gave an assurance that government was working hard to create more jobs.

He said in real terms, the government had reduced unemployment to 3.7 per cent but said that the rate is at 7.1 per cent when the 'relaxed method' of calculating unemployment rate is used.

The minister urged the youth to take advantage of the opportunity provided at the YEA Job Centre to better their lot.

Sammi Awuku, Board Chairman of the YEA Board, said the centre had been introduced to facilitate employment in Ghana. He entreated every job seeker to show interest in the services of the agency.

Welcoming participants to the launch, the CEO of the YEA, Justin Kodua Frimpong, said they were determined to help the youth to secure sustainable jobs.

Bawumia to deliver keynote address at Nottingham University ...
9 minutes ago