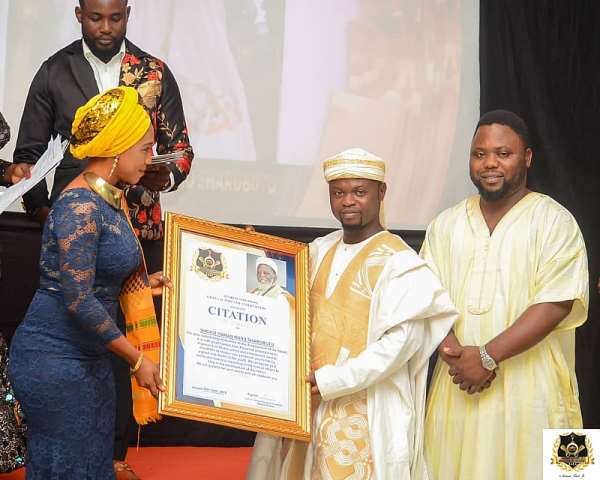 The National Chief Imam Sheikh Dr Osmanu Nuhu Sharubutu has been named the Ultimate Icon Of The Year at the maiden edition of Ghana Actors and Entertainers Awards held on Saturday 28th September at the Mensvic Grand Hotel in Accra.

The ultimate icon award is an overall award given to an individual who has for a long term contributed immensely to the creative arts industry and also whose influence has ensured peace and stability in the country as a whole.

Present on the night to receive the award was Alhaji Khuzaima M. Osman an eminent member and an assistant to the National Chief Imam.

The Ghana Actors and Entertainers Awards is an Awards Initiative purposed at recognizing and awarding hardworking and well-deserving brands and individuals in the creative arts industry.