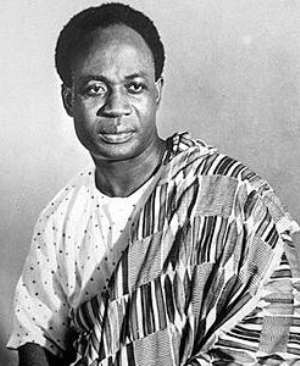 The history put has it that, where was somewhere in the enemy land and agreed to visit home to help support the course of the nation struggle to liberation. It is a wise decision he took because he has indeed contributed and his ideological font prints is there for we the then-unborn generation and generation yet to born to read, appreciate and understand.

He has envisioned to gained independence from the ‘colonies enemies’ with his sense of ability to mobilize the youth, radical approach and subsequently his quest for self-government now. It was not surprising that, the founders of Anti Nkrumah ideological viewpoint, the United Gold Coast Convention (UGCC), metamorphosed into National Liberation Movement (NLM) and later to the UP, united Party in the second republic and to finally New Patriotic Party in the Fourth republic that are all seed to your comrades in the early days of independent struggle wants to re- write Ghana’s history by making all attempts to promote the so called legacies of their grandparents and uncles who indeed were enemies to the state. Let me state unequivocally that Ghana is the Founder of Ghana and a founding father of African unification umbrella. Although, there were other leading figures; undoubtedly, Nkrumah stood tall and must be respected for saving us from the colonial witches.

Nkrumah is credited for setting a strong founding in Ghana as a truly independent state with sound socio- economic prospects. He vision to industrialized mother Ghana has brought about a lot of investment from commerce – development of habour and industrialization programmer. This saddened me if we had not over thrown him and he continues these policy initiatives where do we think Ghana would have been?

Nkrumah demonstrated intellectual quality; youth development, and empowerment of the Ghanaian. Above all he gave us the true meaning of independents and Ghana’s independent was not negotiated like that of South Africa that still allows the whites to keep their lands and dominate their economy and still making the black South African a slave in his country (South Africa). Ghana independents clearly swept power away from the British monarch and we were defining our ideas and principles that were propelling us to socio- economic prosperity.

Dr. Kwame Nkrumah instilled on to us the spirit of patriotism and pan- Africanism; his sense of discipline and yearnings desire to succeed has indeed enabled Ghana prevailed from colonial dominance. It is not denying the fact that; Kwame Nkrumah has laid and helped in achieving the dream of organising Africa under one umbrella. It is only unfortunate that; we never have Two Nkrumah’s at that time and the African unification agenda still remained a mirage.

It is fact to agree that; a Man life will always have many sides. The other side of Nkrumah was not born out of greed and selfishness but a yearning desire to make sacrifices in order to keep the “enemy of the nation” far way been misled to destroy mother Ghana. In this important day of his birth; we as Ghanaian must re-examine the legacies of Ghana’s Founder, First President and Greatest Ghanaian and Blackman of the millennium of all. He has paid his due and we must glorify and help save Ghana as a failing state.