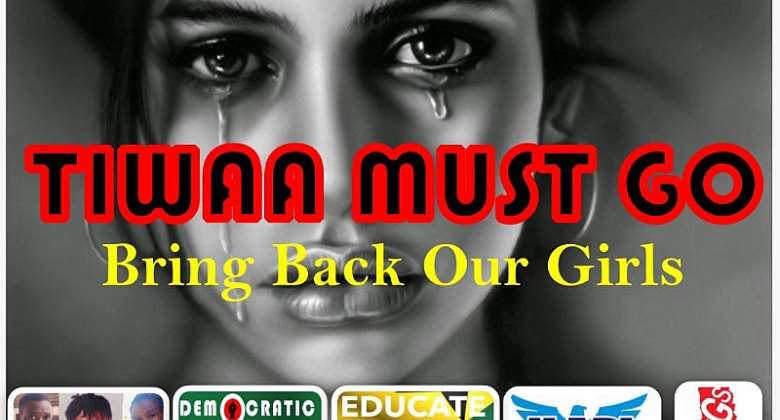 Many Ghanaians expressed shock after the police broke the news that the four missing Takoradi girls were dead following the results of a DNA test.

Before the shocking news on Monday, CID Director-General, Tiwaa Addo Danquah, had said that the girls – Priscilla Blessing Bentum, 21, Priscilla Mantebea Koranchie, 18; Ruth Love Quayson 18, and Ruth Abeka – were alive and their whereabouts were known.

However, after the sad news by acting Inspector-General of Police (IGP), James Oppong-Boanuh, Ghanaians want the police service to held responsible for the death of the four girls – singling out the CID boss.

Many people on Twitter have begun calling for the resignation of the CID boss, because, according to some, she handled the case unprofessionally and with utmost incompetence.

The preponderance of this view on Twitter has shot #TiwaaMustGo to the number one spot on the social media site.

@Ed_Elikplim wrote, “How do you not understand that you need to go because you're terrible at your job?”

@NhyirabaAndy believes if Tiwaa was in Europe, her resignation would not have been a problem.

Another user @ElormSakitey wonders how the CID boss feel watching the families weep after hearing the news of their daughters.

The kidnappings and failure of the police to find the girls alive have raised the thoughts of one user who said he no longer feels safe as a Ghanaian.

“In any serious country, the conscience alone of this woman would make her resign from office and apologize but in our part of the world, she's, as usual, in her uniform going to work this morning. No shame! No integrity!,” @EkowDjan_ wrote.

Other users, however, are in doubt if the DNA test done on the bones found in the septic tank really belongs to the girls as the police claim.

Ask your MPs to pass e-levy and hold me accountable for all ...
9 hours ago