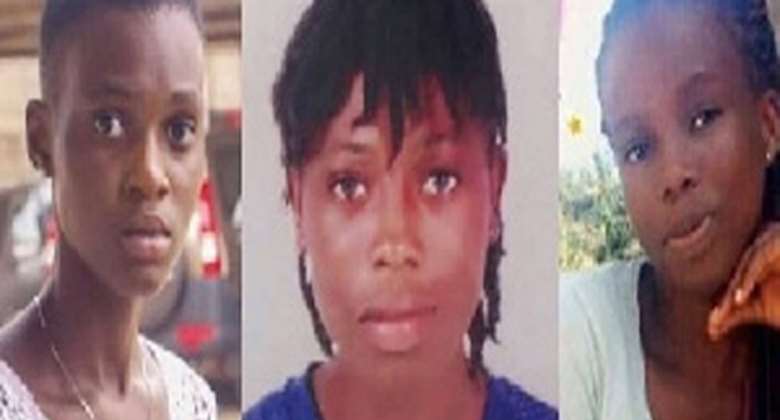 Families of the now dead girls who were kidnapped in Takoradi have given the police four days to produce the report of the DNA tests they conducted on the human remains found in a septic tank in the metropolis.

Spokesperson for the families, Michael Grant Hayford, told DAILY GUIDE yesterday that prior to the tests, the police made it known to them that they would complete the process within four weeks.

He said it had been over four weeks since the DNA process was supposed to take place but they were yet to hear from the Police Administration.

“In fact, we wanted to give the police the maximum respect and that is why we didn't ask anything when the four weeks elapsed. But we are giving them up to Friday; if we don't hear anything from them, the families will have to go to the police to ask for the report,” he indicated.

The spokesperson claimed that the Ghana Police Service had completed the DNA tests on the remains retrieved and did not understand the reasons for keeping the report a secret.

On August 14, 2019, a two-member medical team from the Police Hospital in Accra arrived at the Western Regional Police Headquarters in Sekondi, Western Region, to collect DNA samples from the families of the four kidnapped girls.

This followed the assurance by the acting Inspector-General of Police, Mr. James Oppong-Boanuh, to thoroughly investigate the matter when he paid a visit to the families of the four missing girls.

The DNA samples were to help the police determine the identity of the human remains retrieved from the septic tank at Kansaworodo, a suburb of Takoradi, where the key suspect, Samuel Udoetuk Wills, resided.

A fourth set of remains was also discovered at Nkroful Ridge in Takoradi near where the Nigerian suspect was hiding after breaking cells from a police station in the metropolis.

Priscilla Blessing Bentum, 21, a third-year student of the University of Education, Winneba, was kidnapped on 17th August 2018 at Kansaworodo and Ruth Love Quayson, 18, a Fijai Senior High School leaver in Sekondi, was kidnapped on 4th December 2018 at Butumegyabu Junction in Takoradi.

Priscilla Mantebea Kuranchie, 15, a first-year student of Sekondi College, was kidnapped on 21st December 2018 at a spot near Nkroful Junction and the fourth victim, Ruth Abakah, a former student of Diabene Senior High School, was last seen on July 29, 2018.