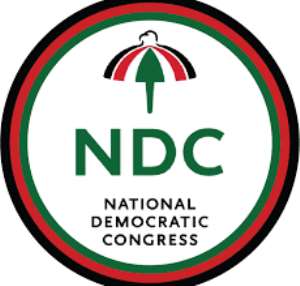 The National Democratic Congress (NDC) has suspended its 'Moment of Truth' Series which was scheduled today.

The National Communications Officer, Sammy Gyamfi announced this in an interview that the party want to commiserate with the families of the now dead four girls who were kidnapped in Takoradi a year ago.

“The party has suspended today’s edition of the Moment of Truth Series for today because the party is saddened with the turn of events. The matter at hand is worrying and disheartening," he said.

However, an official statement will be released to that effect.

Ghanaians are bemoaned and in a state of shock over the police report which declared the four missing Takoradi girls dead after a DNA test has shown.

Priscilla Mantebea Koranchie, 15, Ruth Love Quayson, 18, and Priscilla Blessing Bentum, 21 have gone missing for nearly a year after they were reported kidnapped in the Takoradi metropolis.

The human remains were retrieved from a septic tank on a property previously occupied by the key suspect in the kidnapping of the four Takoradi girls, Samuel Udoetuk-Wills.

E-levy has been approved, we just need backing legislation –...
40 minutes ago