‘I’m being crucified for doing nothing’ – Suspended PPA Boss 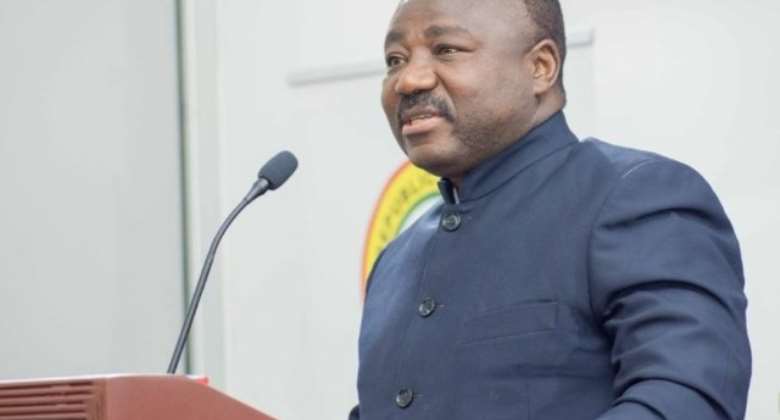 Suspended Chief Executive Officer of the Public Procurement Authority (PPA) has said he is unnecessarily being vilified by Ghanaians over unsubstantiated claims of corruption levelled against him.

“The public is simply speaking words of untruth. I regret the way I am being crucified for doing nothing,” he told the media after his interrogation by the Special Prosecutor.

He arrived at the office around 10 am following an invitation to him by the office.

In the documentary, a company, allegedly owned by Mr. Adjenim Adjei was found to be getting many government contracts through restrictive tendering and selling those contracts to others for profit.

“Whoever bought a contract from us should come and tell us…We have not sold any contract. Let him [Manasseh Azure Awuni] show us a signed contract that TDL has entered into with any company.”

Following the suspension of Mr. Adjei over the 'Contracts for Sale' documentary, many civil society organizations have called for the dissolution of the PPA Board for failing to exercise oversight responsibility in the award of contracts. We don't influence tender processes – PPA Board

But, the Board in a statement, however, absolved itself from blame, assuring that the findings of the probe by the Commission on Human Rights and Administrative Justice (CHRAJ) and Special Prosecutor will prove that it has no role in giving approvals for restrictive tendering and single-source procurement contracts.

It has also indicated its readiness to assist with the state agencies in their investigations to bring finality to the matter.