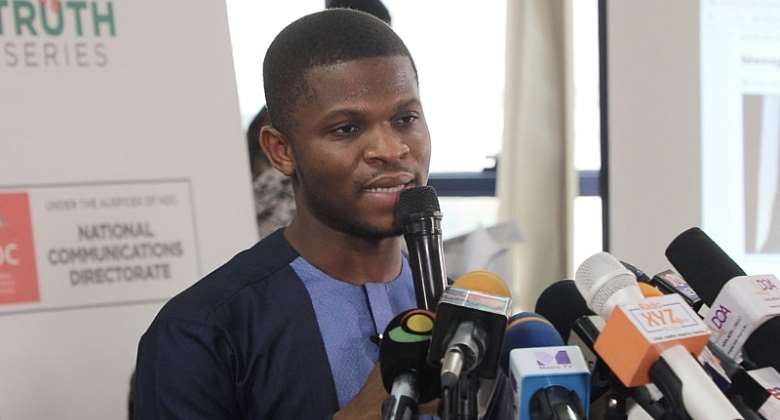 The opposition National Democratic Congress (NDC) is calling for the arrest and prosecution of the suspended Public Procurement Authority (PPA) boss, Adjenim Boateng Adjei, following corruption and conflict of interest allegations levelled against him.

“We demand the immediate arrest and prosecution of Mr. A.B Adjei as well as other officials of TDL such as the General Manager, who we saw in the documentary, the directors and other shareholders of the company,” National Communications Officer of the NDC, Sammy Gyamfi said at the party’s press conference organized today [Wednesday].

A documentary by journalist Manasseh Azure Awuni indicted the PPA boss for allegedly engaging in the sale of government contracts.

The documentary captured how Mr. Boateng established his own company, Talent Discovery Limited incorporated, in June 2017 which won some government contracts through restrictive tendering.

The company was in turn selling the contracts to individuals as revealed by Manasseh Azure Awuni's sting operations.

Mr. Gyamfi at the press conference dubbed Moments of Truth also called for the dissolution of the Board which in his view played a pivotal role in the procurement of contracts by the said company.

“The NDC demands the immediate dissolution of the PPA Board for their complicity and abetment of this heinous crime and for sleeping on their job. The suspension of all actors in the various MDA and agencies who played various roles in aiding and abetting the procurement of dubious contracts by TDL pending a forensic investigation into the matter..”

“Ladies and gentlemen, we ask why the Governing Board of the PPA, an accomplice in this grand collusion still in place? It is important to state that the suspension of the CEO of the PPA, Mr. A.B. Adjei is totally useless and meaningless unless it is linked to the dissolution of the PPA Board. We say so because it was the PPA Board which despite knowing that Mr. A.B Adjei was a shareholder of TDL, went ahead to approve the award of as many as 14 contracts to the company under restricted tender in flagrant disregard for the public procurement law and contravention of all accepted principle and fairness.”

President Nana Akufo-Addo last Thursday referred an issue of an alleged conflict of interest against Mr. Adjei to the Commission on Human Rights and Administrative Justice (CHRAJ).

The aspect on corruption was also referred to the office of the Special Prosecutor.

No one is above the law except the President - Oliver Barker...
48 minutes ago