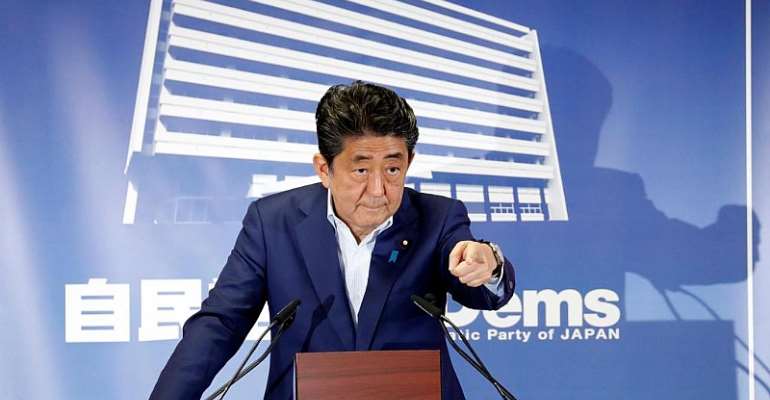 Iranian foreign minister Mohammad Javad Zarif continued his Asian tour with a visit to Japan on Tuesday. This follows his surprise visit to the G7 summit. While Washington's anti-Iran rhetoric seems to have softened, Zarif looks to strengthen ties with old allies in Asia.

China and Iran have a relationship that goes back twenty decades to when Persia was a crucial link on China's silk road. Today, Iran fits into China's massive infrastructural investment project, the Belt and Road Initiative, while China is an important buyer of Iranian oil.

Today, China is one of the few countries that continues to support Iran, in spite of renewed US sanctions.

According to a research memo by the neo-Conservative US think-tank Foundation for the Defense of Democracies (FDD) dated 10 September 2018, at least five major Chinese companies, including the China Railway Engineering Corporation and oil giant Sinopec, have indicated that they continue to do business with Iran, in spite of US complaints.

The same FDD memo notes that four Japanese companies withdrew all cooperation with Iran, while five others, including the Japan External Trade Organization (Jetro), which had made deals prior to the renewed US sanctions, did not announce any change of plans.

China is even less likely than Japan to give up cooperation with Iran simply to please Washington.

In 1979, Ayatollah Ruhollah Khomeini deposed the US-backed regime of Shah Mohammed Reza Pahlevi and founded the Islamic Republic of Iran.

“They will continue to work together closely around any sanctions in place. And more openly if there are no sanctions,” says Ghanem Nuseibeh, founder of London-based consultancy Cornerstone Global Associates.

Meanwhile, ties with Japan are crucial for Iran as well.

In June, Japan's Prime Minister Shinzo Abe paid a visit to Tehran, the first time in more than 40 years that a Japanese head of government has done so.

Tokyo and Tehran cherish amicable relations since the Iranian revolution of 1979.

Japan hopes for stability in the Middle East, the source of a steady stream of energy to the island nation that relies heavily on imported sources, especially since the 2011 earthquake which rendered the Fukuyama nuclear plant unusable.

Ease tensions
But the US has pressured Tokyo to stop buying Iranian oil, forcing the Japanese to search for alternatives.

“The Japanese have a strategic interest in making sure that the sanctions are not affecting the trade with the Iranians,” says Nuseibeh.

“But ultimately there is a limit to what the Japanese can do in terms of mediating between the Americans and the Iranians. The Japanese focus is mainly trade related. It has to be the Europeans who can make a difference and even that remains to be seen,” he says.

Meanwhile, the Japan Times has reported that Prime Minister Shinzo Abe and Iranian leader Hassan Rohani are planning to meet in late September at the United Nations General Assembly in New York.

The news came as Zarif said that his country “is not hoping tensions rise further” in the Middle East due to the standoff with the US over the 2015 Iran nuclear deal.

During a press conference after a meeting with Abe in Yokohama, Zarif said that “Iran welcomes the Japanese government's role in trying to ease tensions in the Middle East.”

Zarif will continue his Asian with a visit to Malaysia.

Decision To Let Us Manage Ambulances Laudable--Ambulance Ser...
31 minutes ago