We Don’t Influence Tender Processes – PPA Board Distance Itself 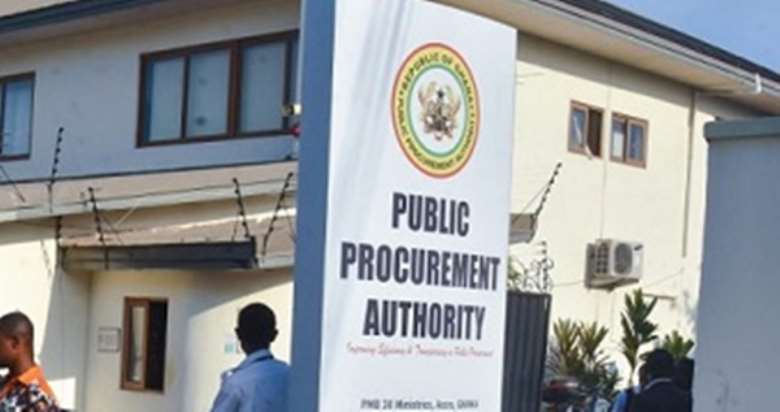 The Board of the Public Procurement Authority (PPA) has welcomed President Akufo-Addo’s direction for its suspended Chief Executive Officer (CEO), A.B Adjei to be investigated for corruption and conflict of interest.

Following the suspension of Mr. Adjei over the ‘Contracts for Sale’ documentary by Manasseh Awuni Azure, many civil society organizations have called for the dissolution of the PPA Board for failing to exercise oversight responsibility in the award of contracts.

But, the Board in a statement, however, absolved itself from blame, assuring that the findings of the probe by the Commission on Human Rights and Administrative Justice (CHRAJ) and Special Prosecutor will prove that it has no role in giving approvals for restrictive tendering and single-source procurement contracts.

It has also indicated its readiness to assist with the state agencies in their investigations to bring finality to the matter.

The PPA Board further mentioned that the current turn of events does not have the tendency to affect the smooth running of the Authority’s activities.

“In addition, we are optimistic that, it becomes clearer to the public that the Board does not have any control over the selection of suppliers, contractors, and consultants for goods, works, and services presented by procurement entities in their applications for approval for restricted and single-source procurement processes. The Board wishes to assure the public that, there is no disruption to the operations of the PPA”, portions of the statement added.