Renaming Of University: Is President Akuffo Addo Under The Spell Of 'juju'!?? 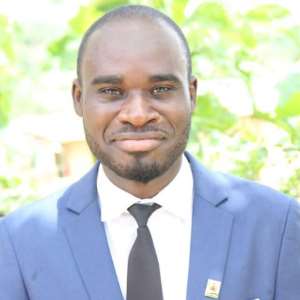 I have come across a lot of news headlines indicating, the President of the Republic has renamed UENR. I believe in the call, that media Personnel should be given continuous training despite their experience in the Profession. Another instance was when the media attributed the discovery of the dry bones to that of the missing Takoradi three girls. With this, some chose to unleash venom on the President of the Republic, believing that everything rise and fall on leadership. I situate this incident as hanging the dog and giving it a bad name. The President, in giving his keynote speech at the 4th Graduation Ceremony of UENR hinted "The decision is an excellent one which will receive the blessing of the President, so that, once the parliamentary process{President who believes in Rule of law and such principle is so cardinal in our very supreme law} has been completed, this University will thereafter be called the K. A. Busia University of Energy and Natural Resources...."(Ghanaweb General News: Is Akuffo Addo under the spell of juju- Manasseh Asks).

I believe if government spokespersons were swift or proactive, they could have averted this scaremongering headlines and its further comments from rumour scarecrows. It's only in Ghana that media personnel resort to sympathy and believe they are under an attack when they are subjected to their own code of conduct and ethics. First of all, it's palpable falsehood, that, His Excellency The President of the Republic has renamed UENR after the illustrious son of the soil, Prof. Kofi Abrefa Busia. The facts speaks for itself: The Governing Council in a letter dated 9th August, 2018, addressed to the Education Ministry which in part reads "... unanimously approved the renaming of the University after Prof. Kofi Abrefa Busia, a former Prime Minister of the Republic of Ghana". It further says "...he was the first African to attain position of a Professor in Ghana and remains an inspiration and icon in academia. The contributions of Prof. Busia.... was epitomized....by H.E.William Francis Hare, the last Governor General of Ghana who eulogized... as a man whose life was woven into the texture of African history and as such no one can write about the courage of independence after the long period of colonial rule or early years of the political development of Ghana, without referring to the significant contributions of Prof. Kofi Abrefa Busia to the building of a new Nation". The University Council concludes by saying "we are by this letter, respectfully, informing the Hon. Minister to consider the decision of Council to rename UENR as Busia University to honor the late Prime Minister of the Second Republic whose contributions to the development of Ghana cannot be underated." The said letter was signed by Benjamin Appiah Kubi as Acting Registrar/Secretary to Council. The above portion of facts in the letter do not in a way suggest that the council was under pressure or duress neither is it suggestive anywhere that the President or the Government overtly or covertly interfered in the instant decision: they did so with no coercive force of mind.

There's public sentiment that, Ghana does not eulogize its heroes and there has been instances where families have place a call on a President, wanting a family member to be remembered or named after a national asset and such calls receives swift response on the cliche that, a nation that do not honor its heroes is not worth dying for. Naming or renaming of national monuments is not a stillborn phenomenon in our dispensation. I will say, the President is only following convention in responding to the call of the citizenry, that our heroes must be honored and honored well to inspire others. The unfortunate is that, some believe the President is on a renaming spree and he is in a hurry to appease his political ancestors among sarcastic statement from some members of the society who are being mischievous with the subject matter.

I believe when the "NDC-NPP Kokofu ballob)" happens, we lose ourselves and forget about the great sacrifices, toil and achievements our pioneers obtained and build upon for generations: such attitude has the propensity to deter others from giving their all when they must, certainly, they know in their minds, that their country will prefer to dwell much on one's political affiliation than the contributions made.

In the midst of all this political affiliation which some seek to deny others their honor, hardly do people discredit such named heroes of their works. Franklin Cudjoe of IMANI GHANA has this to say "although Dr. Busia is a fine academic, the connection between him and the University of Energy and Natural Resources is rather long shot" (Myjoyonline. Com). If this statement was a spermatozoa, ovum would have rejected it outright. Maybe a theory must be propounded in honor of Franklin Cudjoe, that naming of a National Asset after its Martyrs should have a direct relationship: Cudjoism theory. Such argument is flawed and misleading, there has been times where people named after monuments were not part of those who conceptualize and developed such said monuments. Then, Franklin Cudjoe will go gaga should he also hears an argument that Akosombo Dam should be named after K. A. Gbedemah- Gbedemah Dam like that of Hoover Dam in the USA. In moving forward, I will share in the opinion of Prof. Kweku Asare, calling for a policy on which institutions in the country can be renamed. The only illusionary crime that some think the President has committed is that, the people whom majority of the citizenry are calling for them to be honored, shaped the country through a certain faction and idealogy or an association. The question then would be, if these men were not associated with such tradition, would they have accepted the renaming without any fierce attack? It's trite learning that, Constitutive Act of Parliament must be in place to validate the renaming of UENR and as it stands, I, KYEI BAFFOUR, the Black Nationalist, who believes in the ideals of Pan Africanism to the core support the decision of the University Council and until it goes through Parliamentary approval, I still regards the University as it is in its original name!