Can our food systems survive the onslaught of climate change? Yes, they can…. 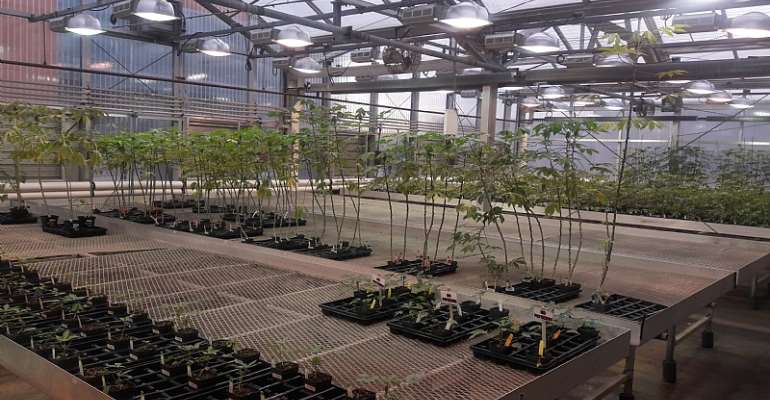 If you’ve paid any attention at all over the years to issues of the environment, food security and international politics, the latest United Nations’ report that’s drawing attention to how climate change is threatening food production will not surprise you.

We have all been aware for a very long time that temperatures are warmer or colder today than usual; the rains are falling either less or heavier today than usual; and extreme weather events like floods and hurricanes are more common. This has put extra-ordinary stress on food production systems from the smallholder farms at Bimbilla in northern Ghana to the mega farm fields in Iowa, USA. Climate change knows no race nor status. Everyone is a victim. In fact, it’s worse here in Ghana as was experienced in 2015 when the drought periods got so bad farmers held a special prayer session to call on God to intervene and release the waters from heaven.

But unfortunately, for a long time, efforts to tackle the problem have been hampered by a combination of lack of political will on the part of those in authority, lackadaisical posturing on the part of the masses, and the actions of special interest groups that are benefitting from the status quo.

So in their latest report, the Intergovernmental Panel on Climate Change (IPCC) — an international group of scientists convened by the UN to conduct research and advise policy makers on climate change — sought to remind us of the stark challenges staring us in the face and the need for new approaches to agriculture. Genetically modified and gene edited seeds are one way to ensure we have “climate-smart” crops that ensure a stable food supply. 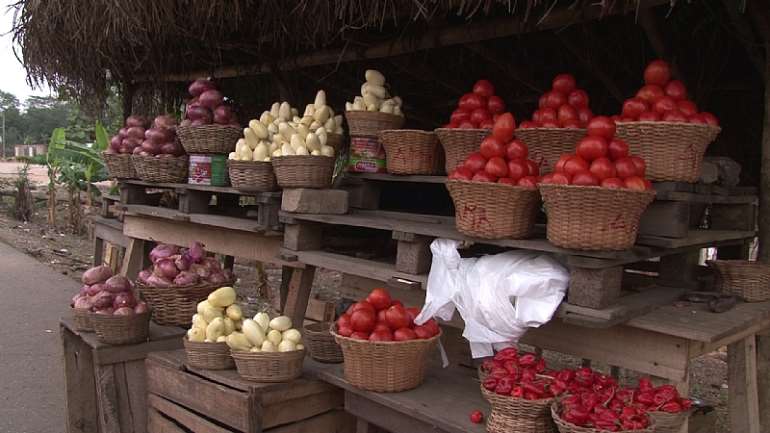 Authored by more than 100 scientists from about 52 countries across the world, the report is emphatic that climate change is endangering not only our planet but our ability to produce food while accelerating the danger of severe food shortages. In summary, the report said the following:

Climate change is making threats like floods, droughts and extreme weather more rampant which could “disrupt, and over time shrink, the global food supply.” Higher concentrations of carbon dioxide in the atmosphere as a result of the burning of more fossils will also reduce food’s nutritional quality, even as rising temperatures cut crop yields and harm livestock. Climate change is already hurting the availability of food because of decreased yields and lost land from erosion, desertification and rising seas, among other things. Overall, if emissions of greenhouse gases continue to rise, so will food costs.

And as if that was not enough, climate change is causing instability of agricultural incomes and widespread crop failure, thus contributing to migration and conflict.

If you were ever in doubt about the realism of climate change, this is your evidence. Because a lot of the above challenges are already happening now. But that is not the worst part of the story. The scariest aspect of it is that; “the challenges being brought on by changing weather is threatening to exceed the ability of the agriculture industry to adapt.” This should leave us all thinking deeply about where to turn to for solutions because as the available evidence points out, we are clearly overwhelmed. 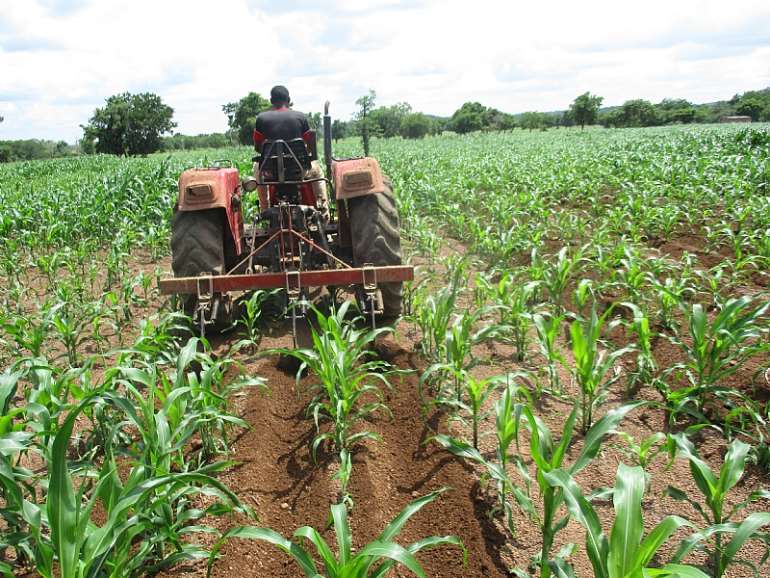 Where do we go from here?

Since the coming into existence of life, human ingenuity, the power of research, and most importantly, science and technology, have continually put us one step ahead of the biggest challenges we have faced on planet earth. But for that, we wouldn’t have survived till date.

But now, the IPCC report is warning that “the window to address these challenges is closing rapidly.” If we will be able to survive the challenge with the onslaught of climate change this time around as well and live to tell future generations the story of how we conquered it all, we need to go back to those same fundamentals; human ingenuity, research, science and technology.

The IPCC report made a number of suggestions but in summary, it says that in other to survive, we need to improve upon agricultural productivity and aim to use fewer inputs because “the world’s resources like land, water and forests are being exploited at unprecedented rates… putting dire pressure on the ability of humanity to feed itself.” Specifically, the report identifies improving efficiency through precision agriculture, genetic improvements and crop/livestock breeding as some of the efforts that could make a big difference. 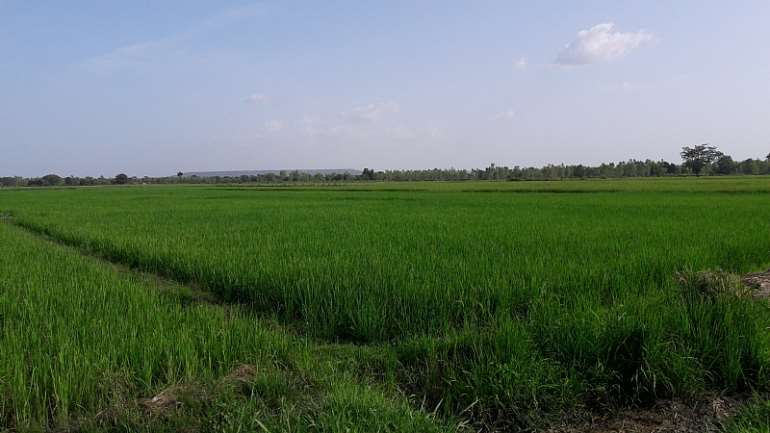 Agricultural biotechnology products (including genetically modified organisms) that have improved genetics as a result of genetic manipulation are already making a big difference. The technology clearly provides a shining example that can help turn the tides and put the world back on the right track in both helping stall climate change and confronting its impact.

Since they were first introduced into the food chain 23 years ago, genetically modified crops have become the fastest-adopted technology and are currently grown on more than 189.8 million hectares of land in 24 countries, including India, South Sudan, Bangladesh, Argentina and USA. They have helped boost productivity on farms enormously by reducing pest attacks and making farming more efficient. And that is obviously what we need in this era when climate change is delving such unprecedented blow to food systems across the world.

Data from the International Service for the Acquisition of Agri-Biotech Applications (ISAAA) shows biotech crops have increased productivity on farms by 657.6 million tons of crops in the first 20 years of its introduction. This has helped conserve biodiversity by saving 183 million hectares of land which would have been destroyed to produce this additional amount of food but for biotech crops.

GMOs have helped protect the environment by preventing the use of 671 million kg active ingredients of pesticides over the last two decades. In the year 2016 alone, GMOs helped reduce carbon dioxide emissions by 27.1 billion kg (equivalent to taking 16.7 million cars off the road for one year).

In countries like Bangladesh, GM eggplant is helping farmers earn higher income as they report a six-fold increase in their earnings. Between 1996 and 2016, biotech crops have added an estimated US$186.1 billion in economic benefits to the wealth of more than 17 million farmers, 95% of whom come from developing countries. Obviously, these are the kinds of returns farmers who form majority of the world’s poorest people need if they can be able to raise enough money to construct irrigation facilities and build resilience against the impact of climate change.

Right here in Ghana, research has shown that new improved GMO cowpea variety expected to be released later this year will grow the nation’s cowpea sector by nearly 10% annually over the next six years and add US$52million (GH₵230m) to the cowpea production economy by 2025 whilst cutting insecticide use by up to 75%. 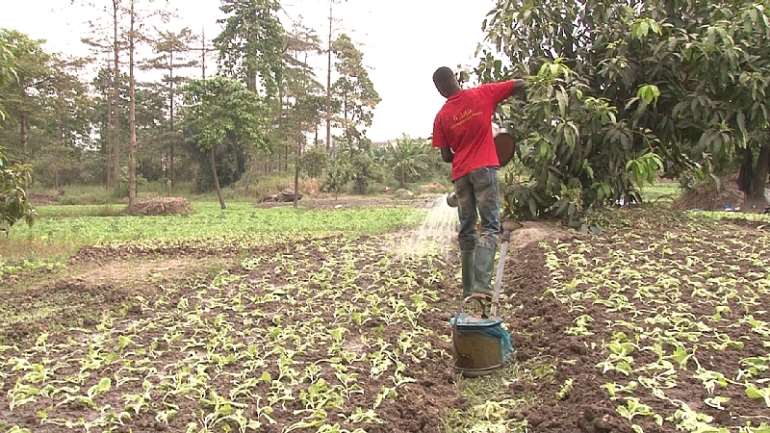 Gene editing to do even better

And gene editing has the potential to do even more. Using the CRISPR technology, the Innovative Genomics Institute is developing cocoa plants that have capacity to withstand warmer conditions and resist diseases. Work is ongoing on CRISPR-modified banana with high vitamin A content to fight blindness.

The same technology is being used to develop cassava varieties that are resistant to the brown streak virus and the cassava mosaic virus, which farmers in Africa battle with every year on their fields without success, causing them huge losses. And when it comes to livestock, CRISPR is helping create virus-resistant chickens and pigs, and cattle tolerant to heat. CRISPR has the potential to correct defects in living organisms to stop the perpetuation of diseases and non-desired traits.

The sad part is that the above technologies and their products have been embroiled in bitter, politically inspired controversies that are making it impossible for them to reach ordinary farmers who need them most. Across the entire African continent of 54 countries, only South Africa and South Sudan farmers are growing GM crops on about 2.9 million hectares of farm fields. They reap the benefit of the technology everyday but no one is sure when it will reach their colleagues in other parts of the world.

The track record of these biotech crops when it comes to human health are impeccable. For more than 20 years now, billions of ‘human trials’ unfolding as people in both advanced and developing countries consume GMO crops everyday confirm that the red flags about its safety is more of a hoax than a reality.

It’s about time regulations are made less cumbersome and decisions on the type of technology that should drive agricultural production are made using science based evidence instead of fear mongering. Just maybe, opening up to these technologies, and adding them to the tool box along with organic production and conventional plant breeding, will help make our food systems a lot more resilient to climate change. But let no one shut the door on the potential of these modern technologies.

The authors Evans Okomeng and John Awuku Dziwornu are farmers at Apam in the Central Region and Asutsuare in the Greater Accra Region respectively. Evans is CEO of Millennium Farms and John is with the Ghana National Farmers and Fishermen Association.