Corruption In Ghana, The Myths And The Realities 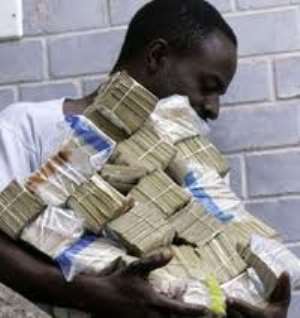 According to transparency international, Ghana is a stable country after its transition to multi party democracy in 1992. However, every government institution in Ghana is corrupt with the worst culprits being the judicial and the police services.

These are the facts, at least from an international perspective. within the country, we may have our own figures depending on the part of the political aisle you belong.

Of course not. Apart from civil society organisations that genuinely raise periodic alarms and the relentless efforts of investigative journalists in revealing corrupt practices, few individuals actually care about the fight against corruption in Ghana. This is because most individuals and families stand to benefit from the corruption venture. The governments in the fourth republic tactically appear to be fighting corruption but we are a living confirmation of their corrupt credentials. Fighting corruption is not an event but a process. Starting from legislation which is abundant in Ghana to implementation which we rarely see, except few cases of political opponents, to maiming and shaming which has never happened in my life time, corruption seem to be a lucrative industry in Ghana. The industry is booming very well. The beneficiaries of corruption are demi gods, untouchable, have imunity and are ready to kill to make the industry thrive. The victims, poor ordinary Ghanaians who do not have good drinking water, health facilities and die like an infested poultry.

The creed of corrupt officials and individuals is greed. From cars parked in their homes to buildings they cannot count, their greed is insatiable. But who is responsible for the fight?

We pretend to be fighting corruption in Ghana but in reality, we nurse the seeds of corruption daily in Ghana.

Every fight against corruption must start from the top as in the Singapore experience but in Ghana, we goal the small thieves and elect the big thieves into public office. How can we claim to be fighting corruption when state officials mandated to fight against "galamsey" for example, are caught on camera collecting monies for illegal activities and are being exonerated even before investigations into the matter are conducted? Is the mere creation of the office of the Special prosecutor enough in the fight against corruption?

The following are what we must do to commit ourselves to the fight against corruption.

Our very attitude must make corruption an uncomfortable venture for those who engage in it. We must not be quick to celebrate wealth without understanding the source.

Starting the corruption fight from top government officials with imunity

The fight against corruption will be quickly won if it starts from the top. For example, and this is just an example with no malice, imagine Kwesi Nyantakyi is jailed with all his assets taken over by the state, which subsequent GFA president will ever engage in the level of irresponsibility of Nyantakyi?

The most potent weapon to fight any crime in any state is upright citizens. When the citizens rise, their power is beyond boundaries. We need more citizen movements for the corruption fight.

We must do these and do it with dedication for a future yet unborn.