Senyo Hosi Writes: Kwame Nkrumah Is Not The Only And The UGCC’S 4th August Can’t Be The Date 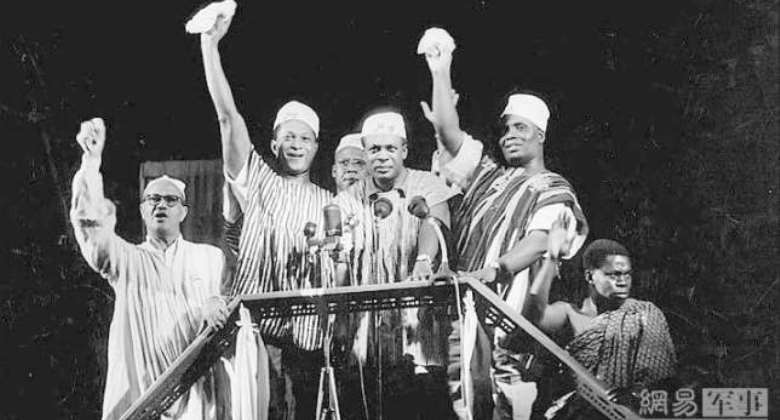 For starters, neither the UGCC nor the CPP symbolizes our first organized pursuit of the freedoms and independence of the citizens of what we call Ghana today. It is unfortunate that citizens today continue feasting on the divisive disagreements and egoistic wars between our freedom fighters. We should rather be rallying around the common good they stood for. They all sought the freedom of the citizenry and sacrificed their skills, freedoms, and resources to realize the aspiration of an independent Ghana. They all deserve to be celebrated.

Their unhealthy and egoistic drawbacks that inspired deep bitterness and malevolent acts against each other and ultimately the very State they claimed to love, should rather be learnings for citizens today and not steroids for us to pursue a paralysing divisiveness. None of that bitterness made us better as a people or country.

The Gold Coast Aborigines' Rights Protection Society (ARPS) was our first structured grouping to set the stage for our pursuit of independence. Formed in 1897, it was the main political organization that organized and sustained opposition against the colonial government. The ARPS was founded by traditional leaders and the educated elite such as J.W. de Graft-Johnson, Jacob Wilson Sey, J. P. Brown, J. E. Casely Hayford, and John Mensah Sarbah.

They fought in Ghana and in the UK to prevent the wholesale expropriation of Ghanaian lands by European entrepreneurs or officials. The ARPS went on to campaign against the exclusion of qualified Africans from the colonial administration. Their interventions inspired the return of many educated Ghanaians to the homeland to pursue our independence. After the ARPS, various organizations (like the National Congress of British West Africa) were formed championing greater autonomy and political participation by the citizens.

The role of the UGCC and the CPP is too told and needs no further emphasis. Both mobilized for independence with different views to time and style. Either way, each contributed to what we have today. The 1948 riots and the Watson Commission, which recommended the change in the constitution paved the way for both parties to partake in elections, leading to Kwame Nkrumah’s election as Leader of Government business in 1951 and eventually Ghana’s first President. The riots marked the beginning of the end of the independence struggle and saw all members of the Big Six arrested.

From the above summary, I hold the opinion that;

The celebration of our forebears should unite us and not divide us. As things stand, the position of the apostrophe and the celebrating date shall continue to change depending on the party in power. This is wrong. It deepens the political polarisation and desecrates the blood-laden struggle for independence.

We must remember that our forebears were human with all the human frailties. Let’s rather rally around their common good and that which united them and not fester the strife that separated them.

As we pursue a future for Ghana, we must rest our divisive past and be reminded that Ghana is not binary for we are one people and one nation with a common destiny.