Dreams Of A Gluttonous Pastor! 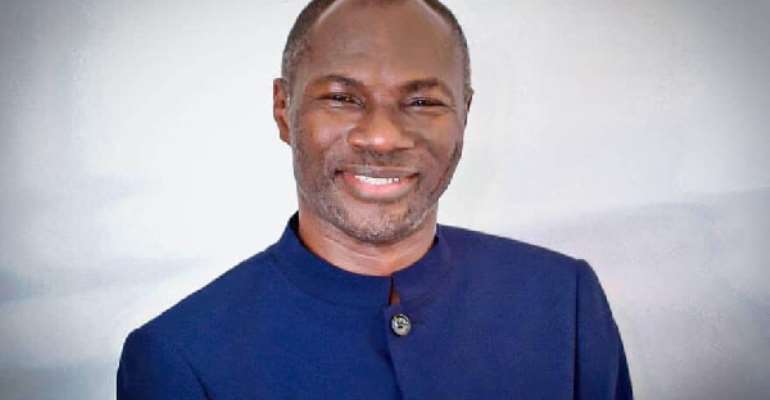 “Beware of the false prophets, who come to you in sheep's clothing, but inwardly are ravenous wolves. You will know them by their fruits. Grapes are not gathered from thorn bushes nor figs from thistles, are they? So every good tree bears good fruit, but the bad tree bears bad fruit. A good tree cannot produce bad fruit, nor can a bad tree produce good fruit. Every tree that does not bear good fruit is cut down and thrown into the fire. So then, you will know them by their fruits” — Matthew 7:15-20.

I have time without number professed my faith. For sure, any ardent reader of this column can attest to the fact that I do not hesitate to proclaim my association with the Islamic faith, when the need arises. To say I’m a proud Muslim would be an understatement.

But I equally have respect for other faiths. Be it a Christian, Buddhist, Judaist or Traditionalist, I respect everyone’s choice of religion. I’ve never castigated or disrespected any faith in this column, and today wouldn’t be an exception. I, however, will dare to call a spade by its real name even if it may sound offensive to tribal bigots parading as prophets of the Bearded Old Man above.

The country woke up last week to the news of a prophet tongue-lashing Ashanti, Fante and Ewe women, with the former bearing the brunt of his insults. How he was tongue-lashed in return by his compatriots for the nation-wrecking comments!

Many were those who expected him to swiftly apologize for his mistake in order to put the matter to rest, but not Yours truly. I knew he would rather do the exact opposite; and his actions so far have proven me right.

I’ve had the occasion to discuss Prophet Emmanuel Badu Kobi in this column. I first heard of him in the heat of the 2016 campaign. He came to my attention when I first heard of his prophecy about then Candidate Nana Dee. He stated that there was no way Nana Dee could become president in this country. He was so emphatic that one could not help but wonder if he was the Bearded Old Man’s consultant.

Though not a Christian, I became very worried. I was worried because I shuddered to imagine another four years under the leadership of corrupt and incompetent President Ogwanfunu. His prophecy gave me sleepless nights, and I’m sure many folks from the Elephant stock experienced same.

I became even more worried when he jumped from one station to the other trumpeting his message of Nana Dee’s imminent disgrace at the 2016 polls. He espoused all manner of analysis to support his claim that Nana Dee could never get 50% + 1 to become president.

I eased up somewhat when I heard another prophecy from a different prophet proclaiming the impending victory of Nana Dee. This prophet happened to be Prophet Owusu Bempah, Prophet Kobi’s spiritual father.

Interesting, isn’t it? Many wondered how the Bearded Old Man above could give contrasting messages on the same issue to his prophets. Certainly, one of the two prophets was propagating palpable falsehood. We, therefore, waited anxiously for the 2016 presidential polls for it was the only way we could tell who between the two was a true prophet and who was not.

When Commissioner Charlotte Osei finally announced the results after a long wait, it became obvious to us which prophecy was from the Bearded Old Man. We also got to know which of the two prophecies was as a result of too much eating, otherwise known as gluttony.

Yes, you heard right! Too much eating could make one have funny dreams in his sleep. If one is not careful, one may misconstrue such funny dreams to mean prophecies from the Bearded Old Man. I thus concluded that Prophet Badu Kobi’s prophecy on the 2016 polls was as a result of too much eating.

Same happened when he ate a mountain bowl of fufu one night and came out the following morning screaming on radio that President Buhari was going to lose the polls in Anagoland. He even dared to give out figures. But in the end, the results of the polls proved that he was a prophet whose prophecies were inspired by gluttony.

I strongly suspect it was same in the tribal bigotry case. The prophet might have eaten too much fufu the previous night, which made him have very funny dreams about women from some tribes in the country. He was a lead researcher on marital affairs in the dream – the main reason he loves the title ‘Dr’ being added to his name.

Clearly, he epitomizes what the Bearded Old Man said in Jeremiah 23:16, “Do not listen to what the prophets are prophesying to you; they fill you with false hopes. They speak visions from their own minds, not from the mouth of the Lord.”

I’ve dared to criticize the so-called Mawu’s anointed. So let him invite death upon me, as he had threatened against his critics, and bring back his son from Samanfoland to the land of the living if he has any power over life and death.

The author has 156 publications published on Modern Ghana.

JHS Not Increased To Four Years Or Reduced SHS Duration – Na...
19 minutes ago

We've Been Begging To Survive Over Closure Of Our Shops – N...
19 minutes ago