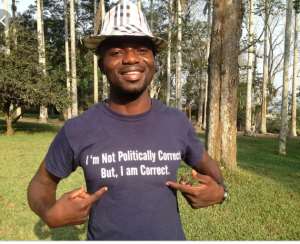 A few hours ago, news broke out that ace investigative journalist Manasseh Azure Awuni who has been working with the Multimedia Group for the past six and half years has resigned. This was confirmed by a post the controversial journalist made on his Facebook wall in the late hours of 3rd August 2019. There are no clearly stated reasons for his early resignation from the Multimedia Group though many people have their own speculations and this is usual of typical average literate Ghanaian.

Without a doubt, the award-winning journalist is one of Ghana’s finest and respected journalists even on the international front. One would have thought and expected that he would have worked longer with the Multimedia Group but no, Manasseh may have a different agenda. His resignation may have brought some comfort and relief to his enemies who want his downfall and many of the nation’s politicians from the two large political parties maybe because of what he stood for during his days at the Multimedia Group.

As a journalist of his caliber, and looking at his interest in the field of journalism, it is not surprising if the government of the day has some issues with some of his reportage and documentaries because it is an open secret that the previous government had issues with him too. And future governments will continue to have problems with him until politicians begin to do the needful.

Ghana’s Special Prosecutor Martin Amidu who has been in office for more than one and a half years with no tangible work done should have resigned by now. He admittedly confirmed his frustrations in his working environment. But understandably, he won’t resign because he rather sees resignation as a failure. Many leaders with this unfortunate mentality exist in many governments and private institutions and agencies across the length and breadth of our country. It’s sad, right? In May this year, in peace and with dignity, Theresa May resigned from her position as the Prime Minister of Britain.

As much as I am an avid reader of Manasseh’s writings and follower of his reportage and documentaries, I do so objectively. The hallmark of a mentee is not to blindly follow mentors. I wish Manasseh Azure Awuni well in his future endeavors.

Edward Aloryito is an author, clinician, analyst and columnist. His multiple award-winning best selling book "Strategic Ways to the Top" is making impact in the lives of many. To order for your copy or for bulk purchases, contact +233245194693, +233202659394. Email: [email protected]