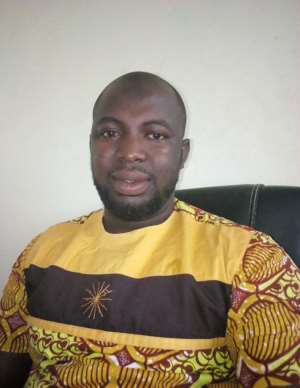 The Bawku Municipality in the Upper East Region until renewed conflicts in the early 2000s has been the gateway for economic and commercial hub to Northern Ghana. The people of Bawku have smoked the peace pipe and are now once again the ever-loving and friendly people. From Gingande to Kpalwega; from Sabungari to Natinga; From Mognori to Manzema; one does not panic or fear the sound of a gun. The peace in the Municipality is indeed refreshing.

Worryingly, the Bawku Municipality has become popular in the news once again, largely because of ill political commitment in fixing the major road linking Bawku and its environs to neighboring countries of Togo and Burkina Faso. The Bawku Municipality is fast losing its glorious status as a ‘Business Town’ because the road network that was serving as growth pulls is worsening business and commerce in one of the most industrious towns of Northern Ghana. The Heavy dust, mud, pots wholes have increased the traveling minutes from 45 minutes drive to about three hours- from Bolga to Bawku.

The bad nature of the roads has led to a rise in armed robbery and fatalities that has worsen families’ fortunes. The Municipality, in particular, has lost sons and daughters from the stretch of the roads because; it has fast become a death trap. The people of the Upper East Region and the Bawku Municipality, in particular, are worried of the continuous ill commitment from past and current governments in giving timeline in fixing the problem. The clarion call of many loving people of Upper East Region and Bawku, in particular, is for government to act immediately in solving the problems. The masses are not interested in political commentary and debate on the political scores on the road. Their appeal to government is to renew commitment and as a matter of urgency engage the contractor to move onto the site to get the road fixed.

The importance of the Bolga- Bawku- Pulmakom Road is not in doubt. The roads take one to Messiga before one could branch to Kulgungu, a place that has historical significance with Ghana’s landmarks political history – where an attempt was made to kill the first president of Ghana. The Bawku Municipality and its environs still feed Ghana with vegetables such as groundnuts, onions, soya, and beans. Farmers’ achievements in National Best farmers Awards in these categories prove right. More so, the Town is a gateway to supplying southern Ghana with cattle. Finally, the entrepreneur abilities of youth and elderly people in the Town further brings the significance of the roads into high perspective.

Section of the Bolga- Bawku road in deplorable state

I must also admit that listening to the mid-year review of the 2019 Budget and supplementary budget reading in parliament, it brought about some hope to me as an indigent of Bawku, when the Finance minister indicated that soon the contractor will be on the site. However, I am doubtful because previous and current government have a character for not acting on time. It should not just be a political statement; Efforts must be made to getting the roads fixed as a priority.

It must be emphasized that, political actors, academia and private citizens from the Bawku Municipality demonstrated greed, selfishness, and self-centeredness as they failed to show leadership in pressing on government to fix the road. It is time they remember that posterity will judge them... We the People of Upper East and Bawku, in particular, will not relent on our effort to see the road fixed in order to reduce frustration and suffering we go through. #FixBolga-Bawku-PulmakomRoadNow