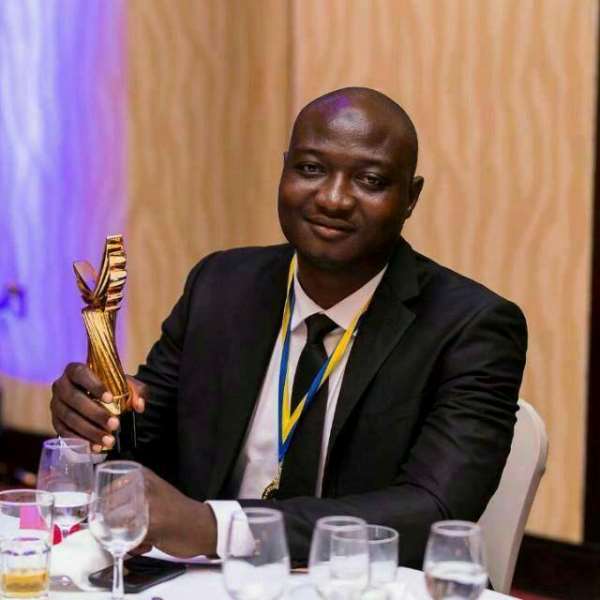 On July 2nd 2019, the list of over 100 most influential people was released in Daily Graphic by Rudder Communications (RUDCOM) and signed by the editor of SavannahNewsOnline.com Mr. Ziem Joseph.

The list contained most influential personalities in various fields in which the current Vice President, Dr. Mahamudu Bawumia, former President John Mahama, Minority Leader of Parliament Hon. Haruna Iddrisu, among other, were named.

Mr. Prince Siita Sofo Hissan is the CEO of NTV Ghana and BATV- Brong Ahafo. He is noted to be the first to set up a successful Television station in Northern Ghana. Through the power of the media, he has managed to project Northern Ghana very well and brought about development through this same medium.

As a young man from the north, he serves as a mentor to many youths from the area and has impacted not only the youth of Ghana but Africa at large. Last year he spoke at the all African Student Union (AASU) program in Kigali- Rwanda, and to youth across the length and breadth of the continent. He also spoke at the African Youth and Talent Summit – Kenya, under the theme “Leadership And Youth Development as a Tool for Africa’s Development” and is also billed to speak in Nigeria next month at a similar event.

He hails from Wa in the Upper West Region of Ghana. He attended T.I Ahmadiyya Senior High school after which he proceeded to Sunyani Polytechnic to read Marketing (HND). He obtained a Bachelor in Management Studies from the University of Cape Coast. He holds an MBA in Marketing from the Paris Graduate School of Management.

Mr. Siita was recently crowned by National Youth Authority (NYA) as one of the stars of the Northern zone including Hon. Alban Bagbin (2nd Deputy speaker of Parliament), minority leader Hon. Haruna Iddrisu, among others. As part of his role in promoting peace, he has received an award by Northern Youth for Peace as a Peace Ambassador, and was earlier this year given ‘Cola’ to be enskinned as a development and peace Chief with the title MALTINAA (PEACE-MAKER), in Yendi, the paramountcy of Dagbon kingdom by ‘Guntilanaa Paramountcy’ which is also under the YAA-NAA (overload of Dagbon Kingdom).

As an author, he uses his books as a tool for change, to educate the youth of Ghana, and as such he is currently a member of Ghana Writers Association (GAW). His last book was gladly forwarded by Prince Kofi Amoabeng, the UT holdings founder.

Successively he has won the 40 under 40 awards as the CEO of the year media category (2017 and 2018). He also won the MOBEC Award as the most influential business person in Northern Ghana for the year 2017.

Siita Sofo Hissan was also nominated as the most promising entrepreneur of the year – 2018; by the Ghana Entrepreneurship Foundation. He is a brand ambassador for the Laweh University in Nungua Accra where he is working assiduously to make tertiary education accessible to a lot of young people in Northern Ghana.

He serves as a board member for Real Tamale United(RTU) and has been financing and supporting a Wa based football club (Maana FC) where he is helping to develop sports in that part of the region.

He currently sits as patron to many youth clubs in Northern Ghana including Young African Great minds, Clean Hands Foundation among others.

This is a summary of his feats and remarkable achievements that puts him ahead of his peers; thus putting him in a better position of becoming one of the topmost influential people from Northern Ghana. Voting is on but is set to end on the 31st of July, 2019 and the winners announced early next month.