The Role Of The Private Sector In Inter-Africa Trade 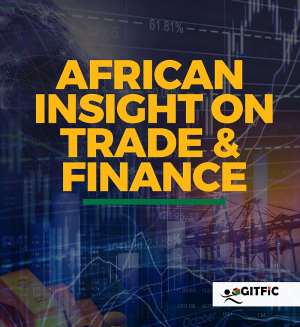 The private sector has a crucial role to play in making regional integration work for Africa because, though trade agreements are signed by Governments, it is the private sector that understands the constraints facing enterprises and is in a position to take advantage of the opportunities created by such agreements and regional trade initiatives. For the objectives of regional integration in Africa to be realized, African Governments therefore have to create more space for the private sector to play an active role in the integration process instead of leaving the sector to act as a passive participant. Steps taken by many African countries in the 1980s and 1990s to build the capacity of the private sector included reform of the business environment, such as the protection of property rights, relaxation of labour regulations and other structural adjustments. Yet the experience of the past three decades has shown that, while these reforms may be necessary, they are not sufficient to promote entrepreneurship, unlock private sector dynamism and boost productive capacity in the region.

The African private sector faces several challenges. These include high and rising informality, small size of enterprises, weak inter-firm linkages, low level of export competitiveness and low innovation capabilities. These challenges are compounded by the fact that regional integration initiatives aimed at promoting trade tend to focus on processes, such as the removal of trade barriers, without the commensurate attention to the building of productive capacities and private sector development that would effectively address the consequent weaknesses. There is certainly a need to shift away from this linear and process-based approach towards a greater development focus.

Regional trade in Africa remains low. Over the past decade, only about 12 percent of Africa’s total trade took place within the continent. One of the major reasons for the weakness in the continent’s regional trade performance has been the lack of a private sector that is dynamic and vibrant enough to seize existing opportunities in the trading system. However, there is HOPE stirring at us now thus; the implementation of the AFRICAN CONTINENTAL FREE TRADE AREA. This Free Trade Area is widely touted to be the BREAKTHROUGH Africa needs in order to get it right in terms of INTRA-TRADE. Ghana has been confirmed to host the secretariat of the AfCFTA at the just ended 12th EXTRAORDINARY SUMMIT which took place in Niamey, Niger. I will share my professional views of what this means to the Ghanaian Economy hopefully in my next opinion but certainly, the AfCFTA will serve as the ground breaking for trade amongst member-states in Africa.

However, against this backdrop, this policy brief identifies some POLICY BRIEF Key points and these are spelt out below;

• African Governments should create more space for the private sector to play an active role in the regional integration and development process.

Resource-rich African countries such as Ghana, Chad, Libya, Botswana and Nigeria have set up sovereign wealth funds. These resources could be leveraged to fund regional and continental infrastructure projects. Regional development finance institutions, such as the African Development Bank or the ECOWAS Bank for Investment & Development also have an important role to play in financing infrastructure development, and this would certainly improve the operational and competitive environment for enterprises and make finance more accessible and less costly. Another vital area that needs to be creatively addressed in the capacitating of African enterprises thus; access to financial resources, which studies suggest is one of the major constraints to private sector development in Africa.

Private firms in Africa have a hard time getting access to affordable and long term finance for their businesses. Only about 23 percent of African enterprises have access to loans or lines of credit compared to 46 percent for non-African developing countries. It has been established that even this 23 percent gets loans at interest rates that are sometimes up to 21 & 26 percentage which is higher than their counterparts in other regions of the world like the US, Western and Central Europe and some parts of Asia. The high interest rates are also often coupled with forbidding collateral requirements. This scarcity of access to finance is especially serious for small and medium enterprises (SMEs) as banks tend to target large enterprises. Meeting the financing needs of SMEs is given low priority by domestic financial institutions. There are ways in which African Governments could work closely with the private sector to improve the financial infrastructure on the continent.